The Wonder Stuff and the time machine

Home » Family » The Wonder Stuff and the time machine

There’s nothing quite like seeing your teenage idols to remind you how old you actually are. I know that I’m 46 and that I have three teenagers (one of whom is actually an adult), but in my head I often feel somewhere between 19 and 23.

I was into The Wonder Stuff even before Levellers, my very favourite band. The ‘Stuffies’ remained one of my favourite bands for many years. Their music is indie pop. Like the Levellers, there is a bit of a folk edge to it, but it is slightly heavier and the lyrics are often humorous.

I saw them live a couple of times back in the day, then saw them supporting the Levellers a few years ago and doing a joint headline set with Ned’s Atomic Dustbin last year. But anyway, I was particularly keen to go to this particular tour as they were playing their first two albums – The Eight Legged Groove Machine and Hup through in full. Admittedly, my favourite album of theirs is their third album, Never Loved Elvis, but I listened to Hup and The Eight Legged Groove Machine many times over the years. I think I actually parted with cash for Hup, but Eight Legged Groove Machine would have been on a tape, recorded from a friend, who would have recorded it from another friend, who recorded it from another friend. (Is anyone else old enough to remember acquiring the majority of their music in this way?) 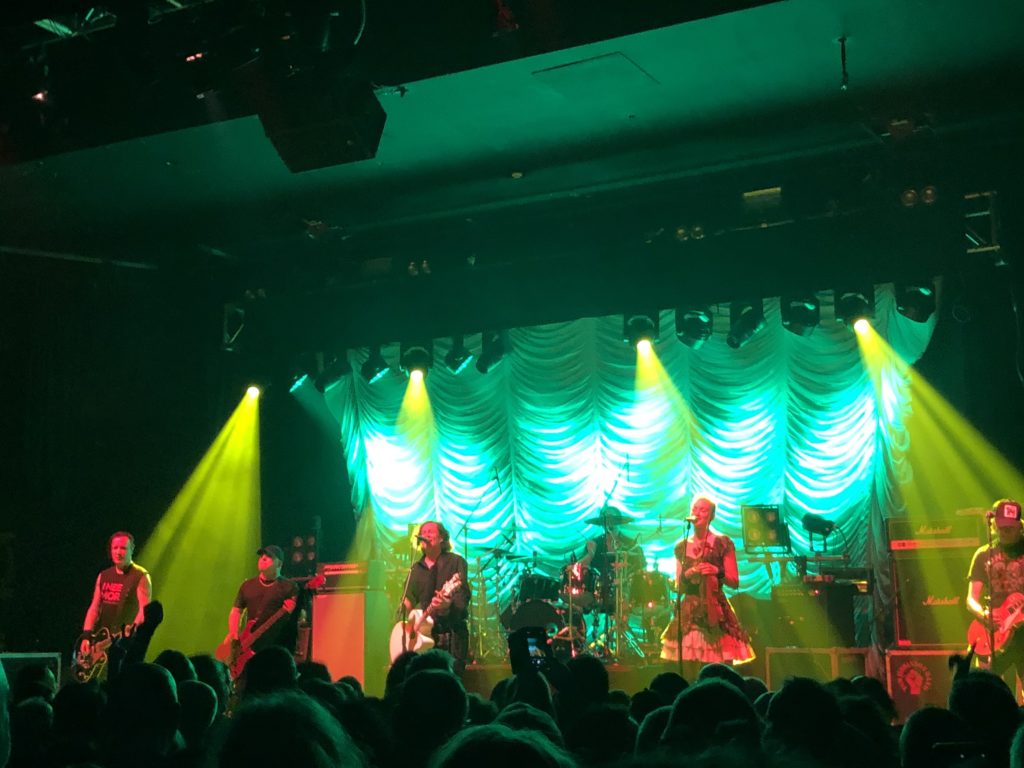 Can any other 90s indie kids identify this song just by the lighting?

Looking around the venue, it seemed like everyone was in their 50s – and 90% of them were male. I thought about how cool and beautiful these people would have looked 25 or 30 years ago when they were first watching The Wonder Stuff. But they probably don’t feel any different now to how they felt then, just as I don’t.

The Wonder Stuff came onto the stage. Frontman Miles Hunt was a beautiful man with long dark hair back in the day. Now he’s a middle aged man with not quite as long, but still dark, hair. When he sang and played guitar, he looked almost exactly the same as Mark, the Levellers’ frontman. Two beautiful young men who had looked quite different in the 90s look almost the same as we approach 2020 and the end of another decade.

And I wasn’t the only one having those thoughts. Miles Hunt told us all that the concert was a time machine (the 30th anniversary of Hup). We would dance and go wild as though we were still in our 20s. We wouldn’t be fat, bald men any more (his words, not mine – considering the age of the audience and the high proportion of men, there weren’t many who were fat and bald) – by the time we left the venue, we would look 18 again.

And that’s the great thing about music, it has the power to take you back. Dancing to those songs, some of which I probably haven’t listened to in over 20 years, the words all came back and I really did feel like a teenager again.

When The Wonder Stuff played 30 Years in the Bathroom, it hit me just how long 30 years really is. It contains a lyric ‘I’ve been stuck in here since 1959’ and they’d changed that to ‘I’ve been stuck in here since 1989’. Thirty years in the bathroom and then 30 years since the album was released. If that doesn’t make a person feel old, I don’t know what does.

I had questioned whether we really ‘needed’ to drive to Bristol in the midweek, just before Christmas, but we did. Music, whether current music or the music of our youth, is a wonderful thing. It helps to forget the realities of being an adult and a parent, not to mention the general election. The Wonder Stuff really had created a time machine.

Now has anyone got a tape of Eight Legged Groove Machine I could copy? Or should I just embrace the 21st century and Spotify? 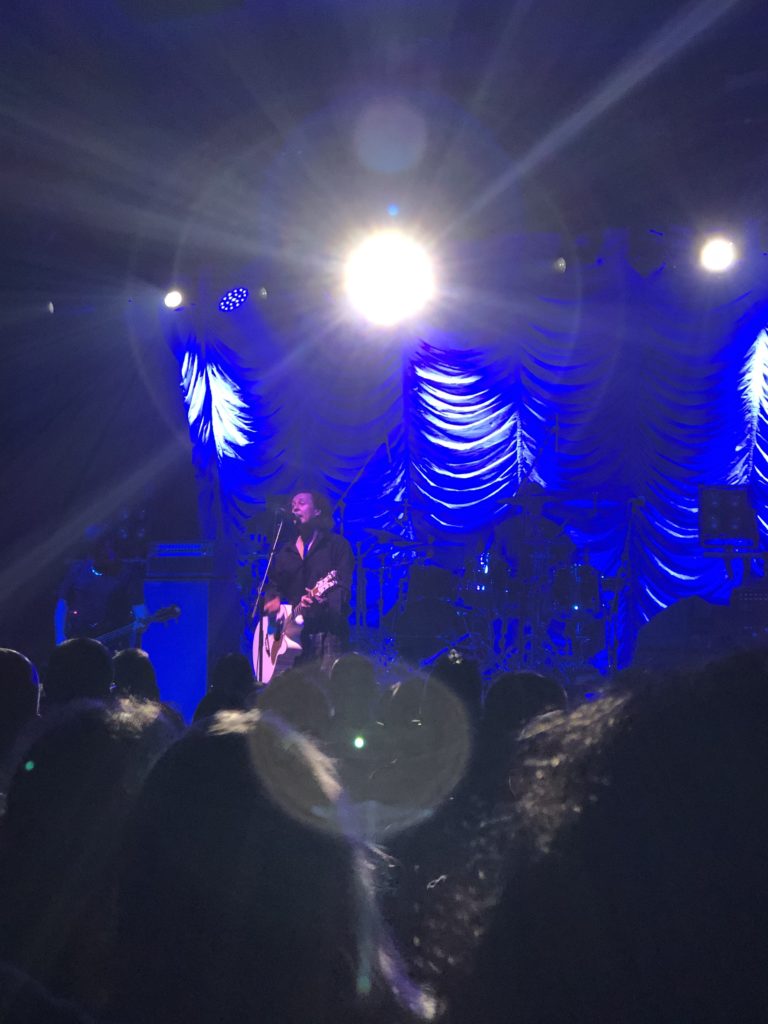