Ned’s Atomic Dustbin, the Wonder Stuff and not growing old

We know a bona fide rock star. I can’t imagine how cool my 17 year old self would have thought that was. You have to be of a certain age and been into a certain type of music to know his band, but in the indie and alternative scene of the 90s, Ned’s Atomic Dustbin were big.

I’d heard of him before I met him. When I did meet him, he was nothing like you would imagine a ‘rock star’ to be. He’s a dad with a normal, responsible job who wears normal clothes, just a completely regular bloke in his 40s.

Back in the early 90s when I was in Lower 6th, just before I discovered the Levellers (yes, there really was life before the Levellers), my favourite band was the Wonder Stuff. My favourite album was Never Loved Elvis and my favourite song Here Comes Everyone.

I saw the Wonder Stuff a couple of times back in the day and also saw them supporting the Levellers in more recent years (I think it may have been the time when my eldest was in year 4 and we thought it was a good idea to take him to a Levellers concert in Birmingham on a school night).

Ned’s Atomic Dustbin haven’t toured in years, but when I saw they were doing a joint headline tour with the Wonder Stuff, I knew we had to go. Not just my husband and I, but the boys too. The boys aren’t familiar with either band’s music, but my eldest tends to like more alternative music and my younger son just enjoys going anywhere a bit different.

I think there were about 10 kids in the entire venue, four of whom we knew, and hardly anyone under the age of 40.

Talking to our friend before the show, he said it had been nice for his kids to see the younger him. To know that he hasn’t always been a dad who works in an office. I feel the same too, but I’m not a rock star, I’m just someone who enjoys live music, dancing, singing along and losing myself. Which my kids find a bit embarrassing. It’s not embarrassing when your dad is actually one of the guys on stage being cool, though. 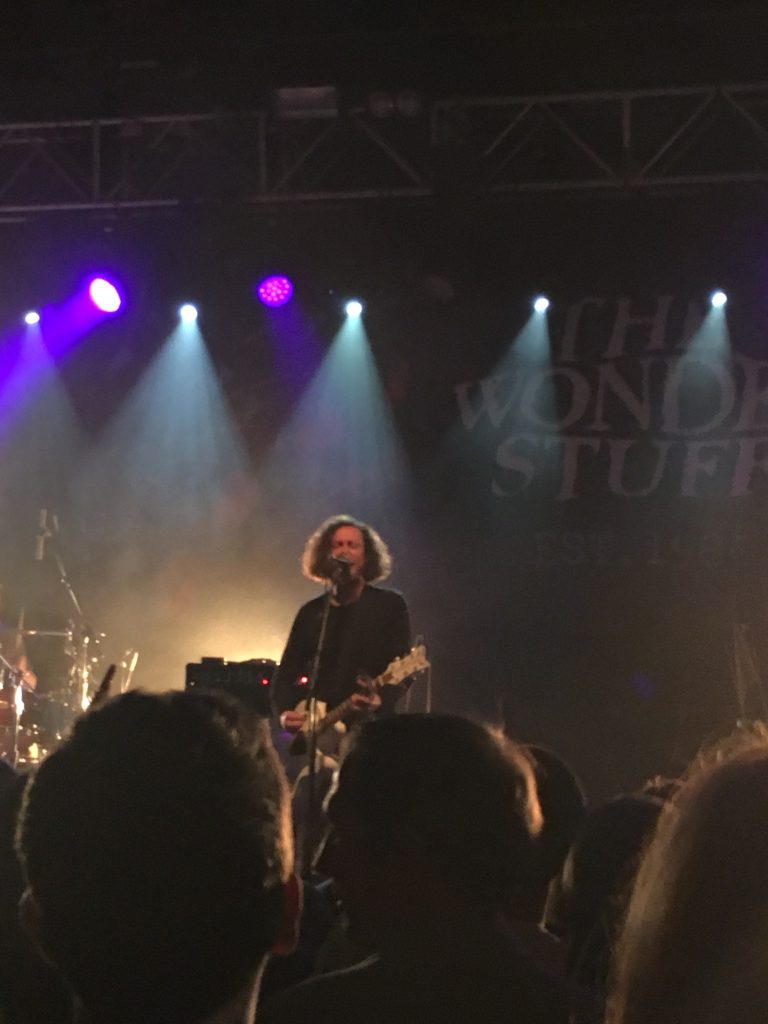 They played Here Comes Everyone and I thought how strange, but nice, it was that I was standing listening to my favourite song from when I was in year 12 (although it wasn’t even called that then) with my year 12 son.

It would have been like my parents taking me to a Beatles concert when I was 16. But of course that never happened. My parents didn’t jump around to bands in crowded venues when they were in their 40s.

Ned’s play a heavier sort of music and I must admit I’m only familiar with two of their songs, which used to get played at alternative nights in clubs when I was young. But I loved watching them. I actually felt like a proud parent watching our friend on stage. He was just as cool and had just as much stage presence as any other rock star. And why wouldn’t he be?

I guess some of the others are dads and have office jobs too, but that doesn’t make you stop being the young person underneath. I love watching people in their 40s and 50s bouncing around on stage, enjoying themselves and entertaining crowds of other people in their 40s and 50s. They’re grown adults, but they don’t have to behave like them. I’m so glad that these bands are still willing to get up on stage and have fun.

My friend Suzanne is always calling on the right for women in their 40s to wear the sort of fashionable clothes that women in their 20s wear. That’s not a thing for me, probably because I dress like a 22 year old anyway, albeit a scruffy one rather than a stylish one. The thing for me is to be able to go out to a concert, forget I’m in my 40s and a mum of three kids, and just lose myself in the music like I was 19 again.

And thanks to Ned’s Atomic Dustbin, the Wonder Stuff and, of course, the Levellers, I still can.

Later this year I will be losing myself to Steps, Ed Sheeran, and, of course, the Levellers. 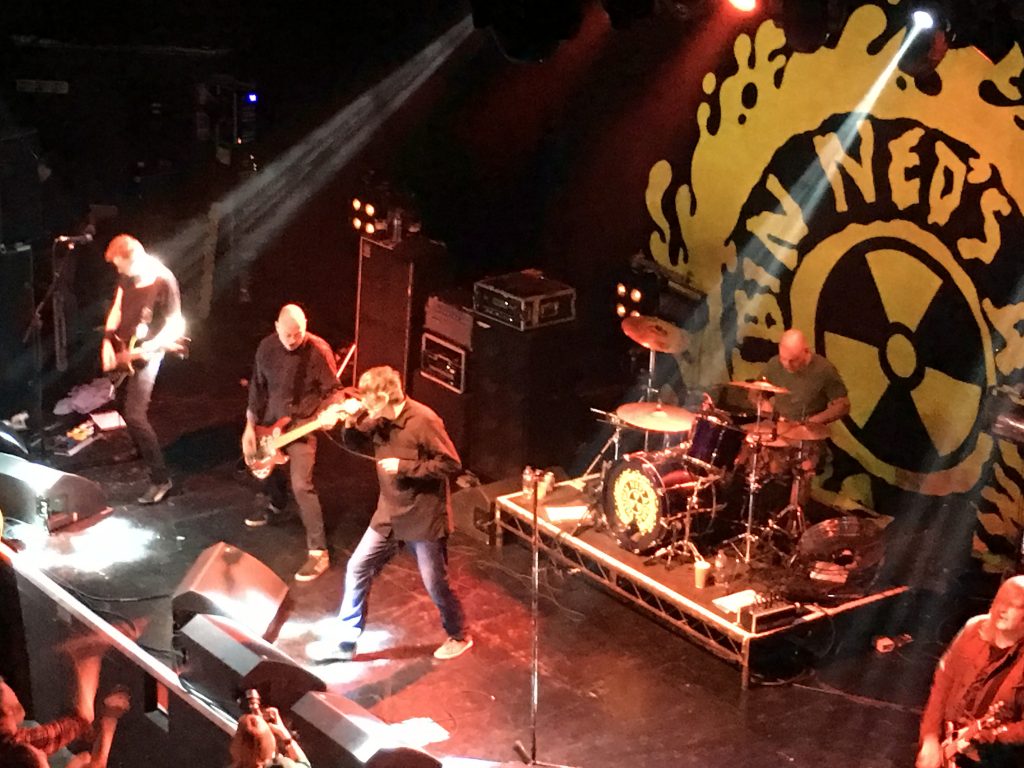