Dancing the Charleston by Jacqueline Wilson

We heard Jacqueline Wilson mention Dancing the Charleston the last time we saw her at Cheltenham Literature Festival nearly two years ago (we’ve seen her three times). So I knew we had to buy it as soon as I saw it in Waterstones.

My daughter has loved Jacqueline Wilson for as long as I can remember. She’s 13 now, so she ‘should’ have grown out of her books by now, but does it really matter? Harry Potter books are for children, but adults love them (myself included). After a failure with a YA novel earlier this year, I am happy for her to keep reading Jacquline Wilson for as long as she wants to.

Like my daughter, I love most of Jacqueline Wilson’s books, but Dancing the Charleston is my favourite one for a long time. It is set in 1925 and tells the story of Mona. Mona’s mother died in childbirth and her aunt has raised her. Aunty doesn’t like to talk to Mona about her mother, so Mona goes to talk to her in the graveyard. Mona doesn’t quite fit in anywhere. She lives in a cottage on the edge of the Somerset Estate, and her aunt makes dresses for Lady Somerset. Mona is considered a bit posh for the village children, but too common for the Somersets.

When Lady Somerset dies, everything changes at Somerset Manor. Mona makes a friend when a new member of the Somerset family takes over the estate. Suddenly she is travelling to London, attending exciting parties and hanging out with the Somerset family. But then she finds out a truly devastating secret which turns her life upside down.

This is a beautifully written book, which paints a very vivid picture of middle class 1920s decadence. Things do happen, but it’s all quite gradual. My daughter kept wondering if there was really a twist to the story at all. She wondered if it was going to be ‘another My Sister Jodie‘. In My Sister Jodie, the story only seems to happen right at the very end. The blurb alludes to the secret, but it is revealed very late in the book. I must admit, I’d kind of half guessed it, but not completely. Everything about Dancing the Charleston is way better than My Sister Jodie – the story, the characters and the whole atmosphere of the book.

There is even a familiar face who appears. We guessed who it was straightaway. I thought it was a shame that she revealed her name, it would have been nice for it to have remained a secret that you either got or you didn’t. I’m pretty sure that Jacqueline Wilson is also introducing us to a gay character here, although my daughter didn’t pick up on that.

If you’re looking for an enjoyable read for a 9 to 13 year old, I would definitely recommend Dancing the Charleston. 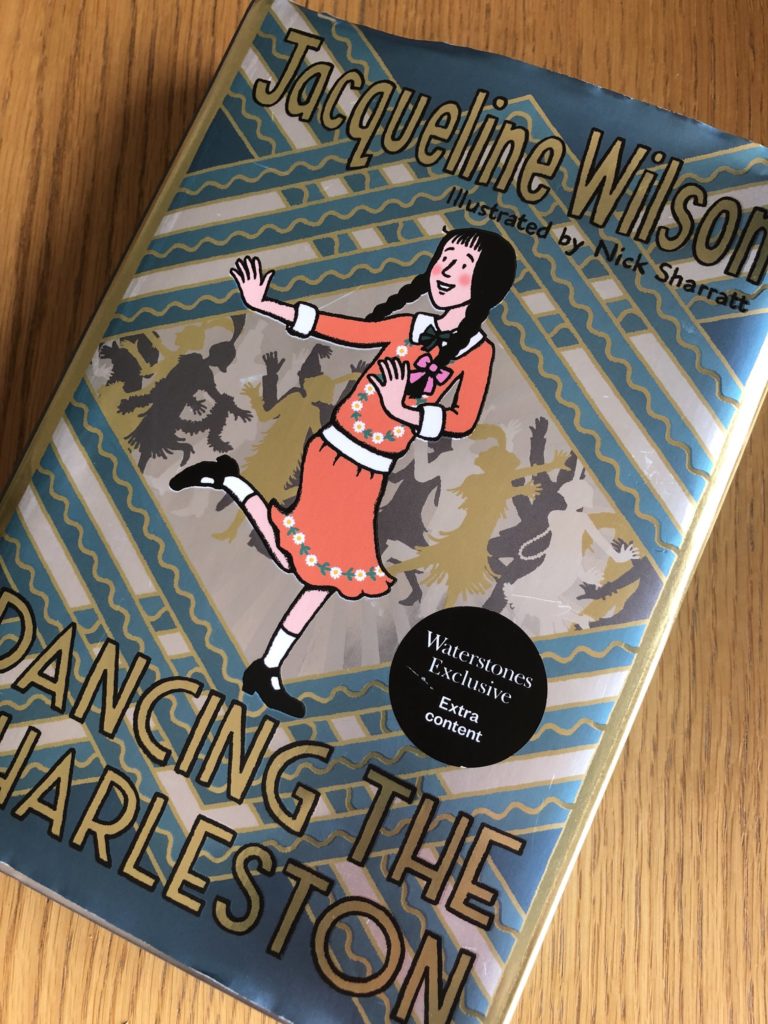