Frankie is 13 – nearly 14 as she always points out – and in year 9. She lives with her mum and two sisters – Zara, who is slightly older, and Rowena, who is a lot younger. Frankie’s mum has MS, but she is determined to hide it for as long as she can. She wants to keep on working and doesn’t want people fussing over her. Frankie is very worried about her mum and very protective of her. She also carries a lot of anger towards her dad, who she thinks shouldn’t have left when her mum was ill.

Frankie isn’t particularly popular at school and spends a lot of time hanging out in the school library with the librarian and Ivneet, a girl who is a bit of a geek. But then she attracts the attention of Sally, a queen bee who had previously made Frankie’s life a misery.

Suddenly all Frankie can think of is Sally. She realises she is in love with her.

Does Sally realise how Frankie feels about her? Does Sally feel the same way? Or is she just messing her about and using her?

At the start of the book, Frankie doesn’t seem to identify as a lesbian. She knows she dresses differently from Zara and isn’t interested in things like clothes shopping, but of course that doesn’t make her a lesbian. It feels as though falling in love with Sally comes out of the blue for her, but once she realises she is in love with Sally, she is proud and happy to identify as gay.

This feels like a very real story and very much of our times. Frankie, Sally and Zara aren’t model teenagers – there is some drinking and plenty of flirting – but they are believable characters.

As a mum of teenagers, albeit straight ones, I know that kids these days often come out in around year 8 or 9 and that their peers, on the whole are very supportive and accepting. That is a million miles away from my own childhood, when we just assumed that nobody was gay! I was at university before I met someone who was gay and even then he kept it very quiet.

Jacqueline Wilson herself is in a relationship with a woman, after being married to a man for 30 years, so this feels like the story she needed to write. 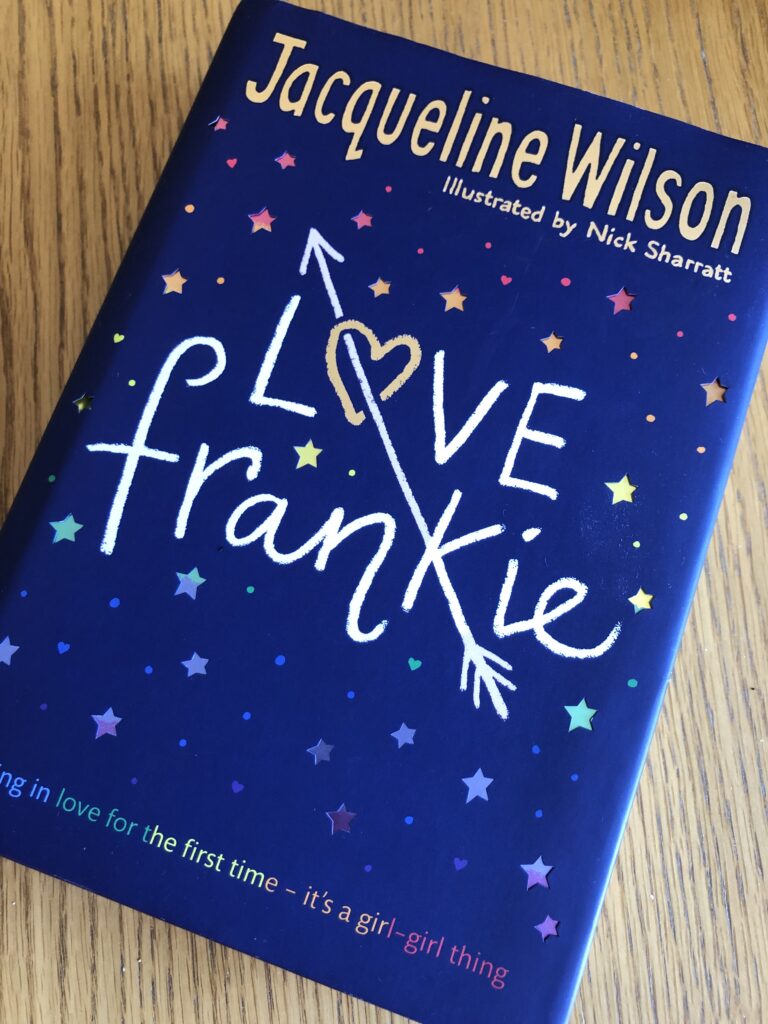