Return to marathon training weeks 11 to 15

The final weeks of marathon training saw us reaching our longest training run before starting to taper.

I switched my days about a bit in week 11 to allow me to have a day off training for my birthday. So I did body conditioning on Monday (Monday is always a rest day). I then did a 40 minute/ four mile intense interval session on Tuesday. These sessions never get any easier, but they’re not supposed to. Thursday should have been an eight mile run, but I got stung on the leg by a wasp at 3.5 miles. I managed to keep running until six miles, but by that point the sting was sending shooting pains up my leg with every step, so I had to stop. Friday was called a ’50 minute steady run’ on my plan, so I ran five miles. Saturday was very conveniently a 30 minute ‘light run’, so that was a parkun. On Sunday, we did 18 miles again. Strangely I found it harder this time than in the previous week, but it was very hot and sunny.

Week 12 started with a gentle six miles, followed by a 30 minute/ three mile intense interval session. This was actually the first time since I started training that I felt a little bit more comfortable doing the interval session. My husband only trains four days a week, rather than the five recommended on the training plan, because he plays football on Monday evening. It’s always the interval session he misses! I can understand why, but I think it’s important to do it.

After body conditioning on Thursday, I did a five mile run on Friday. Saturday was actually supposed to be a ’20 minute light run’. There is no way that is ever going to happen on a Saturday, so I did a slow (for me) parkrun, which is a 26 minute/ three mile run. The week finished with the longest run on the training plan – 22 miles. I’d been dreading it earlier in the week, but by the time it came round I was feeling calm and even slept pretty well the night before. I was very pleased by how well it went. My legs were really aching in the last mile, but that doesn’t worry me for the marathon, because I know I will be completely rested beforehand.

Following my 22 mile run, I was amazed that I could hardly feel my legs on Monday. That really shows the importance of following the plan and trusting it. Everything is really working exactly as it should. I started week 13 with a gentle six miles, followed by a 45 minute/ five mile intense interval session – my final one on the plan! I’m just starting to find them  a bit easier now, but it’s nice reaching these milestones which tell me that the training is nearly over and I’m nearly ready for a marathon. Friday was seven miles and Saturday was five miles, which meant adding a bit on to parkrun. We finished the week with 12 miles. It’s amazing how good 12 miles feels after weeks of running further and further.

Week 14 started with a 60 minute/ six mile light run, then a 40 minute/ four mile tempo run. A tempo run is a less intense speed session, which hasn’t been on the plan in recent weeks. It was nice to run a bit faster, but I kept going faster than I was supposed to be going!

Then it was the final body conditioning session, which was a relief. I can feel that I’ve got a bit stronger with the body conditioning, but I get zero enjoyment from it. I know it’s something I should do regularly, even when I’m not training for a marathon, but I’m done with it for now!  My husband doesn’t do the body conditioning at all. When we started training, he was already going to the gym fairly regularly. But then the extra running combined with work meant he actually didn’t have time to go to the gym any more, which isn’t ideal when he needs to go to support his training.

Then there was a six mile run on Friday, a 30 minute ‘easy run’ (a parkrun as usual) on Saturday and a 10 mile run on Sunday. My eldest came with us for the Sunday run as he’s doing Stroud half marathon next week and, after what happened at Cheltenham half, we want to be sure he’s ready for it.

Week 15 of training is basically a rest week. All I had on the programme was a 30 minute light run on Tuesday and a 20 minute light run on Thursday, which is a three mile run and a two mile run. The nice thing about week 15 is that I could revert to getting up at 6am. For the last few weeks I’ve been getting up at 5.45, to stop my longer runs from eating too far into my working day.

Now I just need to eat well, sleep well (which I almost certainly won’t do) and mentally prepare for the big day on Sunday 24th October! 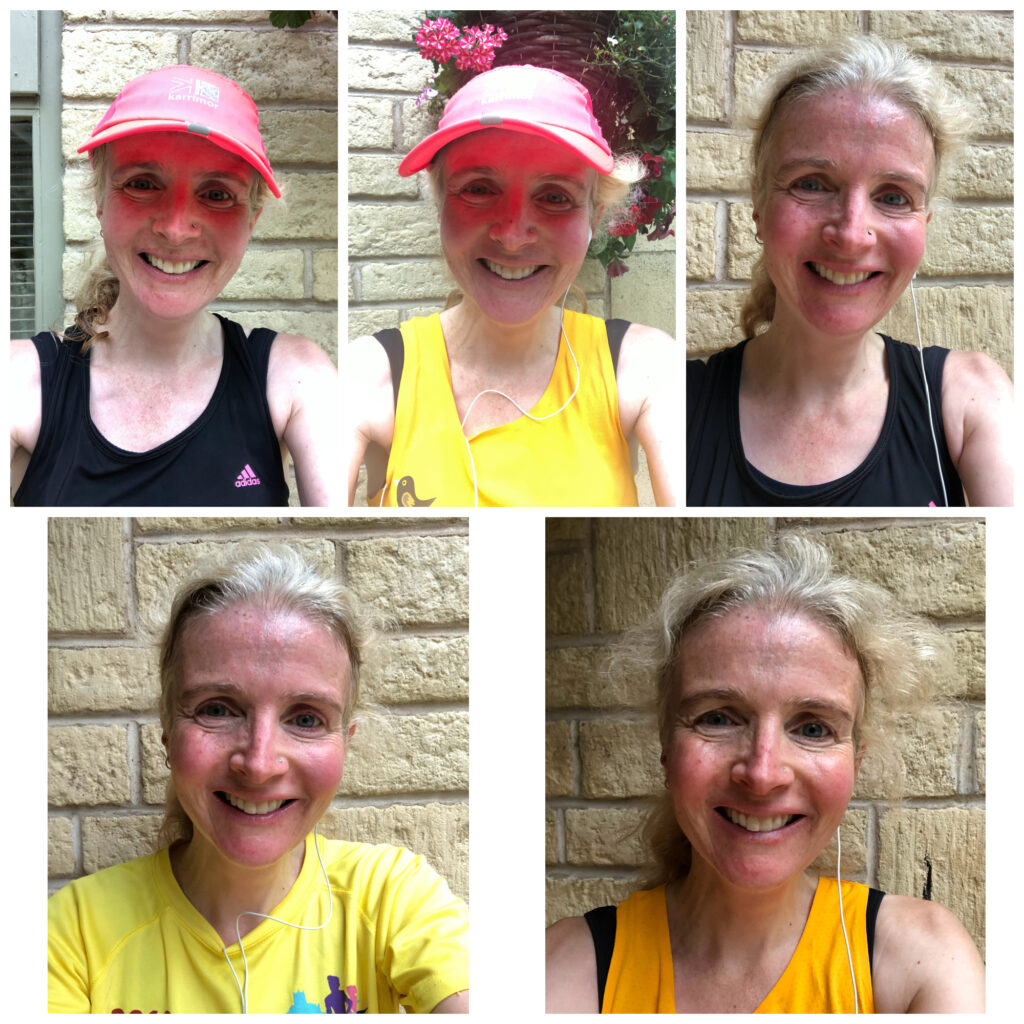