The Survivors by Jane Harper

The Survivors is the fourth novel by Jane Harper. Jane Harper writes superior detective fiction set in small town Australia, so I was really looking forward to reading The Survivors. As it says in a Sunday Times quote on the cover: ‘A new book by Harper is always an event’. I couldn’t agree more.

The Survivors is set in Tasmania, rather than the heat of Harper’s usual settings. Kieran returns to his home town of Evelyn Bay for the first time in a long time, accompanied by his partner, Mia, and baby daughter, Audrey. Kieran’s father, Brian, has dementia and his mother, Verity, is struggling to care for him and to protect him from the community.

Kieran and Mia instantly slip back into life with their old friends, Ash, Olivia and Sean. Everyone knows everyone in Evelyn Bay. The tourist season is over and life is calm.

But then a body is found on the beach. Who was the last person to see her? While some want to blame the tourists, the community turns on itself – nobody is above suspicion.

The body brings back memories of a terrible accident 12 years ago, from which many in the town never fully recovered. As investigations continue into the death on the beach, will the secrets of that day finally be unearthed?

The Survivors is a claustrophobic and atmospheric read. Jane Harper doesn’t do sensationalism and big shocking revelations. Her stories unravel gradually, which makes them feel very authentic. But then there was a point around two-thirds/ three-quarters of the way through the book where it felt like the story took a real turn and I was really gripped by it. I finished the book the same day.

I’ll be honest, The Survivors isn’t my favourite of Jane Harper’s books, but she does have very high standards and it is still a better quality read than the vast majority of detective fiction. I can’t recommend Jane Harper highly enough and The Survivors is no exception.

You should definitely also check out The Dry, Force of Nature and The Lost Man. 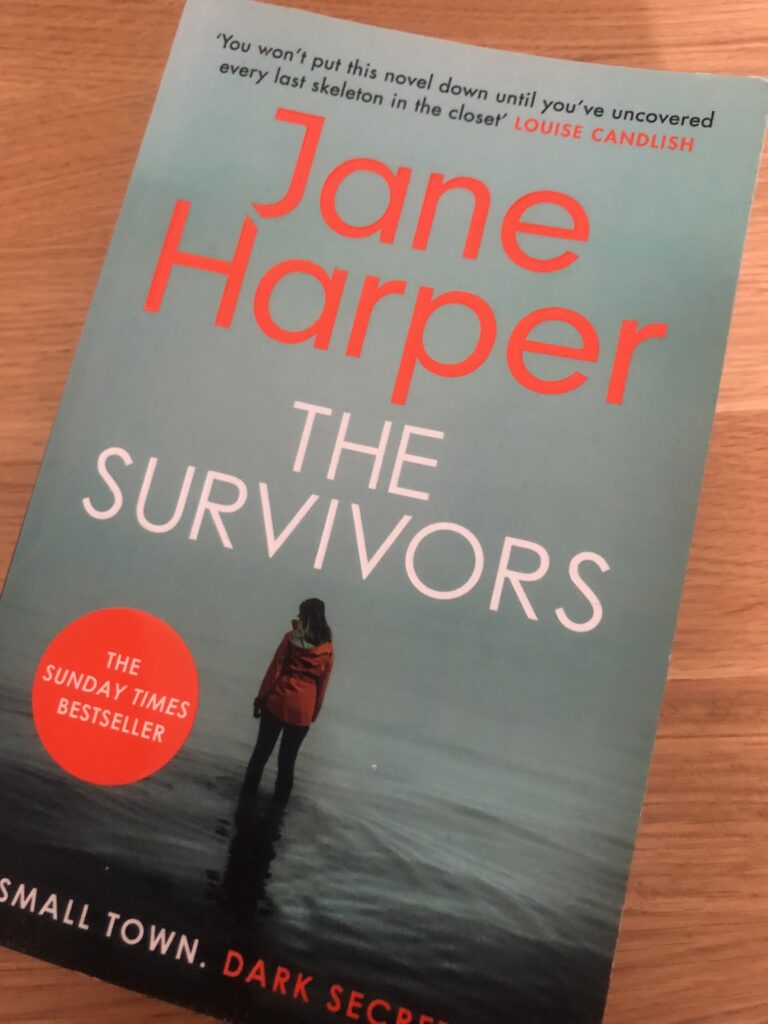