Troubled Blood is the fifth novel in the Cormoran Strike detective series by Robert Galbraith and it is an absolute triumph. (Unless you’ve been living under a rock, you will know that Robert Galbraith is the literary alter-ego of JK Rowling.)

To give you some idea of how good Troubled Blood is – I read it in exactly two weeks.

Troubled Blood is Strike and Robin’s first cold case. They are contacted by a woman whose mother, a young doctor, vanished 40 years ago. Her disappearance had long been linked with a serial killer operating at the time, but her body had never been found and he had never confessed to her killing.

After 40 years, could Strike and Robin succeed where the police had failed?

Armed with the case notes from the time, they set about tracking down as many witnesses as they can find. With many witnesses dead and many others having hazy memories, not to mention those who lied at the time and continued to lie, piecing together the mystery of Margot Bamborough’s disappearance feels like an increasingly impossible task.

Meanwhile, Strike and Robin are still juggling their other cases and both have family difficulties to deal with. They aren’t always completely honest with each other about what is going on in their lives. Plus there is the small matter of their feelings for each other, which they hardly dare acknowledge, even to themselves…

Troubled Blood is an absolutely brilliant read, which never gets boring or feels too long. There are a lot of clues and a lot of witnesses. The storey is complicated enough to be enjoyable, without becoming hard to read. If you enjoy a detective story, you will love Troubled Blood!

So do you need to read the other Strike books before Troubled Blood? I wouldn’t say it is absolutely necessary, but it is definitely preferable. They are all stand-alone cases, but Strike and Robin’s backstories and the way the detective agency evolves over time are ongoing.

You can check out my other Strike reviews here (in order): The Cuckoo’s Calling, The Silkworm, Career of Evil, Lethal White. 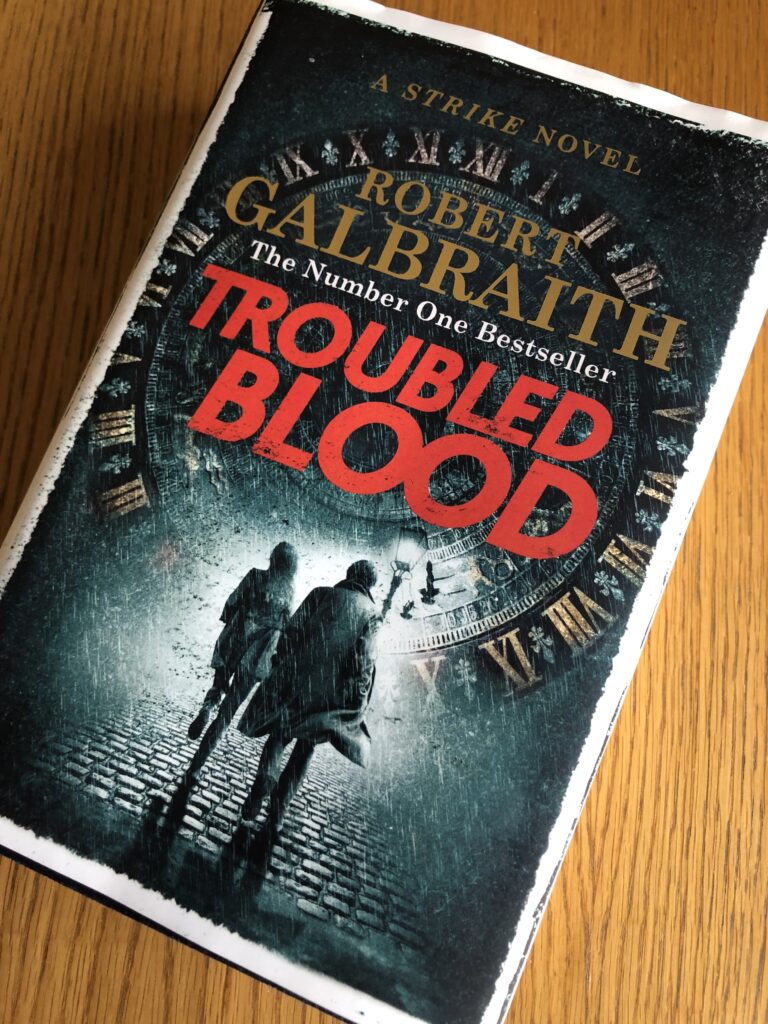