Career of Evil by Robert Galbraith

Anyone who has ever read a Harry Potter book will know what a brilliant author J K Rowling is, but if you think she just got lucky or she could just write children’s books, you’ve obviously never read The Casual Vacancy or the Robert Galbraith Cormoran Strike books.

Robert Galbraith is Rowling’s pseudonym she uses to write her Cormoran Strike detective novels and, even though she was ‘found out’ well before the publication of the second book, she has stuck with the persona.

Cormoran Strike is her one-legged private detective who, with the assistance of his secretary-cum-business-partner, Robin, has solved a couple of high profile cases. In the third book in the series, Career of Evil, Strike has become something of a celebrity and is starting to be recognised. But with recognition comes jealousy and even hatred.

Set against the backdrop of the Royal Wedding of 2011 and Robin’s own nuptials, the bubble of success is well and truly burst when Robin opens a package at work containing a woman’s severed leg. Strike is pretty sure that he was the intended recipient. He thinks someone is trying to frame him and has a list of four suspects. Is the same man also responsible for the spate of murders of prostitutes and drunk women on nights out?

Told to stay off the case by the police, and with their own paying work drying up, Strike and Robin can’t resist doing their own bit of detective work.

In this book, we learn a lot more about Robin’s past and why she is so determined to continue her job as a detective, despite the danger and fiancee Matthew’s concerns.

Career of Evil paints a dark and vivid portrait of Britain and some of the nastier characters that inhabit it. In keeping it completely real, there is a lot of bad language that would never be heard at Hogwarts!

If you’re looking for an exciting detective novel, with a real human heart, you couldn’t do better than Career of Evil. And if you haven’t read about Strike and Robin before, I would highly recommend The Cuckoo’s Calling and The Silkworm too. 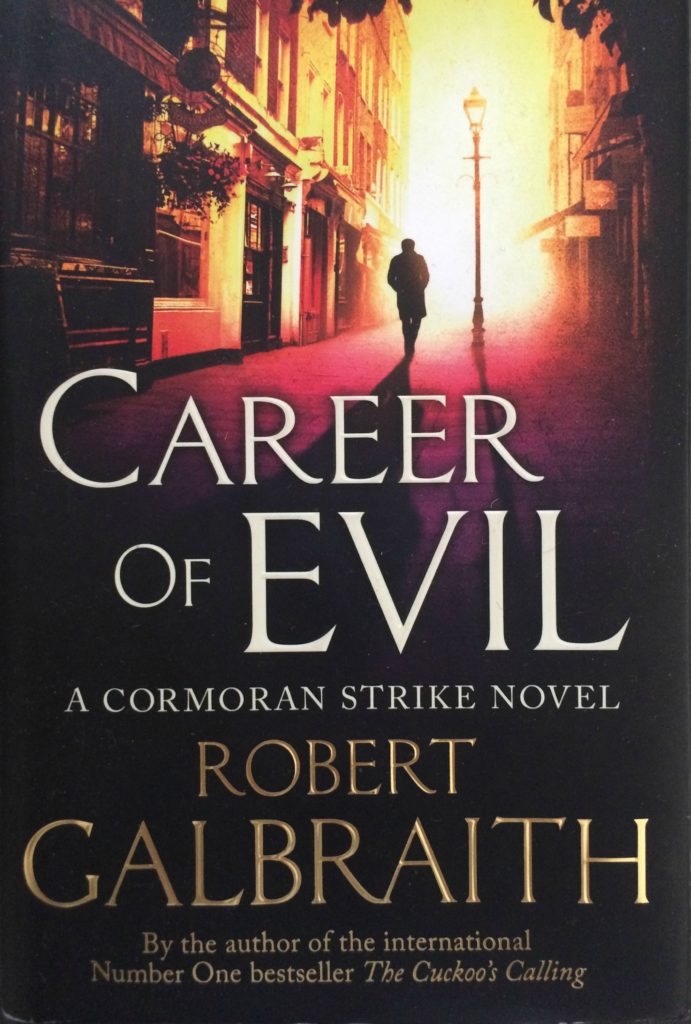