Unless you’ve been hiding under a literary rock for the last few years, you will know that Robert Galbraith is a pseudonym for J K Rowling, under which she writes her Cormoran Strike detective novels. Lethal White is the fourth Strike novel. I’ve loved them all, but I’m going to make a bold claim here – it might be the best.

Starting where the previous book, Career of Evil finished, Strike has become a bit of celebrity for catching a serial killer, while his assistant Robin, is still recovering from the injury she picked up on that case.

Strike’s celebrity status means it’s harder for him to go undercover, but it also means the agency can afford to take on new staff. And it attracts a different sort of client.

Strike is visited by Billy, a troubled young man who is convinced he witnessed the murder of a child when he was only a child himself. Is it Billy’s illness talking, or did he really see a child killed?

Then Strike is visited by a government minister who is being blackmailed. He wants a member of the agency’s staff to work on his team to try to find out more. So Robin goes undercover in the Houses of Parliament.

But while business is booming, all is not well with Strike and Robin. Robin is now a partner in the business, but their once friendly relationship has turned professional to the point of being cold. Will things ever get back to the way they were between them?

Lethal White is a whopper of a book, coming in at 650 pages. And they were all worth reading. There is a large cast of characters and every single one of them is completely believable and vividly painted with a detailed backstory.

Even though dark and scary at times, Robert Galbraith’s novels are not like your average thriller. There is so much warmth in them and you find yourself really caring about Strike and Robin. I can’t recommend Lethal White enough.

And if you haven’t read the previous Strike novels, I can highly recommend those too! 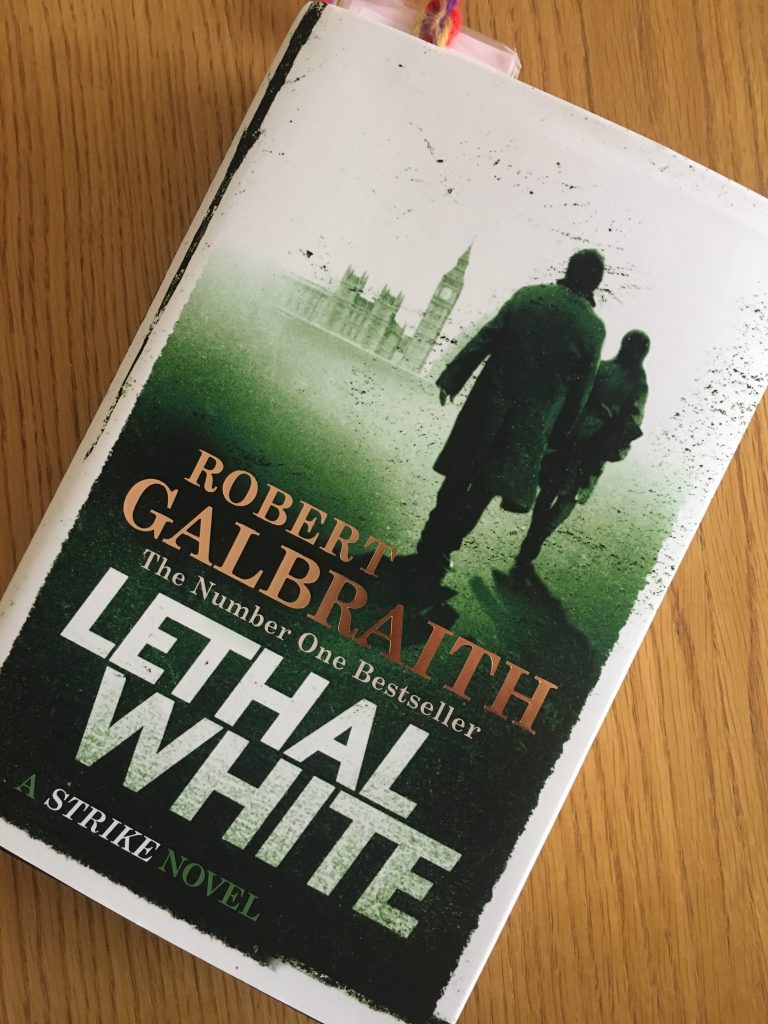