The Silkworm by Robert Galbraith

The Silkworm is J K Rowling’s second book under the pseudonym of Robert Galbraith. I absolutely loved the first book, The Cuckoo’s Calling, so I was very excited to get hold of this on the day of publication and get reading.

Strike has become something of a celebrity after solving the murder of a famous model (in The Cuckoo’s Calling) and is making a living from rich divorcees and infidelity, when Leonora Quine comes into the office. Her husband, the novelist Owen Quine, has gone missing and she needs Strike’s help to track him down.

It soon becomes clear that Quine has written a novel which features barely disguised caricatures of everyone he knows. After years of living in other authors’ shadows, it seems maybe he has lost the plot completely. So when Quine is discovered brutally murdered, there are a lot of people who might have wanted to see him dead.

The book features brilliant characters and totally believable dialogue – Rowling/ Galbraith uses language which would totally shock Professor Dumbledore. Set against a back-drop of snow, his former fiancee’s wedding and Strike’s troubled relationship with Robin’s fiancee, Matthew, Strike and Robin set out to investigate who killed Quine, before the wrong woman is convicted of his murder.

The book ends with an almost Agatha Christie like locked room scenario – with all the suspects together for a dinner – and Strike and Robin ready to nail their suspect.

This is a brilliant book, which is not just for crime fans. I look forward to reading more from Galbraith – and Strike and Robin – soon. 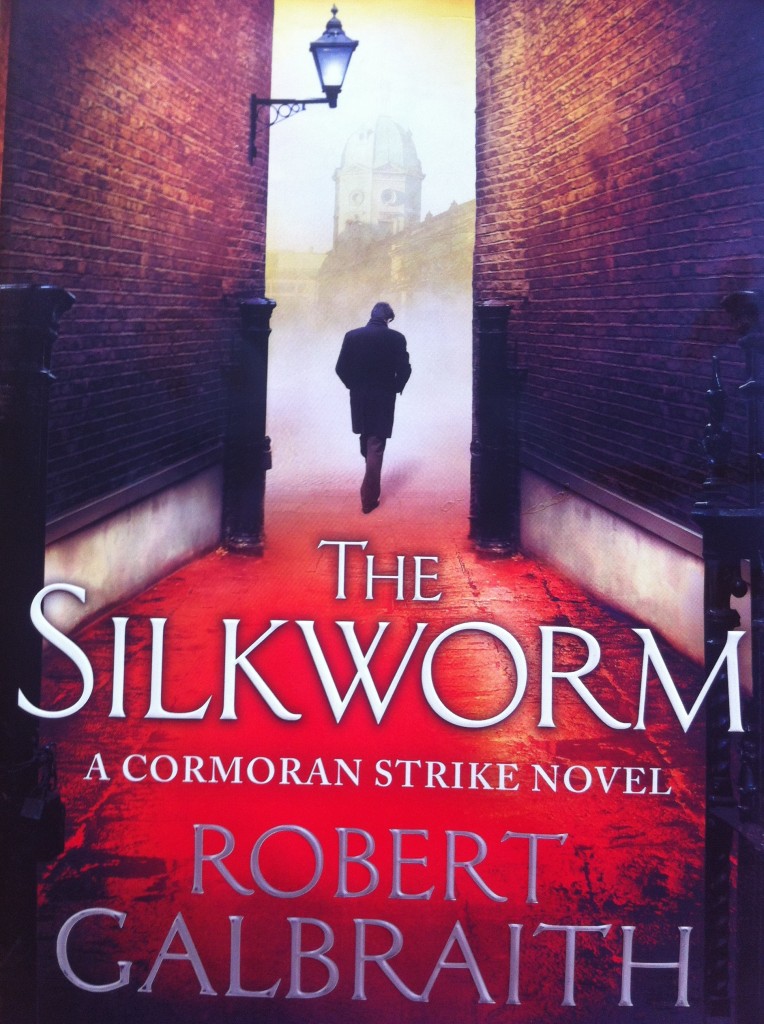