A couple of years ago, I hadn’t heard of trail running or trail shoes. I was aware that some people liked running through the countryside, but if you’d asked me what that was called, I would have definitely said ‘cross country’. (To be fair, there are still cross country competitions for adults out there. They tend to be for good club runners, rather than mere mortals.) I didn’t know that running through the countryside was called trail running – or that it had its own special shoes.

Last summer, my husband and I ran Cheltenham Challenge half marathon. It was, without a doubt, the craziest run I’ve ever done. And I absolutely loved it. I was running (well, walking) uphill through a stream, then trying desperately not to fall over, while going downhill through the thickest and stickiest mud imaginable. I ran it in my usual trainers and I survived it. My trainers survived it too – after a spin in the washing machine.

After that, we went for a few runs up hills and through the countryside, and I can totally see why people like doing it. It’s definitely something I would like to do again next summer. And we’ve already signed up for Cheltenham Challenge 2020.

You don’t need me to tell you that we’ve had rather a wet few months. This has led to some very wet and muddy parkruns. Parkruns where you are amazed that it hasn’t been called off, because you’re struggling to stay on your feet, you have to take the bends at snail’s pace and you’re going home with half a football pitch stuck to your trainers and leggings.

The local parkruns have started posting warnings on their Facebook pages about the muddiness of the course. At the end of these warnings it says ‘Trail shoes recommended’.

We avoided Stratford Park, Stroud on New Year’s Day because it sounded so awful – and we didn’t have trail shoes. Then we ran Stonehouse, which I’m certain was every bit as bad. King George V Playing field in Cheltenham is treacherous too.

The weather hasn’t improved and it’s going to be a while until the parkruns are free of mud. So we had an innovative idea. Why not get some trail shoes?

We had Christmas money from my parents and hadn’t decided what to spend it on. Ideas included boring things like bedding and curtains. But trail shoes seemed a far better idea! 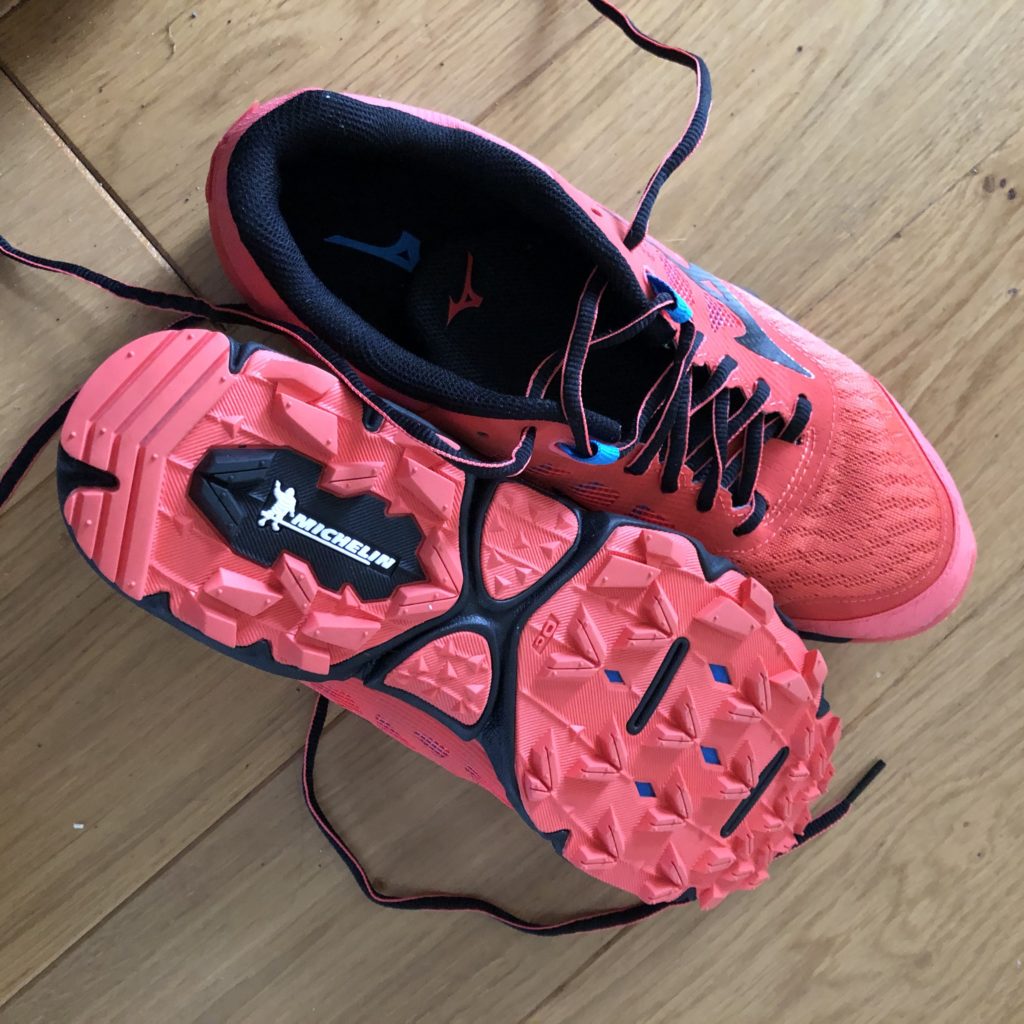 Trail shoes have a much more defined tread than regular trainers – not a million miles away from football boots. Road running shoes are light, to help you go faster and the tread is thin because you don’t need to grip the road. The trail shoes are heavier and have a rubber bumper at the front to protect against stubbed toes. (Trails don’t just include mud, there’s the potential for rocks, sticks and other hazards  underfoot.)

In terms of comfort, trail shoes don’t feel quite as comfortable or supportive as my usual running trainers – because the ground offers the support. With regular trainers, you are pounding a solid surface, so your trainers need more give in them.

I always wear Mizuno running shoes, so I opted for some Mizuno trail shoes too. They are bright orange. That colour won’t last for long.

We probably won’t use the trail shoes that often, but it doesn’t matter. We can keep them for years and just use them as and when necessary.

Now I’m ready for whatever winter parkruns can throw at me. Although after buying my trail shoes, I didn’t actually do a muddy parkrun for weeks. They finally got christened at Worcester parkrun at the start of February. At first, the trail seemed fairly free of mud and I questioned whether I actually needed them. Then we came across really thick and sticky mud and puddles across the whole width of the course. With the trail shoes on, I felt like I was flying round (even though I was supposed to be going a bit slower for my marathon training).

I think the the trail shoes will prove to be a really good investment. 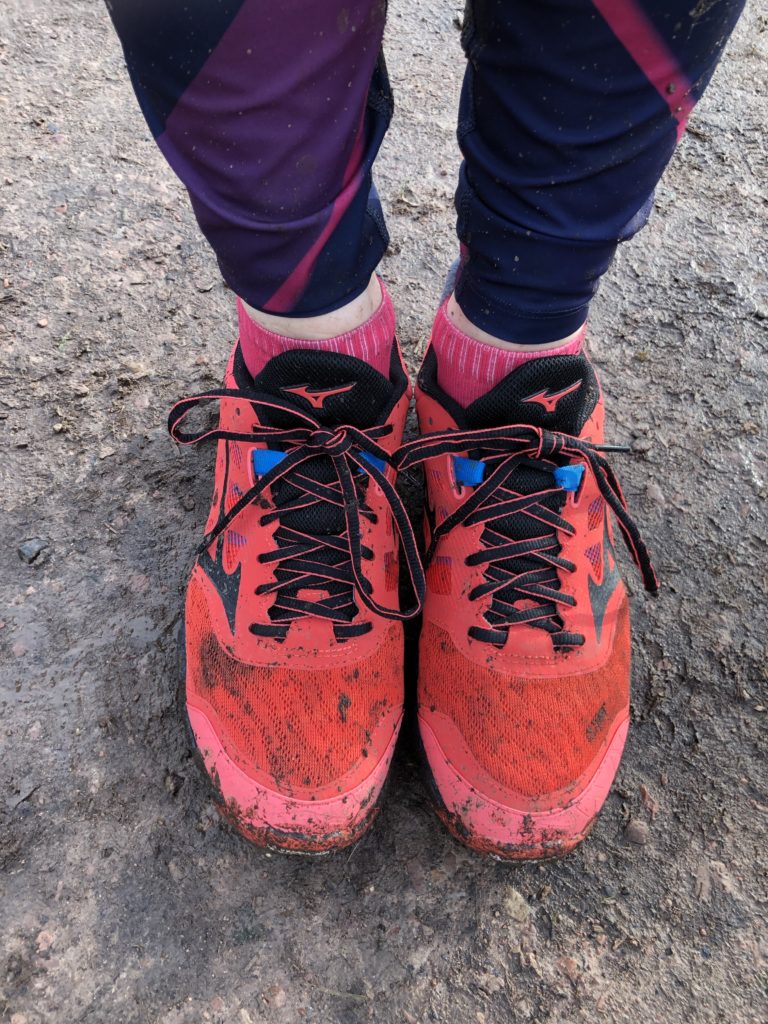