Menopause, HRT and the NHS

A few months ago, I told you that I had gone on HRT, after months of horrible night sweats. My GP was really helpful and I had no qualms at all about going on it. I’m pleased to say that the night sweats have gone and I may even be sleeping a bit better (although I do always tend to sleep a bit better in summer).

Because I’m only 45, because I haven’t completely gone through the menopause and also because I’m on Roaccutane (which causes birth defects), I had to also take contraception. I wanted to stay on the pill, but my GP wanted me to get the Mirena coil. I’ve had the Mirena coil before and was convinced it was the cause of my worsening acne in my 30s and 40s. So I stayed on the pill.

But when I saw my dermatologist, he was quite clear that I should have the coil. He said that if my acne did get worse, I could up my dose of Roaccutane, which would be less risky than staying on the pill. (There is an increased risk of cancer with being on the pill and HRT.)

I was due for an HRT check-up with the GP anyway, so I discussed it with her. She was very impressed with my dermatologist, but said she was satisfied my cancer risk was very low – due to both my family history and my own lifestyle. However, she still said she thought it would be best for me to switch to the Mirena coil.

So I agreed. Hopefully the low dose of Roaccutane that I’m currently on will be enough to keep the acne at bay.

At least 10 days before you have the coil fitted, you have to have swabs to check for infection. As I lay there with a cotton wool bud up my bits, I thought how amazing it was that the NHS, which we all know is stretched and cash-strapped, still has the resources to give women swabs for no other reason that they can have sex. But of course it’s in their interests, as much as mine. The NHS doesn’t need to deal with a 45 year old pregnant woman and all the risks that brings – particularly when that woman is also on Roaccutane.

So with swabs done and clear, I had the coil fitted. And I’d forgotten how horrendous that pain was. The cramps! They lasted for a few hours afterwards, but were gone by the evening. Thank goodness.

I’ll admit that one of my biggest concerns at that moment about having the coil fitted was whether I would be able to run the next day. I was getting towards the end of my marathon training and it was a really key time. I only had a three mile run the following day, but I had a 22 mile run at the end of the week.

The GP assured me it would be fine to run, and she was right of course.

Then we just had the final piece of the HRT/ coil jigsaw. I’d been taking HRT tablets, but she wanted me to switch to either the cream or the patches. Apparently the risk of a stroke while on HRT is lower with cream or patches than with tablets. So which did I want – cream or patches? They were much of a muchness, but I went for the patches – basically big sticking plasters.

‘But don’t start wearing them until after your marathon, because they might cause breast discomfort.’

How amazing is that? Talk about a holistic approach. My marathon mattered to me and the GP totally understood that.

I’ll let you know how I’m getting on with the patches next week. 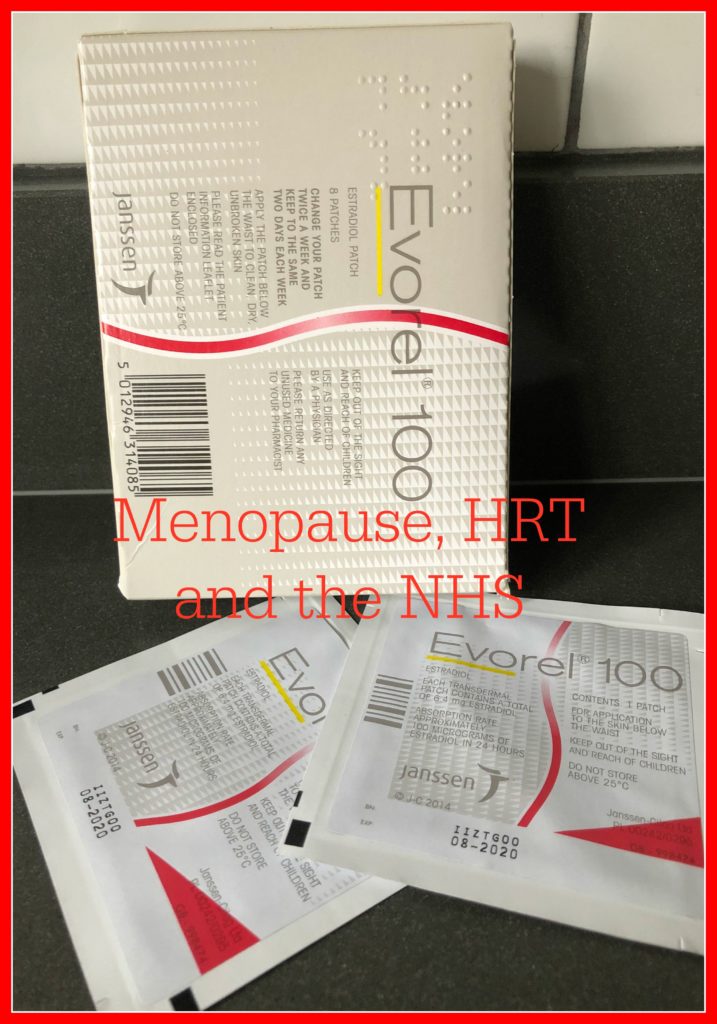