The longest run on my marathon training plan is 22 miles (well, it says you can do 20 or 22, but I always prefer to go high). It is the only run over 20 miles, and one of only six over 13 miles, and it’s timed for three weeks before Newport marathon.

I’m really pleased with my training so far and was feeling pretty chilled about the 22 mile run. My previous longest run was 18 miles, which I’ve run twice. In between long runs, I’ve been building up strength and stamina with lots of midweek runs of three to six miles.

My husband isn’t training for the marathon, but he has been brilliant at running with me on a Sunday morning. He didn’t think he had 22 miles in him, but thought he could manage 18.

We have a number of routes that we run and we add little bits to them to make them longer. So we have a 13 mile route, which we can add to, to take it up to 16 miles. Then we’ve got a 4.5 mile route, which nicely makes up 18 miles when added to the 13 mile route. For 22 miles, I was planning to start the run by going off in a completely different direction, but my husband wanted to do the 18 mile run and then just run close to home, so he could drop out at any point.

We set off at 8am, knowing we would be out all morning. That is a weird thought, but it’s best not to dwell on it. I had my usual clothes crisis. It was the middle of April, but there was frost on the ground when I woke up. But the sun was out and the temperature had reached the dizzy heights of three degrees by the time we set off. In the end I opted for a coat and three quarter length leggings. Apparently the temperature will be finally warming up soon and I will actually be fine in my charity vest on the big day.

The sun was out and I ditched my coat when I ran past my house at 4.5 miles. Then it felt quite cold.

Almost as soon as we started running, my husband felt some pain in his knee. This is the difference between running five times a week and running twice a week – he’s not building up his strength like I am. He stopped a few times to stretch it, then got very cross with himself for turning his watch off, rather than pausing it. At six miles, I managed to turn my watch off rather than pause it too! I’ve never done that before and I was cross with myself, because if I didn’t know the distance I wouldn’t know when to fuel. But my husband assured me we’d done exactly six miles.

At seven miles, he realised he wasn’t going to manage any further, so he walked and ran home, and I was on my own!

It’s good that the route is so familiar, so I had no worries about getting lost or confused about my distance. I stuck to my pace and my fuelling really well.

We’ve got into the habit of stopping for the toilet at some point on the run. It’s not total necessary, but it just makes me feel a bit more comfortable, especially as I have a heavy belt pressing on my bladder (although drinking and eating my fuel means the weight goes down pretty quickly). I don’t know if I will need to stop on the day. If I do, I won’t beat myself up over it.

I’ve noticed that ‘Sunday best’ is a thing. A lot of smart people are out while I’m running on a Sunday morning. There’s stylish couples (either in their 20s and pre-kids or in their 50s and 60s with kids flown the nest) heading out for breakfast, and stylish families having wholesome fun going for a bike ride together or to the park, all dressed in Joules. Then there’s me, sweaty, dishevelled, chewing on a Clif Blok with my mouth open and wiping my nose on my sleeve. I hope they’re not judging me, I’m sure they’d be wiping their noses on their sleeves if they’d run 20 miles or more too.

At around 14 miles, my legs were feeling kind of numb. Not in a bad way, they were just running and I couldn’t feel a lot. At 19.5 miles, they started to hurt. There was nothing specific and it wasn’t one leg more than the other, just a general discomfort in both of my legs.

The four miles close to home weren’t a lot of fun, as there is an overwhelming urge to go home, but the urge to complete my 22 miles was stronger. I think the last four miles of the marathon are going to be pretty hard on the legs, but I’m pleased that I didn’t hit any sort of wall. Just having people around, hopefully cheering my name (good old name on the vest!) should keep my spirits up and get me through the final four miles.

So I did it! I ran 22 miles. And I did it in exactly three hours 40 minutes, just like I meant to. I can’t wait for the marathon now.

I’m running Newport marathon to raise money for a local hospice. If you want to know why I have chosen this charity, have a read of this. If you could spare me a couple of pounds, I would be very grateful – you can sponsor me here. Thank you! 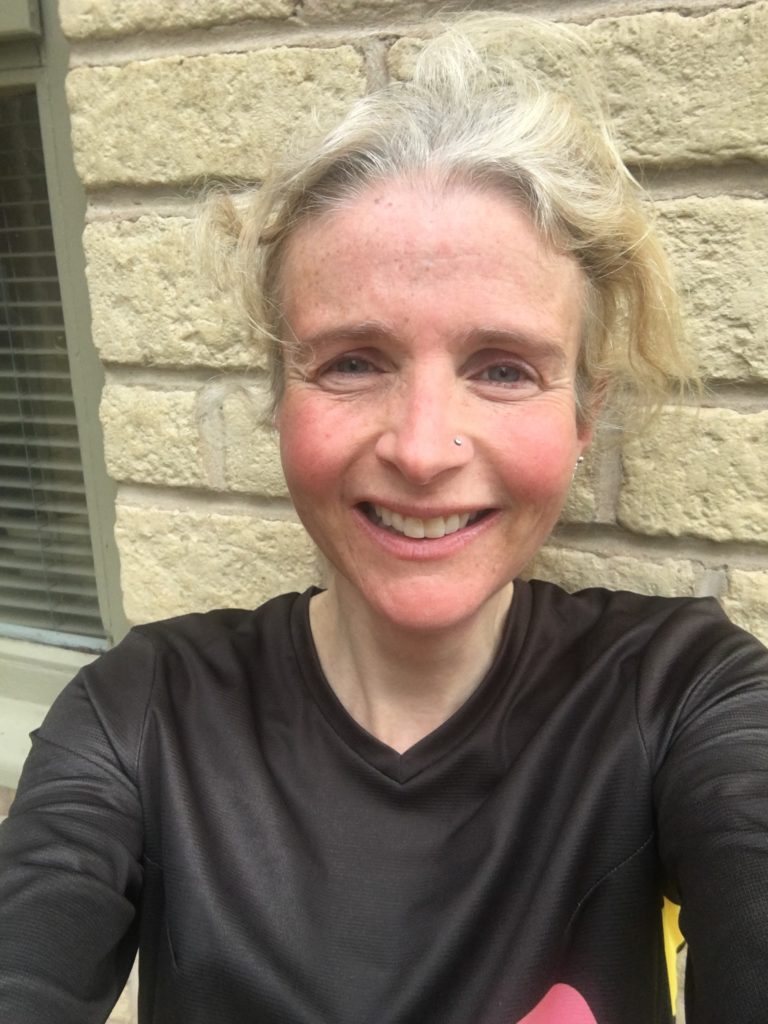