I ran my first half marathon in 1995. Yes, 1995. There were no times on the internet, email or text. I would have looked my time up in the newspaper the following day – on the shelf in the newsagent because I couldn’t afford to buy my own newspaper.

Fast forward 15 years and I was running at the same pace as I’d run in my early 20s. For a while, my half marathon times were a few seconds either side of the two hour mark (with one big blip in Bristol 2011). Then in 2013, my time got down to 1 hour 55 and it never went back up to two hours again.

That’s one of the many good things about half marathon running. While in many sports, I would be declining, at 44, I’m still in my prime and still getting gradually faster and stronger.

So this is how my half marathon times have changed over the course of more than 20 years:

So without any special training, I am running a half marathon 11 minutes faster at the age of 44 than I did at the age of 21. And if the last few years are anything to go by, I don’t think I’ve necessarily run the fastest half marathon of my life just yet!

If I can do it, anyone can. It’s never too late to start running. 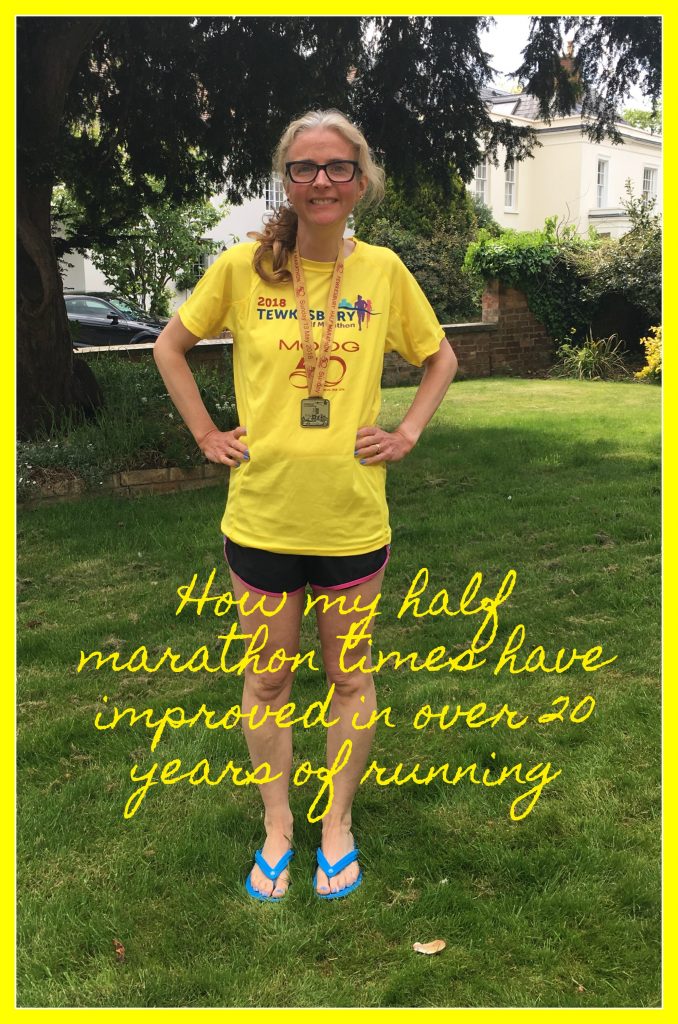