My daughter, panto and looking to the future

Home » Family » My daughter, panto and looking to the future

The end of panto hits my daughter hard. Living in a panto bubble for seven or eight weeks is everything to her and she doesn’t want to go back to her boring life the way it was. Every time it comes to an end, it makes her think about her life and where she is going with it. Which is a pretty big thing for a girl of her age.

At the end of the first year, we looked into her doing some sort of drama. We considered both Stagecoach and PQA, which teach acting, singing, dancing and some backstage stuff too. But they’re very expensive. And she doesn’t need the dance training. Taking on one of those would have meant giving up some of her other dance classes because of the cost. And she couldn’t decide which she preferred. In the end, she reluctantly decided to stick with the status quo.

Last year, she started googling acting jobs for kids. Most acting jobs for kids are in London and most require unusually small children. Do you know the part of Matilda is available for girls aged 8 to 12, but they have to be no taller than 4′ 3″? My daughter is just above average height at 5′ 2″ and 11 years old. She found a website where you could register your details and search for jobs locally. It turns out there were a few jobs, including a video advert for a local charity. But the job was unpaid and you needed to pay a monthly fee to be able to matched with jobs. I wasn’t sure how above board some of the jobs were and I wasn’t willing to pay a monthly fee for her to do unpaid work. So we decided not to bother with that either.

This year, my daughter shone like the little star she is. She might only be 11, but she was the best child in that chorus. She stays 100% in character at all times and always gives her dance moves everything.

As we waited for her final show to start, my husband said he ‘wouldn’t mind’ if my daughter wanted to study for a degree in dance. And he actually started googling dance courses at universities there and then.

I wouldn’t mind if she went down that route either. In fact, I would positively encourage it. She’s an intelligent girl who could do anything she wants to do. But it is her dream to dance and I don’t believe in destroying people’s dreams – as long as they’re willing to work for them and as long as they realise that dreams don’t always come true.

I wanted to be an actor as a teenager and I was pretty good. But I could only act. I couldn’t sing or dance. And there’s no way my parents would have supported me going down that route. Like my daughter, I was an intelligent girl, and they would have seen a career in the theatre as ‘wasting’ my talents (my talents which have taken me all the way to writing business articles in my spare room).

But my daughter has a huge advantage over me. She can dance.

To really succeed in the theatre, you need to be a ‘triple threat’ – to be able to sing, dance and act. Currently, my daughter is a double threat – she can dance and she can act. Her singing isn’t bad, but it’s not brilliant. For a long time, I’ve had it in my head that maybe she should do singing lessons. Her violin lessons fizzled out (it’s a long story), so although she’s still doing four dance lessons a week, we’re not currently paying for any music lessons for her.

So I suggested to my husband that maybe she should have singing lessons rather than go back to her violin lessons. And he agreed! This is remarkable. Decisions like that usually take ages in our family.

So this year’s post-panto plan is to find singing lessons for my daughter. She has a voice, we just need someone to help her find it and use it to the very best of her ability.

This could be our very best post-panto plan yet. 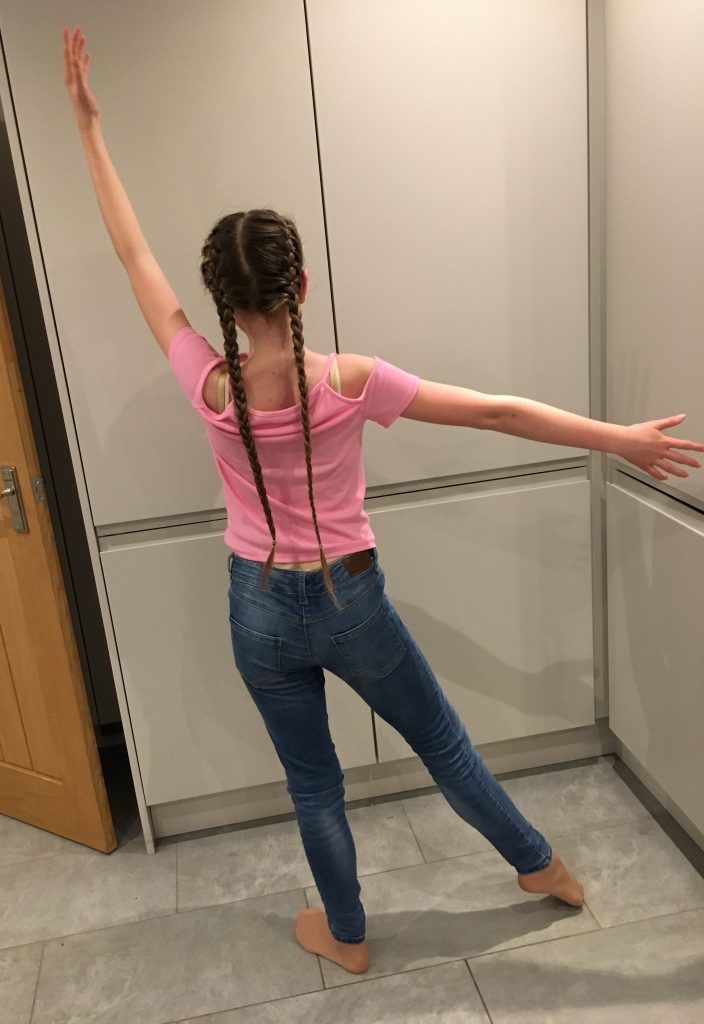