And, just like that, panto is over for another year. And it’s been another fabulous year.

Twenty five performances over 15 days, 16 rehearsals in two and a half weeks and eight disrupted school days. All over.

This year, they squeezed the panto into four weeks rather than the usual five, but had only four shows less. There was a handful of days with three performances. On those days, one chorus team did two shows and one did one, because there are legal limitations on how much time kids can spend performing in a day and a week.

This year, I went to see the show seven times. In previous years, I’ve been to five. I started off slowly, with nearly two whole weeks between my first and second performances. I knew I was going to see them three times in quick succession at the end, due to when my family and my husband’s family were watching the show.

And then, on a day when I was home alone, the day after I’d seen the panto for the fifth time and the day before I was due to see it for the final time, I decided to just go and see it again. It wasn’t the cheapest decision I’d ever made, but I’d be bored and unhappy at home on my own. There was only one place I wanted to be and that was the panto. I knew I would regret it if I didn’t go and I would never regret it if I did. And I was right.

I never got tired of watching the panto. Possibly, even though the chorus were on stage slightly less than last year and my daughter didn’t have an extra role like she did in the first year, this was my favourite panto yet. There wasn’t a single bit where it dipped and I felt slightly bored.

I burst with pride every single time I saw my daughter up on that stage. Because she shines. She puts so much into her dancing and she has real star quality. Even after watching seven shows, I never really watched the adults dancing at the front of the stage, because I was 100% focused on my daughter at the back, smiling and giving it her all.

She’s worked with a lovely team of girls this year. One of the adults commented on what a nice team they are because they all stick together – whereas the other team split itself into two. Backstage, they make up songs and dance routines and they play games and tricks. Nobody could go to the toilet without having their stuff nicked and hidden. Over the course of seven weeks, they’ve spent nearly as much time with each other as they have with their families, and a lot more time than they’ve spent with their friends. They become their own little family. It’s hard to break that bond and say goodbye.

I was in floods of tears at the final show. I cried all the way through the first dance and the last dance. I knew my daughter would be in bits. I remember how down she’d been after the previous two pantos. Remarkably, she wasn’t crying when she came out. The only girls crying were the two oldest girls who know they can’t go back next year.

The girls will stay in touch over the year. They have their memories and their photos and nearly all of them will go back next year. They will scour the theatre website over the next few weeks, waiting to find out what next year’s panto will be. And it’s only eight and a half months until auditions. 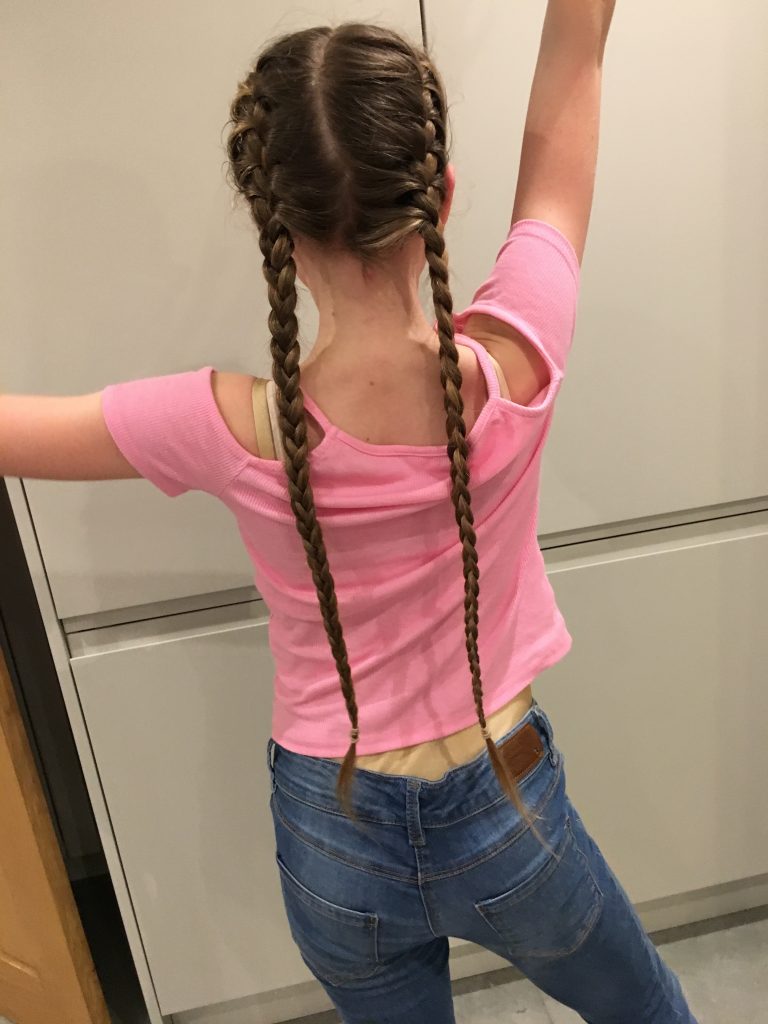