It was about four years ago that I started having sleep problems. I’ve never had a problem getting to sleep at night and I never really wake up in the night. What I do is wake up really, really early. And I can’t get back to sleep.

I’ve always been an early bird or a morning person, even as a teenager. Getting up early with kids was never a problem for me. But somehow they stopped getting up early and I carried on. In fact, I got earlier and earlier.

I suspect that when my sleep problems first started, I was probably waking up at about 5.30am. Believe me, I would LOVE to wake at 5.30am now. It varies a bit, but 5 would be about normal for me now. And every now and then I go through a bad patch and it gets earlier.

Altering the clocks was a nightmare for me. I was waking at 3.50am, but after about 10 days it settled to around 4.45am, which is still ridiculously early. I wake at 4.45 as regular as clockwork. It doesn’t matter if I got to bed at 10.30pm or midnight, I will still wake at 4.45.

Now I’m stuck in an even worse pattern. For the last few mornings I’ve woken at 3.30 on the dot, then dozed until about 4.10. And then I can’t get back to sleep!

Lying there wide awake, knowing you should be asleep, is a really miserable feeling. I used to find counting in my head helped me to go back to sleep, but that doesn’t work any more. I should try reading a few pages, to see if tiring my eyes out will make me tired enough to go back to sleep. But I don’t have a bedside lamp as there’s no socket by my bed. I’ve asked for a battery operated lamp for Christmas.

When I was waking at around 5.30, I didn’t really worry. Some people just need less sleep than others and I’m clearly one of those people. I like getting up early. I find the time first thing in the morning to be the best time of the day.

But I’ve seen articles and TV programmes over the last few months that say EVERYONE should get eight hours. A lack of sleep is like a ticking health time bomb. Margaret Thatcher and Ronal dReagan both prided themselves on only sleeping three or four hours and they both got dementia. This article I read, from someone who has studied sleep for over 20 years, think there’s a definite connection.

But HOW am I supposed to get eight hours? Or even six?

I suspect not running is a problem as I’m less tired physically. I do walk instead, but don’t cover anything like the distances. My work has been incredibly busy recently, which means I’ve only been managing one 1.5 mile walk a day (some days when it’s quieter I will manage three walks). I’m still getting over 10,000 steps with all my general rushing around. But, for me, that’s not enough. I’m a 20,000 steps kind of person.

I suspect the lack of sleep is also making my work harder to cope with. I’ve wanted to be busy for so long. All through last autumn and winter and into spring I had very little work. Some months I just worked for two clients and was earning barely half what I needed to earn. Now my work is really busy and I find myself working for four or five clients a day. It’s what I’ve been waiting for, but I feel overwhelmed by it. Because I’m tired.

I need to find a solution. I just don’t know what. I think I should have a routine of sleeping in the spare room for a couple of nights a week. My first night went well, with me waking at 5.25am. In my world, that’s practically the middle of the day!  And I must look into meditation. Although I’m terrible at relaxing, so I will probably struggle with it.

I do all the stuff you’re supposed to do – I don’t have caffeine and I don’t go on screens in the evening, I have fairly regular bedtimes and getting up times, but still something isn’t right. 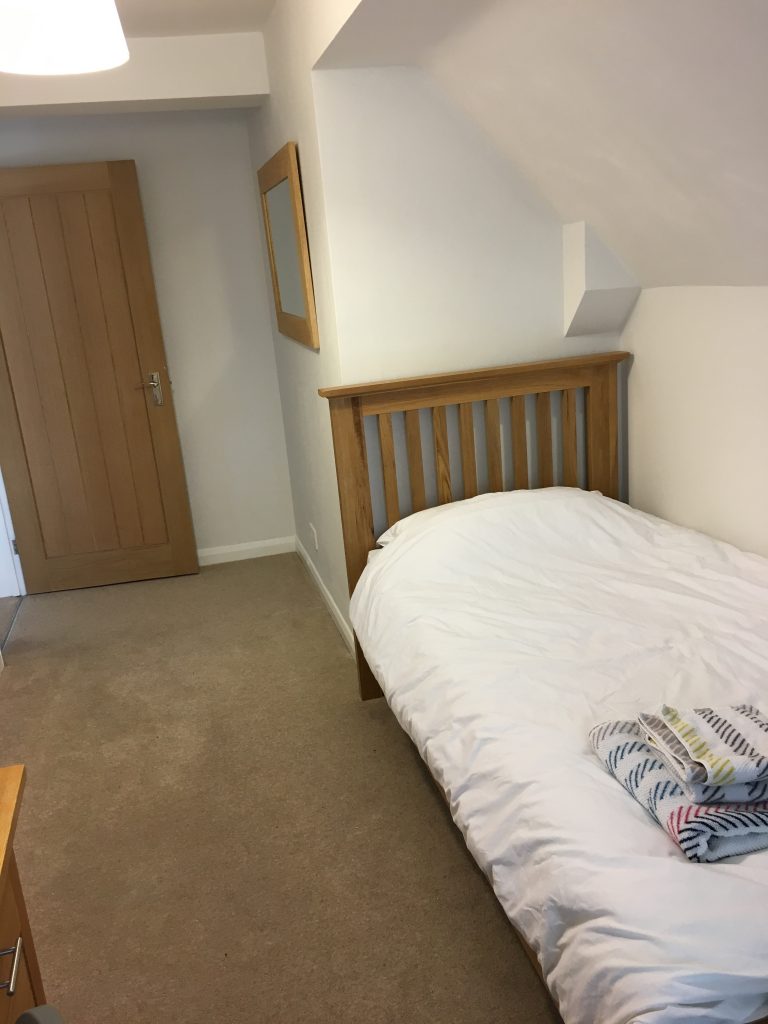