A couple of weeks ago, I got a call from my younger son’s school. A call from school can mean one of three things – a child has done something wrong, he’s ill or he’s had an accident. It was the latter.

My son had taken a knock to the face during a bad tackle in a games lesson. His cheek looked swollen and his vision was blurry. The teacher thought he could have a cracked cheek bone and asked me to pick him up from school.

My poor boy certainly did have a swollen cheek, and the beginnings of a black eye. As soon as we drove out of school, he cried and cried and cried. He didn’t want to go to hospital, his head hurt and he just wanted to go home. So he went home, had some paracetamol and rested.

The following day, he was too tired and his head hurt too much for school. The swelling to his cheek had gone down a bit and it was clear just how swollen his nose was. After the initial concern was for his cheek, my son realised that it was actually his nose that was the problem and he was having difficulty breathing. More so the following day when he got a cold. For a couple of days everything felt wrong – his head, his nose, his breathing. He was tired and in pain. But after two days off school, he went back.

The good thing about going to a school full of highly intelligent kids is the very high proportion of doctors among the parents. So one parent who is an ENT specialist told us he needed to see the GP quickly to get a referral to the hospital. If he needed his nose resetting, it would need to be done within two to three weeks. It would be manipulated back under general anaesthetic.

Everyone from the GP to the games teachers (experts on broken noses!) was surprised at how unbroken my son’s nose looked. But there’s a story there…

Back when he was 8, he almost certainly broke his nose playing football. A dad, who shouldn’t have been tackling kids, tackled him. My son fell and this man fell on top of him, breaking his nose. As he was only 8, we were advised not to put him through the trauma of getting it fixed. Since then, he’s had very little sense of smell and it makes me angry every time I think about it, but that’s another story.

What this latest knock had done, seemed to be put the nose back in place, so it looked straighter than it had in years.

But my son couldn’t breathe. His nostrils looked uneven sizes and he was breathing through his mouth all the time. Eating left him out of breath.

I was a little bit frightened of him having the general anaesthetic (although he’s had one before when he knocked his teeth out and his brother has had two), but he wanted it sorted. He wanted to be able to breathe again.

So we went to the hospital and he had high hopes of getting fixed. But it doesn’t need manipulating back under anaesthetic, it needs surgery. It’s the cartilage down the middle of the nose that is damaged. That’s exactly what my son thought the problem was. The doctor confirmed that my son really can’t breathe at all out of one nostril and it’s limited on the other side. Unfortunately, he can’t have the surgery until he’s 16 and stopped growing. And if he’s still playing rugby (which he almost certainly will be), he can’t have it until he’s stopped playing rugby, because repeated surgeries is a bad thing.

So my son is feeling a little downhearted. He can’t have the miracle fix he thought he was going to get. There is still some swelling to go down, so it will improve a bit. He’s also been using a decongestant nasal spray, on the advice of the doctor, to improve his breathing a bit.

You know that I’m a huge fan of kids playing rugby, and am so glad my eldest has it back in his life now too. There’s no way my son is going to giving up playing for a long time yet, because he loves it.

But just sometimes these momentary mistakes can have lasting effects. Rugby can be a dangerous game. Sometimes you just want to turn the clock back and stop these things from happening. 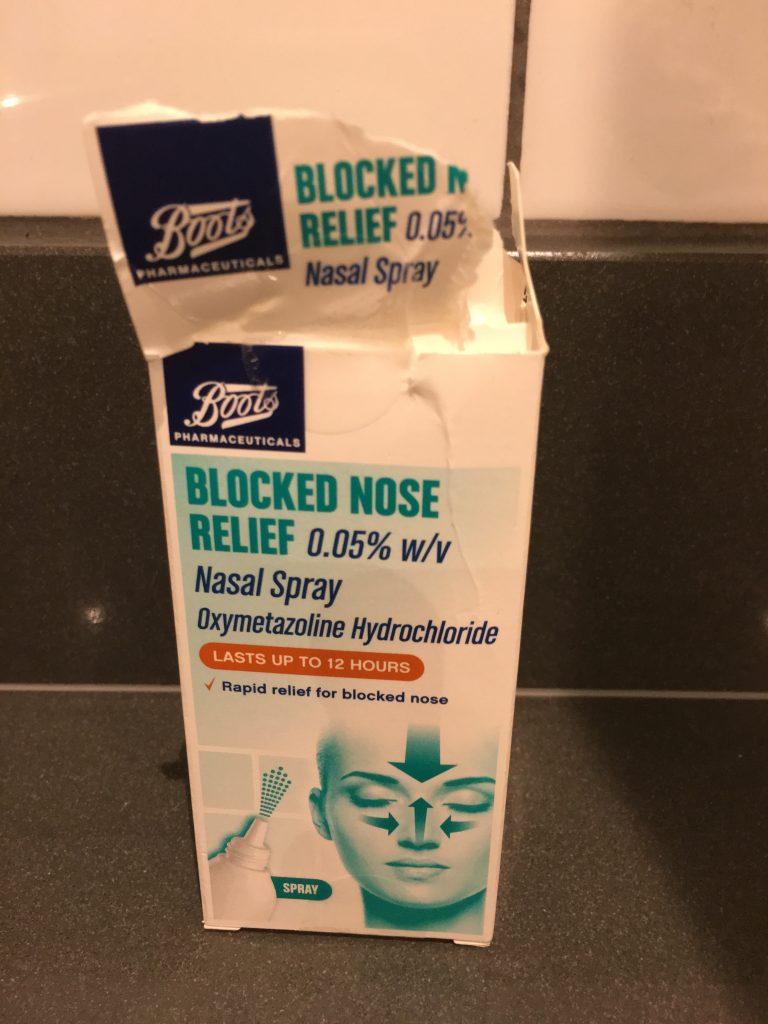