I wouldn’t have been aware of either Sirens or Joseph Knox if I hadn’t gone along to Cheltenham Literature Festival last month to hear him talk about the book. It was a session with Ali Land, talking about her novel Good Me Bad Me (which I reviewed a couple of weeks ago), so I got to know two new authors and books at the same time.

Joseph Knox was inspired to write Sirens after his time working in bars and walking the streets of Manchester late at night, where he observed all human life. And it’s captured perfectly on the pages of Sirens.

Disgraced Manchester detective, DC Aidan Waits, has messed up and is on his final warning. His last chance to redeem himself is to track down the missing 17-year-old daughter of a prominent local man. But he soon finds that there is more to the disappearance than meets the eye.

As Waits drifts from one bar to the next and gains the trust of the young women selling drugs in bars and the underworld’s top dog, the lines between his duty as a police officer and his underworld relationships start to become blurred.

Who are the good guys? Who are the bad guys? Who can he trust? Does Waits even know where he fits in any more? And is there a connection to the disappearance of another young woman 10 years earlier?

Set in a dark and seedy world of late night bars, gangs, drug dealers and vulnerable young women, Sirens is different from anything I’ve read before. At times it did get a little confusing, but every few chapters there was a bit of a round-up of everything that was going on as Waits tried to order his thoughts, which helpfully reminded the reader of who was missing, who had betrayed who and who was out to get who.

This is a real page-turner, although I don’t think it would be for everyone. But if you like your thrillers dark and British with a good deal of grit thrown in, I would definitely recommend it. 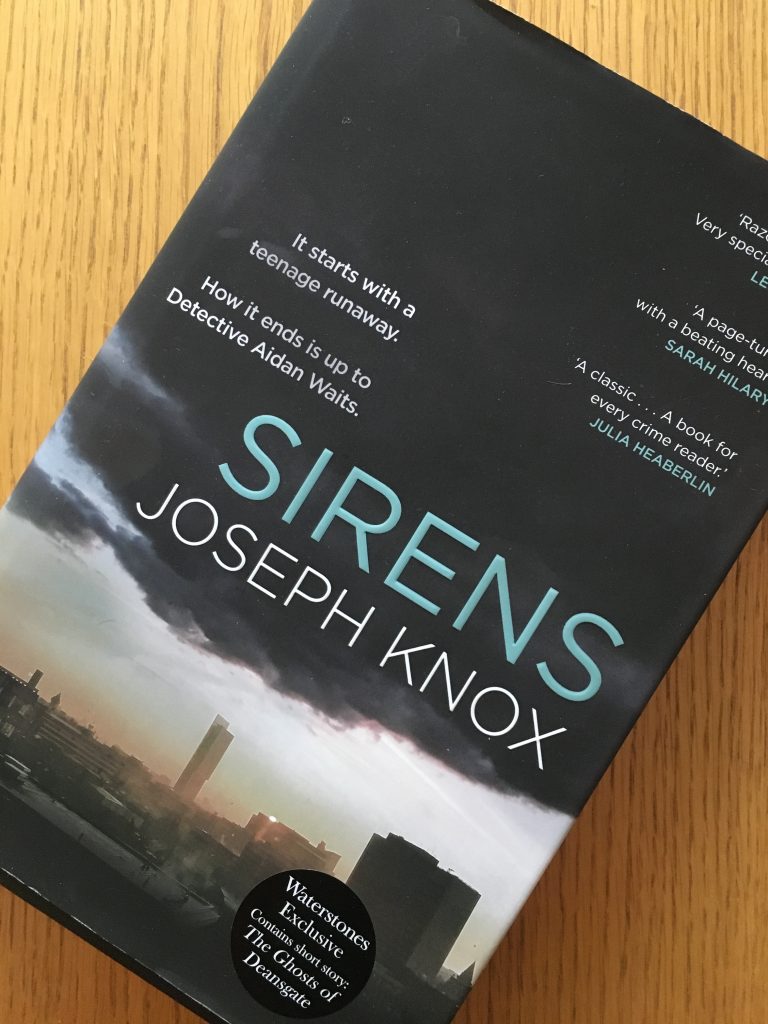