Back in the 90s, when I was in my early 20s, training was very different. I had the natural fitness of a young person. I didn’t have to worry about injury or my digestion. Training was a lot easier, but it seems a bit crazy looking back on it.

At the time, I was running most days, but probably only about two miles a day. My husband (then boyfriend) and I signed up for the half marathon two months before the day and started running five miles. Closer to the big day, we ran eight. In 1995, we didn’t even go bother to run further than eight miles and completed the half marathon in exactly two hours.

In the 1990s, I didn’t run with a watch, a phone (obviously), music or a drink. I remember the last few weeks of training were when I was doing work experience. I ate a Kingsize Mars Bar at 4pm, washed down with Still Tango (that wasn’t on the market for long) for energy and set off running after work. I did about eight miles without a drink, but I’d sensibly left one outside my mum and dad’s front door. It was 750ml of diluted squash. I stood there and downed the lot and ran another four miles. With no discomfort whatsoever. When I trained in Nottingham, where I was living at the time, I left my large bottle of squash under my husband’s car.

Fast forward to the current decade and I have to be a lot more sensible. I struggle with my digestion, so have to be careful what I eat and when. And I have two recurring injuries on my left side – the ITB and a mysterious hip/ groin injury I’ve suffered with for about four years – which I have to be careful to avoid. The ITB forced me to pull out of the 2015 Cheltenham half marathon and I was very close to pulling out in 2016 dues to the hip/ groin injury.

Even when I stopped working in an office, I had the kids to consider. Until last year, I wouldn’t leave them while I went for a run, so it meant my husband had to go into work late during the school holidays. Clearly he wasn’t going to do this more than once a week, so I was still just doing two long runs a week.

Undoubtedly this may have contributed to my injuries.

So this year I adjusted my training. I looked at a proper half marathon training plan, but I wasn’t up for following that. It was recommending running six times a week for ‘advanced’ and five times a week for ‘intermediate’. It was also recommending different types of running – slow running, hill running and quick bursts interspersed with slower bursts. Clearly this is good at building strength and helping you avoid injury, but I have no idea how to do these other types of running. When I run, I just like to run.

But I’ve taken the spirit of it on board and I am running more frequently, doing shorter distances, with only one big run a week.

So I’m doing two six mile runs a week, a long run (starting with eight, then increasing to 10 and then 12), plus a Parkrun. I’m enjoying it more than when I only do long runs. The six mile runs feel very manageable and I don’t feel as drained as I used to after eight miles (I still feel pretty drained after 10). And, most importably, apart from a twinge of the ITB on my very first eight mile run, my injuries have held out.

Half marathon number 10, here I come! 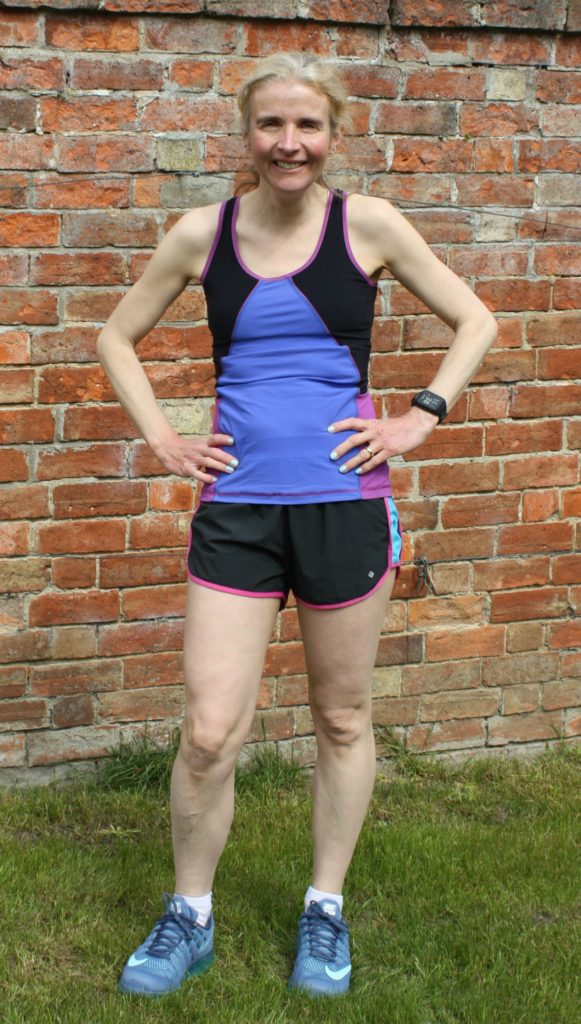