My younger son had been an absolute delight the whole time we were in Padstow. The phone was being used a lot less than usual. He got up early to go for walks with us. He laughed with his sister and was kind to her. He chatted to me and my husband. He played frisbee on the beach. He stayed up late playing cards with his brother.

And then we went for a bike ride along the Camel Trail.

The Camel Trail is a disused railway running from Padstow to Bodmin and beyond. It is used as a footpath and cycle path and every day hundreds and hundreds of people cycle along it. Cycling along the Camel Trail is the one thing we’ve done every single time we’ve been on holiday to Padstow.

This year, my husband had decided we should cycle to Bodmin – twice as far as our usual ride to Wadebridge. Wadebridge is only five and a half miles away, so what had been a day out when the kids were tiny has become a fraction of a day out as the kids have got bigger.

But my daughter wasn’t sure she would make it that far. If I’m brutally honest, I wasn’t sure I would either. I’m not a cyclist and I ride a little Brompton commuter bike. It’s designed for whizzing around town, not 26 mile rides.

As it happens, we kind of ran out of time to cycle to Bodmin, as we ended up packing too much into the last couple of days of the holiday. I felt we’d slightly wasted a couple of days at the start of the holiday when we hadn’t done much. But, as my husband said, we hadn’t ‘wasted’ them, we were on holiday and we can do as much or as a little in a day as we want to. We also adapted our days a bit this year, to accommodate my eldest’s teenage sleeping habits.

So we cycled to Wadebridge.

But suddenly there was a problem.

My boys don’t have bikes of their own. The last time either of them got a bike was for my eldest’s 10th birthday. The bike has been too small even for my younger son for a couple of years now. Instead of their own bikes, they use my husband’s. Over the years, my husband has acquired three bikes. The first one is a mountain bike, then he got a Brompton, then finally he got his fast road bike. My eldest cycles quite a bit at home and will happily use either the mountain bike or the Brompton. My younger son rode the Brompton on the Camel Trail last year without any complaints.

But this year he wasn’t riding the Brompton.

And nor was my eldest.

My younger son kindly volunteered to take the Brompton on the way there.

But then he started to sulk.

He refused to ride it through Padstow and walked the half a mile to the start of the Camel Trail – while the rest of the family rode off. Apparently the Brompton hurt his arms. I’m not sure why. Maybe it’s the long stretch between the saddle and the handlebars, but if that was the reason last year, it wouldn’t be hurting his arms this year. He’s grown a lot in the last year and is now significantly taller than me.

I was feeling quite frustrated with him, but I knew I couldn’t ask his brother to swap because that would have caused him to be grumpy too – and possibly caused an argument.

Once he got to the start of the Camel Trail, he reluctantly got on the bike, riding at 4mph. With five and a half miles to go until Wadebridge and our lunch (it was already past 12 and I’d run eight miles that morning and knew I was on the brink of feeling hangry), it was going to be a long, slow ride.

Somehow my husband and I were both riding with him and I was aware of my daughter some way ahead on our own. Yes, she’s 11 now, but I still don’t think she should be too far ahead on her own. One of us needed to catch her.

When I mentioned this to my husband, he said he was thinking of riding ahead to get the pasties.

Suddenly the aching arms had been forgotten. He wasn’t going at 4mph any more. You couldn’t see my son and his funny little bike for dust.

You would think I would have learned by now. All it takes to cure teenage grumpiness is food. 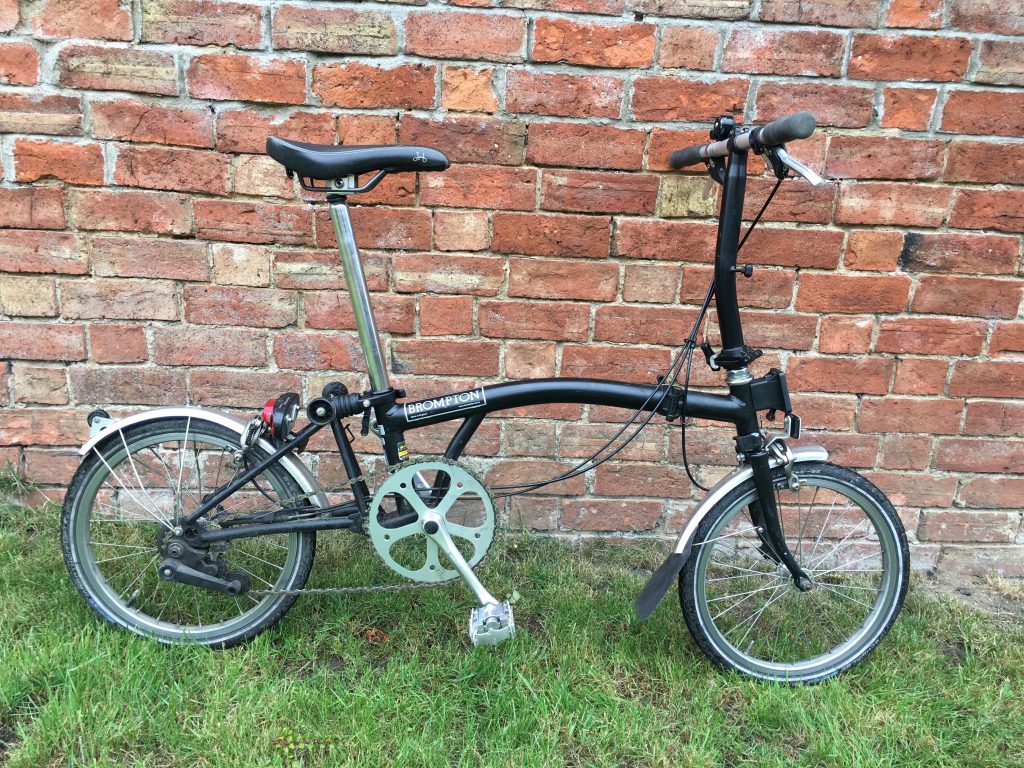