Quality time with my boy

One-to-one quality time with a child is the holy grail for any parent with two or more kids. And it’s not easy to manage with all the other stuff parents have to juggle. Some very good parents actually timetable one-to-one time so that both parents get some individual time with each child. I like to think I’m a good parent, but I’m not as good as that. One-to-one time is something which happens every now and then, but it’s not easy with football, rugby, dance lessons, Explorers and Scouts to work around.

My husband has, for many years, gone to Costa first thing on a Saturday or Sunday morning with my daughter. That’s their quality time. Recently, if she has been too tired, my younger son has gone instead. My son’s time with his dad is football. It’s their thing. My time with my daughter is dancing. Admittedly, she’s actually in a lesson, but I drive her there, wait for her and do everything she needs to do for her dancing. My eldest has less regular time, but has trips away with his Dad about once a year – always involving mountains. He’s done Snowdon and Ben Nevis and, later this year, they’re going for the big one – the Three Peaks.

The other day my eldest went to watch Man Utd with his Dad. The others would have liked to have gone to, but my son had a school rugby match and my daughter had a birthday party to go to. It seems like pretty much everyone she knows has a birthday in March, so there’s going to be a lot of those.

Which left my younger son and I home alone.

And he requested a trip to town to hunt for Pokemon. I can’t say he has hunted for Pokemon every day since the frenzy of last summer, but it is still something he does quite often and the introduction of Generation 2 has really got him interested again. He wanted two party hat Pikachu (part of an event which was just about to finish) and to pick up more items from Pokestops.

It worked for me as I needed to get him more school shoes (yep, the ones I bought him lasted ONE DAY and went straight back for a refund) and to replace the PE shorts he’d lost. I would do the errands and then would happily walk wherever he wanted to walk.

He found his first Pikachu very quickly. He ended up finding three of them. He picked up some of the new pinap berries from Pokestops and hatched an egg. He asked if we could go to a park. So we did. And there was only a Cyndaquill (Gen 2 Pokemon) there! And then there was another one, and another one… It was a nest and he was in his element. We walked up and down and round and round that park.

And I didn’t get bored.

He was happy and I was happy. If I have no other demands on my time, I would happily wander round all day looking for Pokemon with him. Because he loves it and he’s getting exercise. He chats to me so happily about it and I’ve learned quite a lot, despite never playing myself.

We ended up walking three miles round that park alone. I know that nobody else in the family would have had the patience to spend more than 10 or 15 minutes there. But there was nowhere else I needed to be, or would rather have been. It was my quality time with my boy.

Even on the way home, he was forced to jump out of the car to get yet another new Pokemon. Again, this is something his dad or siblings wouldn’t have tolerated. I just drove to a nearby car park and waited for him. He was only gone five minutes and he came back buzzing. He’d found his Pokemon and I’d given him the time he needed to find it.

When he got back in the car he gave me about the best compliment he could ever give me: ‘You’re the best Pokemum!’

I’m very happy to be the best Pokemum. I’m so glad I got to spend some rare quality time with my boy. 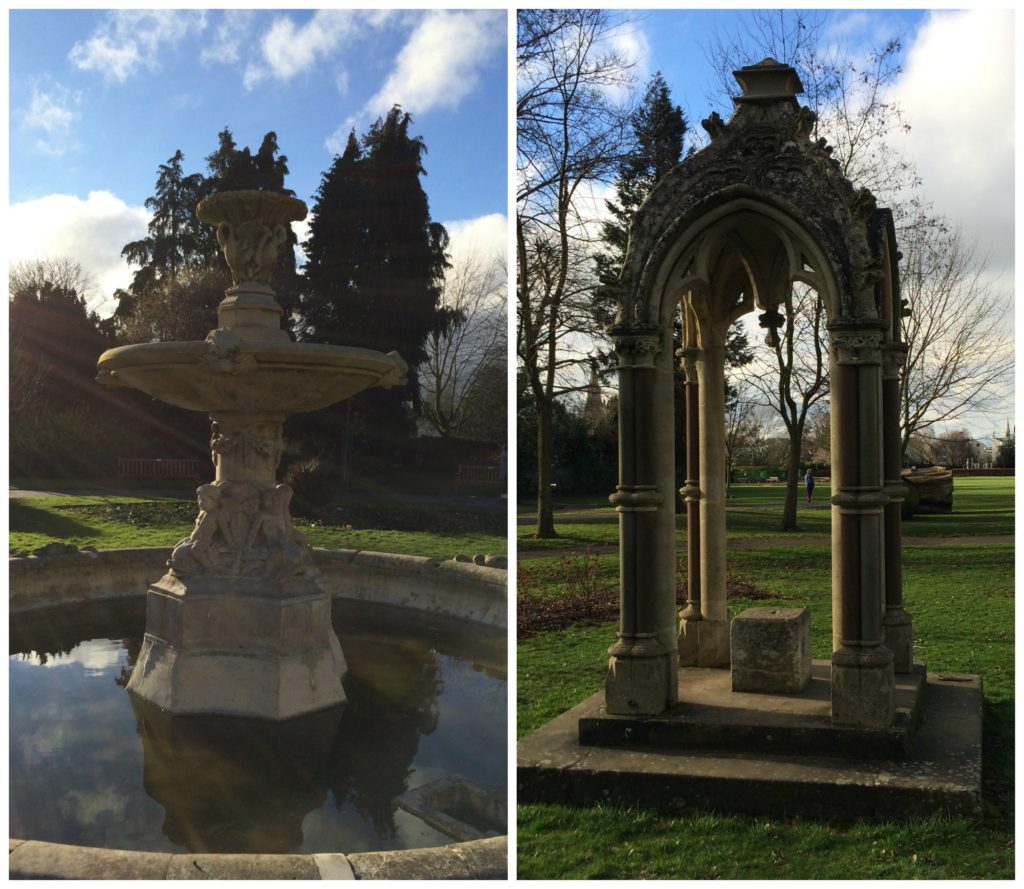 He moved too fast for me to photograph him, so I took photos of the park instead