When we initially broke it to my eldest that his dream of doing the Three Peaks wouldn’t be coming true just now, he was angry and upset. But the reasoning was completely sound and I, for one, was glad he wasn’t going to be doing it. I don’t want to dampen his adventurous spirit or say he will never do it, but I think 13 is a bit young, especially when neither her, nor his dad, are as fit as they might be.

Not long after the Three Peaks became the Two Peaks, the shine of the whole thing wore off. He couldn’t really see the point in travelling to Scafell Pike if he wasn’t doing the Three Peaks, so he decided he’d just rather climb Snowdon and some other mountains in the area.

They set off on an unseasonably cold May day. Back in Gloucestershire, I was wearing the winter coat I hadn’t worn for the past month. The forecast for the summit of Snowdon was -2 degrees.

They took the Watkin path. There are eight paths up Snowdon and they have now walked seven of them over the past two years. The Watkin path starts much lower down than the other paths – close to sea level – so the climb is longer and harder. Whereas some of the paths are very gradual, or even quite flat to start with, this was quite a hard climb all the way.

My husband said it put his strength, fitness and stamina to the test, but my son did really well (that must have been the training climbs I took him on!). Although there was never any doubt that they would complete it, it was a hard climb. Made much worse by the weather.

It rained from the second they left the youth hostel to the second they got back to the car. As they got higher, it turned to sleet and then snow. At first the snow didn’t settle, then it started settling. And they kept on climbing. Thank goodness for waterproofs and layers!

Apparently the last bit of the climb was steep and unstable, with a fair amount of scrambling involved. They said I would have hated it! I’m so glad I wasn’t there to see them.

They made it back down in one piece, although cold and wet. Even waterproofs have their limits. As they looked back at the mountain, it was completely snow-covered.

They decided to scrap their plans for any more mountains. The weather just wasn’t good enough.

I’m proud of my husband and son for climbing Snowdon in these conditions. I’m also very proud that they were sensible enough to realise they shouldn’t climb any more. Sensible decision-making and safety considerations aren’t really their strong points! 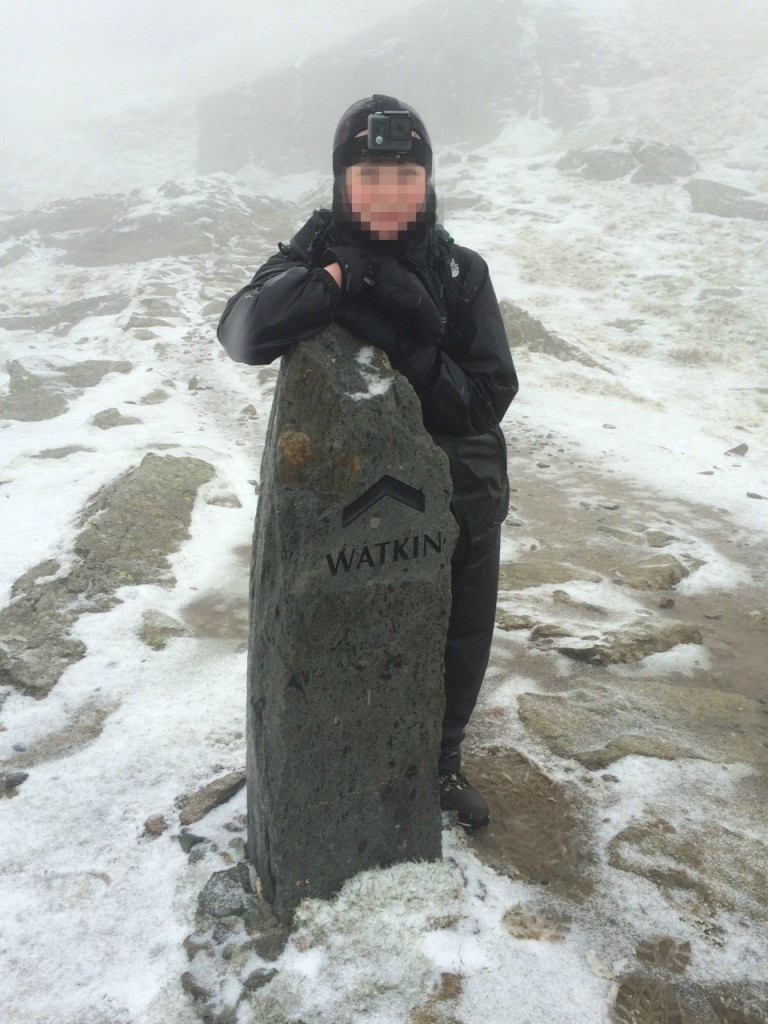 If you’re feeling Loud ‘n’ Proud of any achievements this week, however big of small, add them to the linky below. Next week, Loud ‘n’ Proud will be hosted by Mama Owl.