At the start of the school holidays, I wrote about how brilliant I think Pokemon Go is. I’ll be honest, I was slightly worried about how my younger son would cope with the holidays. He thrives at school and really needs the stimulation it gives him. Without that, he retreats into his iPad and iPhone (always both at the same time) to keep himself amused. He usually sits on his own in his room, which I’m not keen on. I want him to be much more active and sociable.

And then Pokemon Go came along in the nick of time.

It was a dream come true for my son and for me. Yes, he was still attached to his phone, but it was while walking (and often running) round the village, chasing Pokemon.

He was out as soon as he got up and would be in and out of the house all day. He was walking long distances looking for Pokemon, but also to hatch his eggs. If I could take him into town, even better. There were far more Pokemon there and lots more running around to do.

By the time he went on Scout camp, at the end of July, he was averaging 11 miles a day searching for Pokemon.

When he came back from camp, he had a day in his room looking at his two screens to recover and then he was back on it. On Tuesday and Wednesday of that week, he was up to 13 miles a day. On the Thursday he excelled himself with NINETEEN miles.

It was at this point, that we started begging him to slow down a bit. We have to remind him to eat and drink. We are consciously giving him more food. Because walking and running 19 miles a day burns up some serious calories. My boy is pretty slim, he can’t afford to lose weight.

When we went on holiday to Padstow, we walked a stretch of the South West Coast Path – it was about 12 or 13 miles across country and with a lot of climbing. When he finished his walk, instead of going inside, he just ran off as he had 4km to complete on a 10km egg. I couldn’t believe he didn’t need or want a rest. He walked 21 miles that day. And as he went to bed on the last day of our holiday, he told us he’d walked exactly 100 miles over the holiday! 10,000 steps a day? That’s for wimps!

Right at the start of the holidays, we had an email from the school rugby coach asking that boys exercise and stay fit over the holidays, ready for the first game of the season as soon as they go back to school. We certainly won’t have any worries about fitness. I think my son is the fittest he’s ever been. 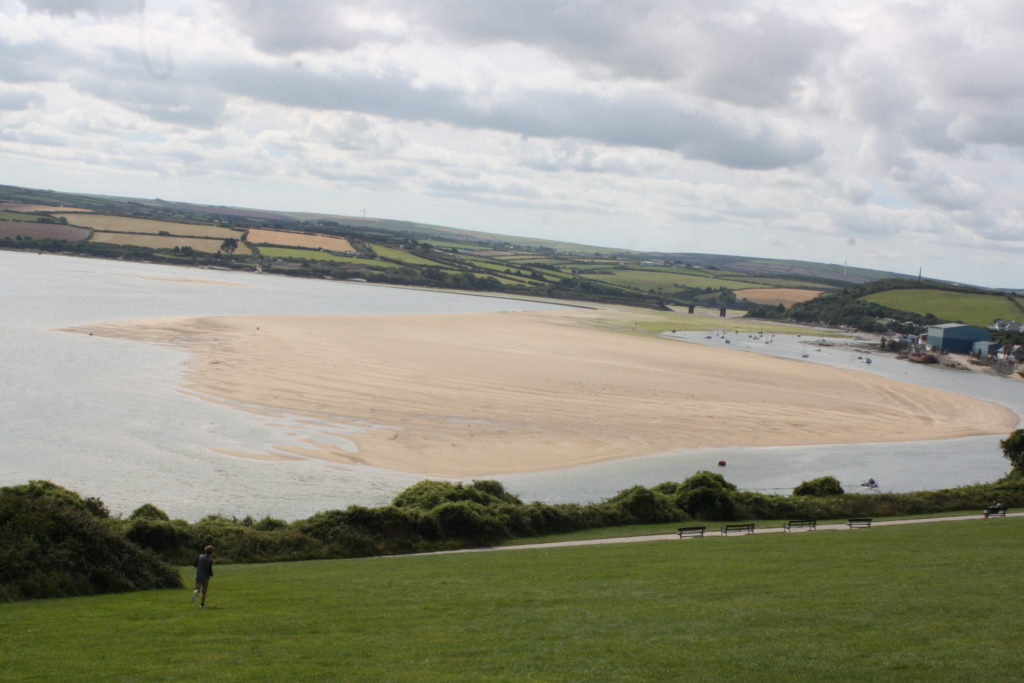 There’s a Pokemon on the beach!