My daughter was a Rainbow back in the day and she loved it. But we decided not to move onto Brownies because, by the time she left Rainbows, she was already doing four dance classes a week. There wasn’t time for Brownies.

It wasn’t long before she started asking to go to Cubs. But it clashed with her ballet class.

Did you know the Scouts have actually been admitting girls to their ranks for 40 years? Although the first girls only joined our Scouts about five years ago – the first one was my eldest’s old best friend who lived down the road from us.

We realised my daughter’s ballet classes were going to move from Mondays to Tuesdays when she was 10 and a half, the exact age when you can join Scouts. She missed out on Cubs, but my daughter was going to be a Scout!

She’s very lucky that she has a few girls from her year, including her best friend, there with her. My younger son is still there, along with some of his old friends, and he is now a patrol leader. The two of them are very happy to be at Scouts together, just as my two boys were happy to be there together.

My son is well-known and well-liked at Scouts, but my eldest, who left to move to Explorers just over a year ago, seems to have near-legendary status there. He was a very hard-working Scout, who threw himself into everything Scouting had to offer. He went on lots of camps and was Scout of the year a few years ago. He now helps out at Beavers.

Apparently the leaders are often telling the group that my younger son’s brother did this or that. And my daughter has to do a bit of a noisy throat clear so they don’t forget her. Because it’s not just my son’s brother, it’s my son’s and my DAUGHTER’S brother. She might have only just joined. She may have missed out on Beavers and Cubs, but my daughter is determined to be every bit as good a Scout as her brothers. This is my daughter we’re talking about. My determined little girl. Anything they can, do she can do as well (if not better!).

She’s so determined to throw herself into everything that she even went on a night hike just half an hour after her first panto rehearsal ended. There was no time to go home to get changed or eat, so she changed and ate in the car. And she loved her hike so much that she said she wants to do it every week!

She is loving Scouts already and I have no doubt whatsoever that she will succeed. 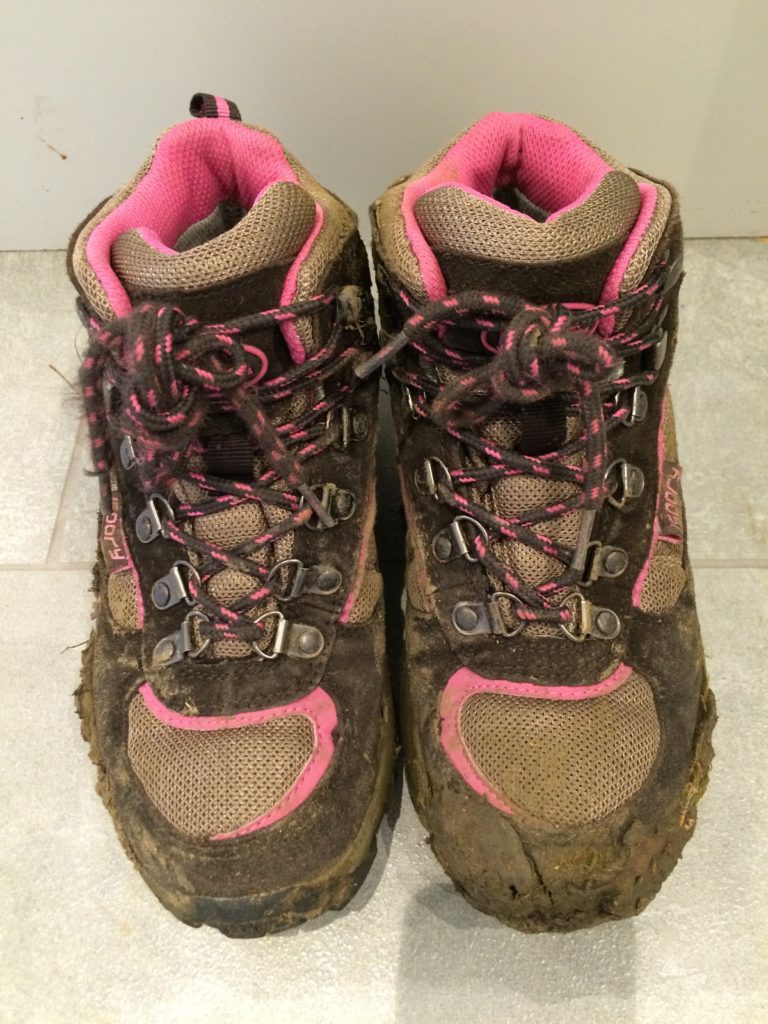