He’s not so bad really

Sometimes, my teenage son drives me insane. He ticks every teenage box there is to tick.

He leaves damp towels and dirty clothes all over the bathroom floor. He goes to bed far too late and then struggles to get out of bed. He makes himself snacks and doesn’t clear up the kitchen. He interrupts me with a pointless question or statement when I’m busy with something else, talking to someone else or even on the phone.

He confuses me. What goes on inside the brain of a 15 year old male? Because this 43 year old female really doesn’t understand.

And then there are other days when I remember that he’s not so bad really. Not bad at all.

Other kids’ parents and Scout leaders love him. He’s very good at talking to adults. (Teachers might not be quite so keen, but they’re getting to understand him more now that he’s a bit older.)

He’s been made a prefect at school and that is definitely something to be proud of.

He’s been helping out at Beavers for a year now and even has a special woodland leader name. One of the little boys wrote a letter to him the other day. Just because he likes my son. My heart nearly burst when I saw that mis-spelled note, it was just so cute.

He’s his own person. He doesn’t do enough homework or revision (and I do wish he did more), but when I read about the pressure that some teenagers put themselves under, leading to depression and worse, I’m quite grateful for my son’s laid-back attitude. I’d rather have a happy son than one killing himself to get 10 As.

Yes, he might leave towels on the bathroom floor and make a mess in the kitchen, but a boy who is a prefect, who is loved by adults AND helps out at Beavers can’t be all that bad really, can he?

In between all the frustration, I’m really very proud of my biggest boy. 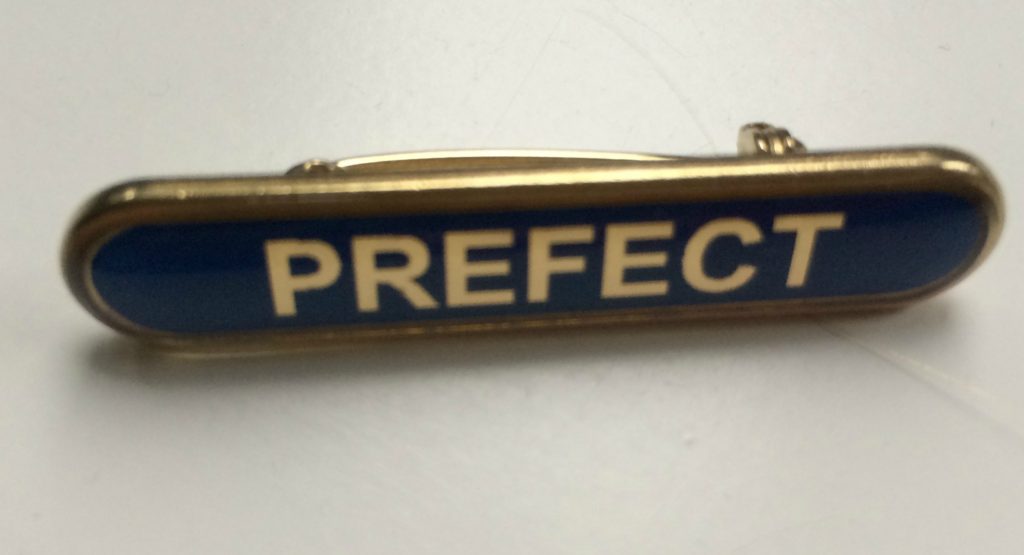