If you think Pokemon Go is a thing of the past, you obviously haven’t got an under 12 living with you. It might not be the massive phenomenon it was over summer (I blame school and short, dark days), but there are still plenty of kids (and adults too!) who are playing.

My 13 year old son still plays every weekend and is looking forward to Generation 2 Pokemon being released any day now, which will really increase the excitement of the game. But, as anyone who has played will tell you, Pokemon Go is a huge drain on the phone battery. A power bank/ portable charger is an absolute essential. Unfortunately, my son lost his a couple of months ago, so has been relying on mine. Until he was lucky enough to get a Pokemon Power Bank. 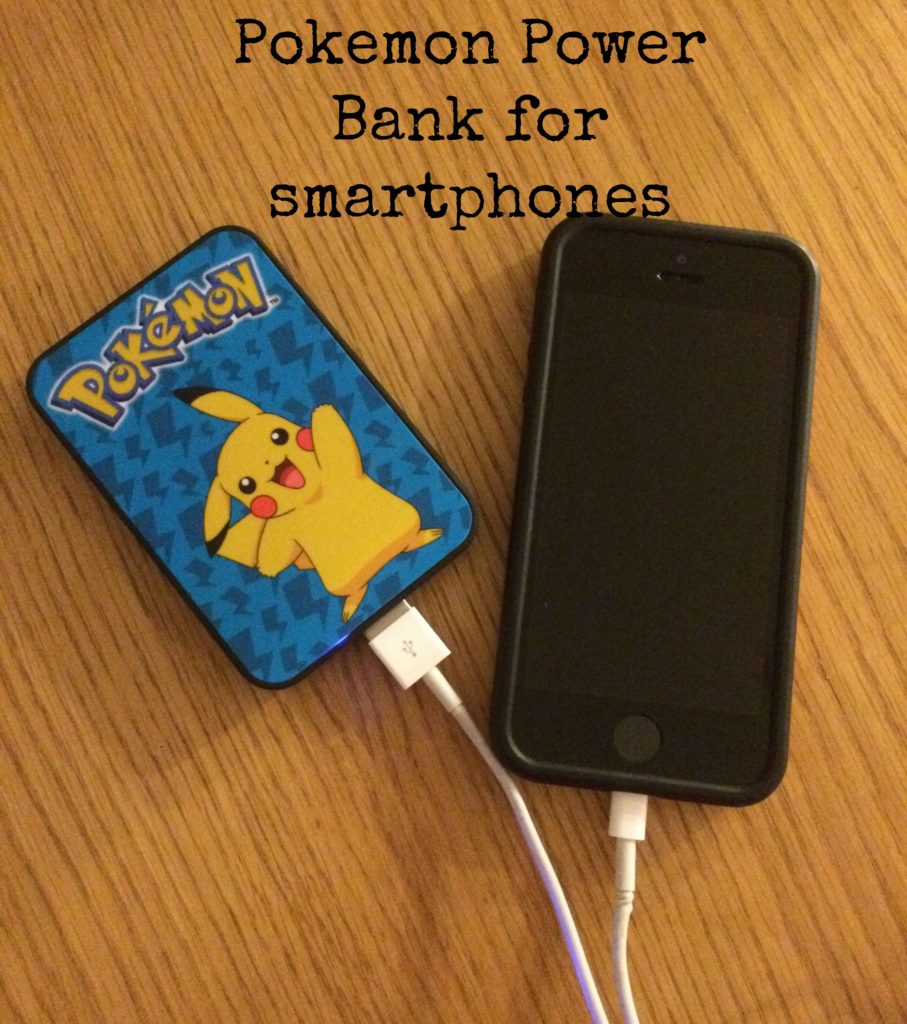 These slim, lightweight chargers fit easily in your pocket and, most importantly for the Pokemon fan, they come with a Pokemon design! My son has the Pikachu design, but they are also available in Pokeball, Pokemon Trainer and Master Ball designs.

My son is very happy with his new charger, which is smaller and lighter than his old one. Best of all, he says, it holds more charge than his previous power bank. This is essential because my son can charge and drain his phone several times in a day while playing Pokemon Go.

It is suitable for charging all USB devices, so that’s tablets as well as phones. The LED indicator lights are a useful indication of how much charge is left and it comes out of the box with 50% charge, so it is ready to use straightaway. The Pokemon Power Bank retails for £14.99 and is available at a number of stores, including Argos, Tesco, Smyths Toys and HMV.

And, of course, it’s not just for Pokemon Go! I think we’ve all been in a position where we’ve needed a portable charger, when we’ve been out and about, whether or not we’ve been playing Pokemon Go.

The power bank would make a great Christmas present for any Pokemon fan. 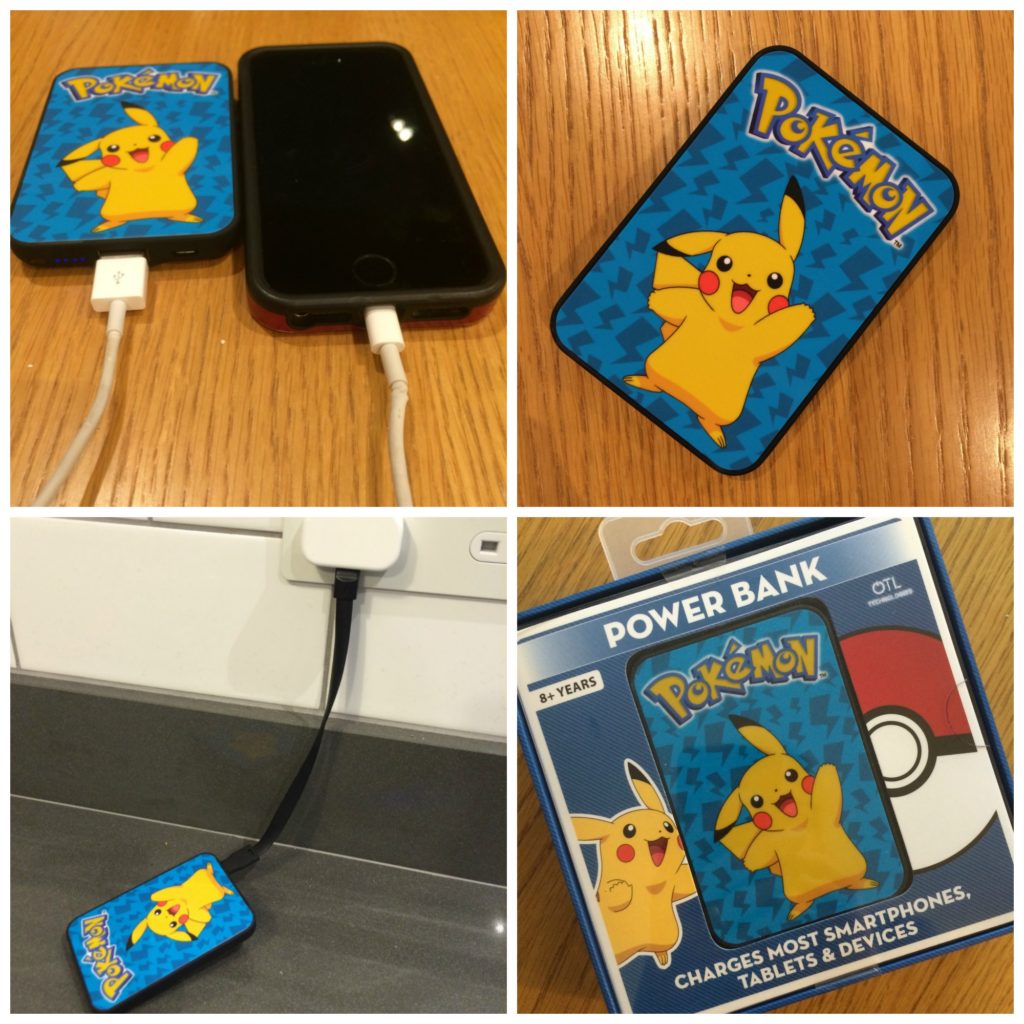 We were sent a Pokemon Power Bank for the purposes of this review. All opinions are our own.