Should Eric get a new friend?

Home » Family » Should Eric get a new friend?

When our lovely guinea pig, Daisy, died unexpectedly at the age of just 2 a couple of weeks ago, our thoughts immediately turned to keeping Daisy’s friend, Eric, happy and alive. The kids would have rushed out and got a brand new guinea pig the very next day if they could. Because guinea pigs are sociable creatures, they need to be with other guinea pigs. And they should live around six years. Eric could be looking at a long and lonely life. 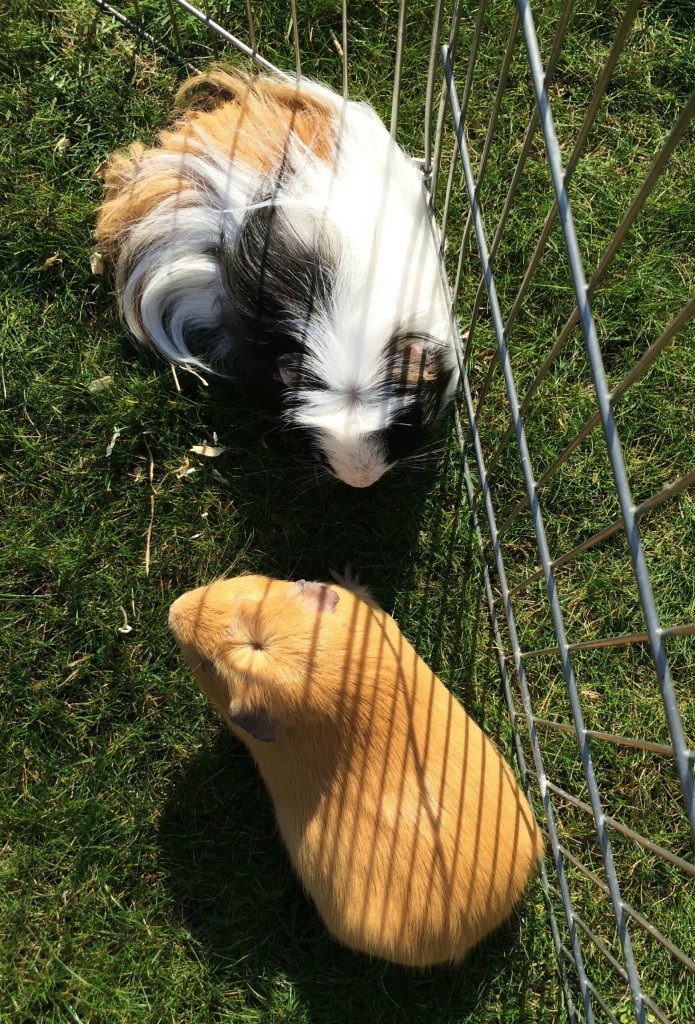 We took Eric to the vet for a check-up and she urged us to wait for a couple of weeks – to give Eric time to adjust and also for him to get over his slight wheeze. He didn’t want to pass on any illness to a new friend, nor did he want to become ill due to introducing a new hutch-mate too early when he was potentially still too stressed about Daisy’s death.

But then we noticed something. In the first few hours after Daisy’s death, Eric was understandably stunned. He was still and quiet and he didn’t eat. But then something changed. We noticed him moving around much more. He sat happily munching away, with his feet resting on the rim of the bowl. He’d never done that before, he’d never been allowed. Daisy was the boss and Eric did what he was told.

He spent more time in the open area of the hutch and less in the bedroom. He didn’t run when somebody approached the hutch. He was a different guinea pig. He was enjoying his space and his freedom. Maybe he preferred being on his own? Maybe he didn’t really need a friend.

My priority has always been to do what’s best for Eric. A new guinea pig would be cute, but it has to be for Eric, not for us. If Eric didn’t want a new friend, then we shouldn’t get one – even if the kids did want to choose a tiny new bundle of fluff and a new name.

Just when I had reached the conclusion that he was better on his own, it would niggle me again about guinea pigs being social animals. Everything I’ve read about guinea pigs says they need to be with their own kind.

When Eric went back to the vet for a further check-up a few days later, I asked again about a new friend and told her that he seemed to be doing well on his own. She said he might be fine on his own if he had lots of human company. He’d had that in the days following Daisy’s death, but I knew it wouldn’t last. Not when the kids went back to school and the nights got colder and darker.

The good news was, his wheeze had cleared. But now he had mites. Mites are a bit like nits in humans in that they are a bugger to get rid of and keep coming back. Eric has had mites from time to time and we’d treated them and kept them under control. If not treated properly and allowed to get out of hand, they can cause severe discomfort, hair loss and even death. Not the best time to get a new guinea pig.

Now the vet advised waiting a month to get a new friend – with Eric having three mite treatments at fortnightly intervals to really clear them. She also advised giving the hutch a really good scrub. So I scrubbed the hutch to within an inch of its life and gave Eric his final bath of the year (he has regular baths, but only in the summer months as it’s too cold for him to dry in winter).

And still I wasn’t sure if he needed a new friend.

But as the days wore on, Eric got quieter. The novelty of the spacious hutch started to wear off. I realised we hadn’t heard him squeak or purr for a long time.

We haven’t rushed into a decision, we haven’t bought the first baby guinea pig we’ve set eyes on, but I think we’ve all decided.

Eric does need a new friend. 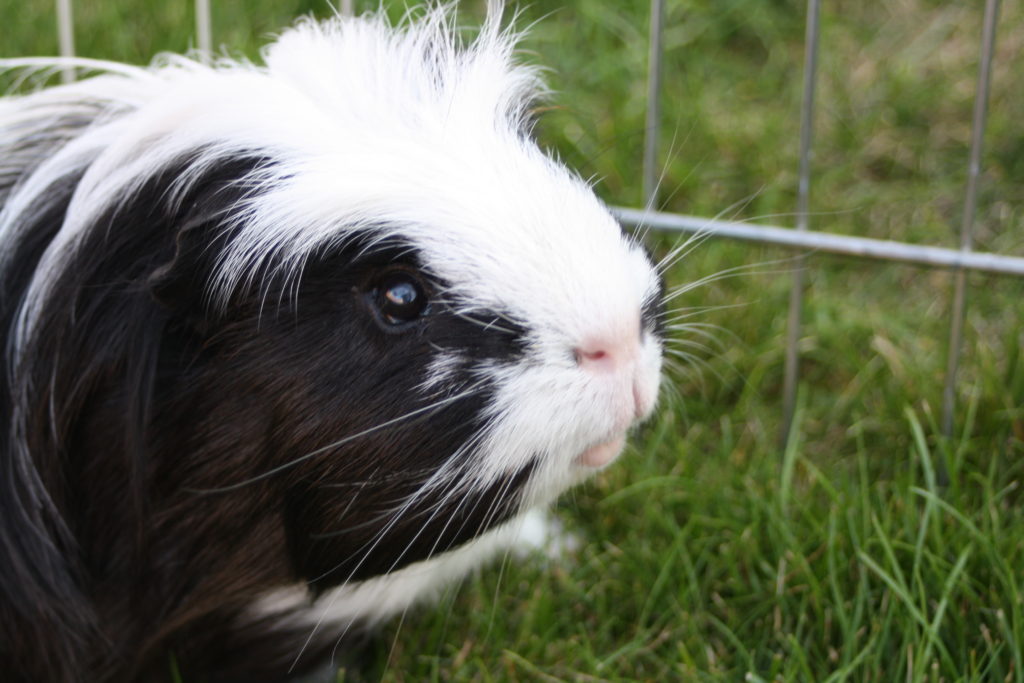 I wrote this last week and scheduled it for today, several days before we intended to get a new guinea pig. But then this happened.