On the morning of my 43rd birthday, something strange happened. I woke up with NO BOOKS TO READ. This literally never happens. I always have a pile of books waiting to be read. I’d finished The Lake House by Kate Morton the night before and was planning on buying some books with the book tokens I was bound to get for my birthday.
But I needed to go on a train before I had chance to get to a bookshop. And as all bookworms know, it is against the law to go on a train without a book. Cue an emergency dash to Sainsburys to pick up a suitable read.
Under time pressure (I had a train to catch!) I read the backs of a few books and it was Local Girl Missing by Claire Douglas that appealed to me most. I was taking a bit of a risk – I hadn’t heard of the author before and nobody had recommended it, but I needed a book!
Four days later, I’d finished the book.
It is VERY rare for me to read a book in four days – 1o days is about my usual. That proves just how hooked I was on this story.
Nearly 20 years previously, Fran’s best friend Sophie had vanished, at the age of 21. All that was left of her was a trainer. Shortly afterwards, Fran had left the seaside town where she’d grown up and never returned.
Until a phone call out of the blue from Sophie’s brother, Daniel. Remains, thought to be those of Sophie, had been found and he wanted Fran’s help in finding out what had happened to Sophie. So Fran travelled back to the seaside town to talk to the people she’d known back in the day and try to piece together what had happened to Sophie.
This is quite a scary book. Fran feels threatened by her old friends. What was the dark secret Fran and Sophie had shared, and did anyone else know?
The story moves between Fran’s investigations with Daniel and Sophie’s words in the days before she disappeared.
Local Girl Missing is is a real page-turner and nothing and nobody is as it seems. I definitely didn’t see the twist at the end! If you like your novels on the scary side, I would definitely recommend this book. 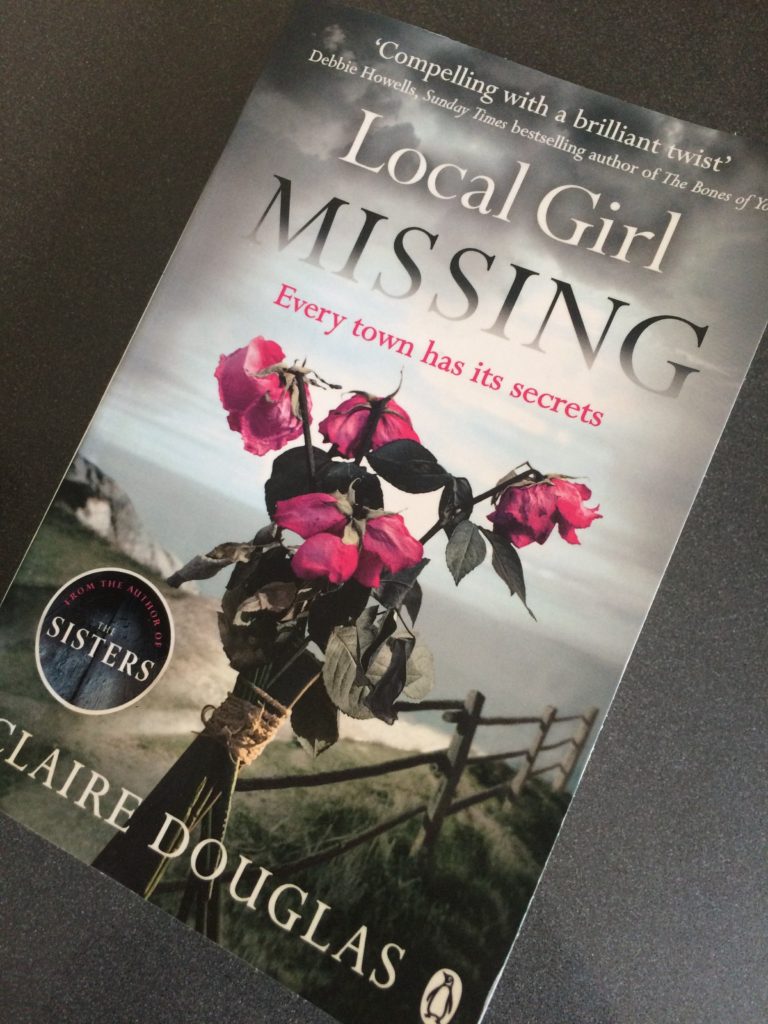