Crawling over the finish line

I used to think I was busy. But now I realise I’d never known busy until I had three kids at three different schools.

I never would have guessed the difference an extra school could make to our family. For a start, I have to drive to and from school every day for the first time ever. Possibly another comprehensive wouldn’t have had the same impact, but my son’s grammar school is very demanding of our time because it offers so many great opportunities and my son wants to do them all.

I used to think I was busy. But now I realise I’d never known busy until my daughter was in a pantomime.

Six rehearsals a week for three weeks meant a hugely disrupted routine, even more driving and an increasingly exhausted mummy.

Rehearsals turned to performances – anything between four and seven performances a week for five weeks. Less intense than rehearsals, but still a lot of work. And a lot of driving.

And then Christmas came along. Like it does every year. I don’t know why, but it always takes me by surprise. In many ways, I’ve been more organised this year (thank goodness for online shopping!). The presents appeared without much effort and I got my cards written earlier than last year. I even did all of the wrapping in one long and exhausting session. 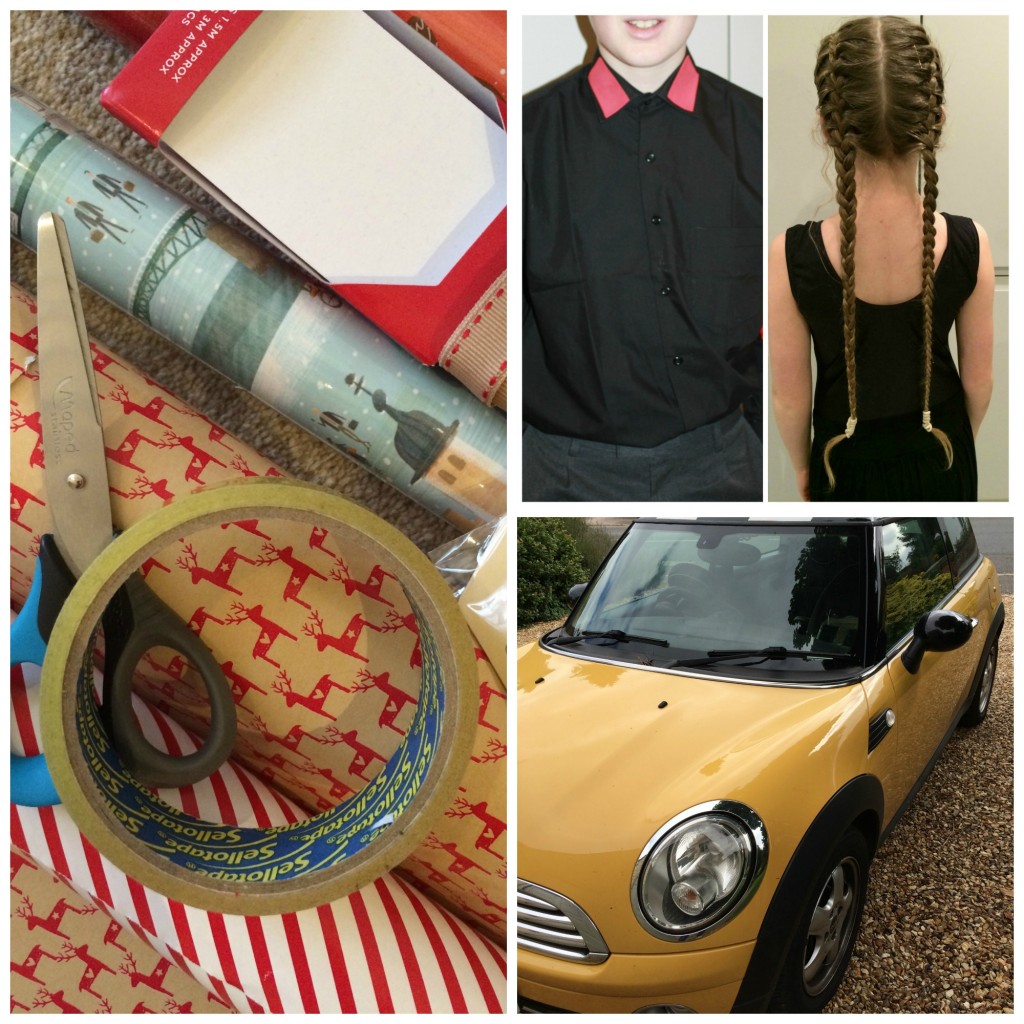 And then comes the final week of term. The big one. The one with all the concerts and, yes, more driving and more disrupted mealtimes.

Monday was the Scouts Christmas concert. Tuesday was two performances of the panto (one of which I watched – oh yes I did!), followed by lifts to Explorers for my son and his friend and to a football meeting for my husband.

On Wednesday I heard I had some urgent work coming in. To be done on the two days of the week I had written off as being impossible to actually do work. Then my boys had a huge argument/ fight which ended in a damaged violin and I drove my younger son to his school carol service. I was supposed to stay, but I was at the end of my tether. Tired by all the driving and pressure, upset by the fight and thoroughly miserable.

On Thursday my daughter had one performance of the panto, I had a doctor’s appointment, then I had to drive my daughter to her school Christmas performance. Which is not at school, it’s at a particularly inaccessible church.  I ended up parked miles away and couldn’t face the journey home and back again, so I worked in the car (which turned out to be surprisingly easy and enjoyable). Then it was the most ridiculously long and slow journey to pick my son up from school – we were half an hour late, microwave meals for tea and straight back to the church. The traffic was so bad that we drove three miles in 24 minutes. I can RUN three miles in 24 minutes. I parked miles away, arrived just before the start and sat at the very back of the church as there were no other seats.

I felt tired, miserable and thoroughly deflated. School, Christmas, endless driving and the panto had taken every last ounce of happiness and enthusiasm and wrung them out of me. I had nothing left.

And so to the final day of term. Three kids, three schools, three different (early) finish times. Except my eldest didn’t actually even go to school as he had a temperature and a bad chest and throat.

I have crawled over the finish line and I’m ready for a break.

But we’ve got six panto performances a week for the next two weeks. Break, what break?