Every year, the Christmas performance for the juniors at our school is a carol concert at a big, cold church a few miles away. It’s lovely, but it doesn’t have the same pull on the heart strings as a proper nativity. To be honest, it’s a bit of a logistical nightmare. It’s also a very long day for the kids who get dropped off there first thing, spend the day rehearsing, do one performance, go home briefly for tea and go back for a second performance. My husband would go so far as to say he ‘hates’ it and he was seriously threatening not to go this year.

But this year I was looking forward to it. For starters, this would be the first time EVER I would actually drop the kids off myself, as I’ve always been at work in previous years, so my parents have always done it. The biggest advantage of not being tied to work is that I would also be able to get there a bit earlier and hopefully not end up sitting right at the back of the church. On the edge. Behind a pillar.

But then my son woke on the morning with a bad headache and a high temperature – his second illness in just over a week. He could hardly stand up, there was no way he would manage a whole day of standing up in a big, noisy church.

The kids have never been that enamoured of the Christmas concert. It’s a long and slightly boring day for them. But try telling them they’re not well enough to do it… We had tears. It was his last one! He was doing a reading and playing his guitar! He really, really didn’t want to miss it. And who could blame him? I didn’t want him to miss it either, but he couldn’t do it. My daughter, who is the performer in our family and lives for this sort of stuff, was in bits too. She knows how much she would hate to miss any performance, least of all her last ever, so she was in tears on her brother’s behalf.

I dropped my daughter at the church for the day and dosed my son up with medicine. He started to feel better. Would he be able to make it to the church in time for the performance? His headache went, his temperature came down and he ate his lunch, so I took him to the church for the concert. I was supposed to watch in the evening, but swapped tickets with my mum and ended up going to the afternoon performance. It was so nice to get there in the light and actually be able to find a seat with a reasonable view! 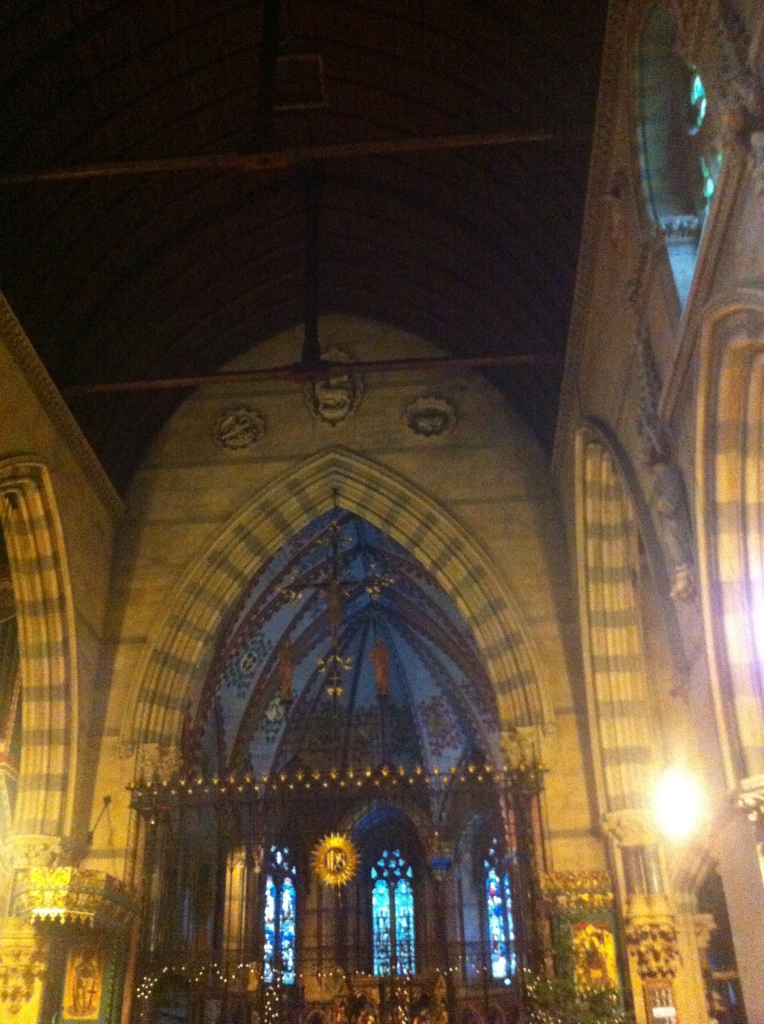 The concert kicked off with a couple of new Christmas songs – two of the ones the choir had sung in the pub. Then the year 3s did the Band Aid 30 version of Do They Know It’s Christmas. The year 4s did a quite hilarious Christmas song called Oh What a Special Night, which comes with action. I’d watched it on YouTube with my daughter and it’s highly irritating and also gets in your head (it’s there right now, it’s been there for days). Seeing it performed by kids is different though – they did it with such enthusiasm and energy that it became uplifting rather than irritating. In many ways, I don’t think they could have chosen a better song.

Then my daughter played her violin in a group of just three with my son’s best friend and a boy from her year. It was fantastic. She tries so hard with her violin. She was also one of very few children who had their name in the programme, which makes me proud!

Between all the songs and performances, the year 6s did short readings of the Christmas story. My son read about when Herod asked the Wise Men to tell him where the baby was so he could go and praise him, but they felt there was something wrong and didn’t go back to Herod.

My son had kept very quiet about what the year 6s were performing – he’d wanted to keep it a secret so it would have more impact. And it did! They filed on, then turned to face each other in two groups, with their heads bowed. One by one, children came on holding a candle telling parts of the story of Christmas day in the trenches. Then the children shook hands before singing Silent Night in both English and German. It was incredibly moving and a lovely way to commemorate 100 years since the start of World War I.

Then my son played his piece with the guitar group and the children sang a very rousing medley of favourite Christmas songs, and his final primary school Christmas concert was over.

It was a far more enjoyable experience without the stress of rushing from work and finding a lone seat at the back and I’m so glad my son was well enough to take part and enjoy it.