It’s just over four years since my eldest’s peanut allergy was confirmed with a consumption test, which is a pretty scary thing where a person has to eat a small quantity of the thing they’re allergic too.

As someone who isn’t asthmatic, my son is considered to be fairly low risk. But always at the back of my mind is the knowledge that peanuts could kill him. When he reacts, his face swells up. It’s likely that each subsequent reaction will be more severe than his previous reaction. If his throat starts to swell too, we could be in trouble.

So he went to the hospital for a check-up. We weren’t sure what to expect, other than to allow two hours for the appointment.

The doctor was impressed that he hadn’t a reaction at all since diagnosis. The rest of the family are big fans of peanut butter and we all eat it quite a lot, but we’re very careful with washing our hands and utensils. When I’ve been using peanut butter, my brain is so finely tuned to the risks that my hands actually feel different until I wash them. I’ve never made the mistake of touching the bread or cheese or anything my son might use before washing my hands. 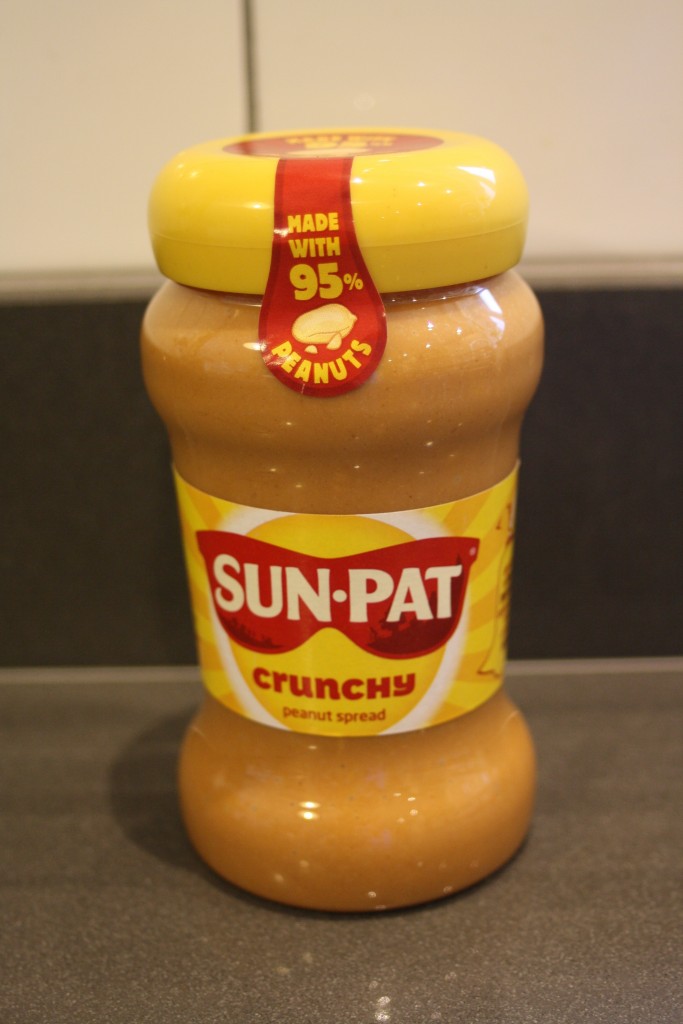 As a teenager, my son’s risks are increased. I was already aware of this, which is why he got an EpiPen earlier this year for his travels to France and Holland.

Put simply, he doesn’t have his mum with him with Piriton in her handbag. He may eat unfamiliar foods to fit in with his friends. He will go to restaurants where he can’t be sure about all the ingredients. He may be at a party or in a pub with shared peanuts and crisps. He won’t eat the peanuts, but he’ll eat the crisps. If someone else has eaten the crisps after eating peanuts, he could be in trouble. When he’s abroad, he won’t understand the labelling. He might even kiss someone who has been eating peanuts.

It’s a scary world out there and it reminds me how lucky we’ve been so far.

The nurse reminded him of the importance of carrying his EpiPens and gave him a trainer pen and instructions, so he could practise and he could get his family and friends to practise too. (In the heat of the moment, a lot of people end up shooting adrenaline into their thumbs rather than their thighs.) He also advised getting a medic alert bracelet in case he’s ever on his own and eats the wrong thing. If he collapses in the street, paramedics will always look for a medic alert bracelet so they know what they’re treating. 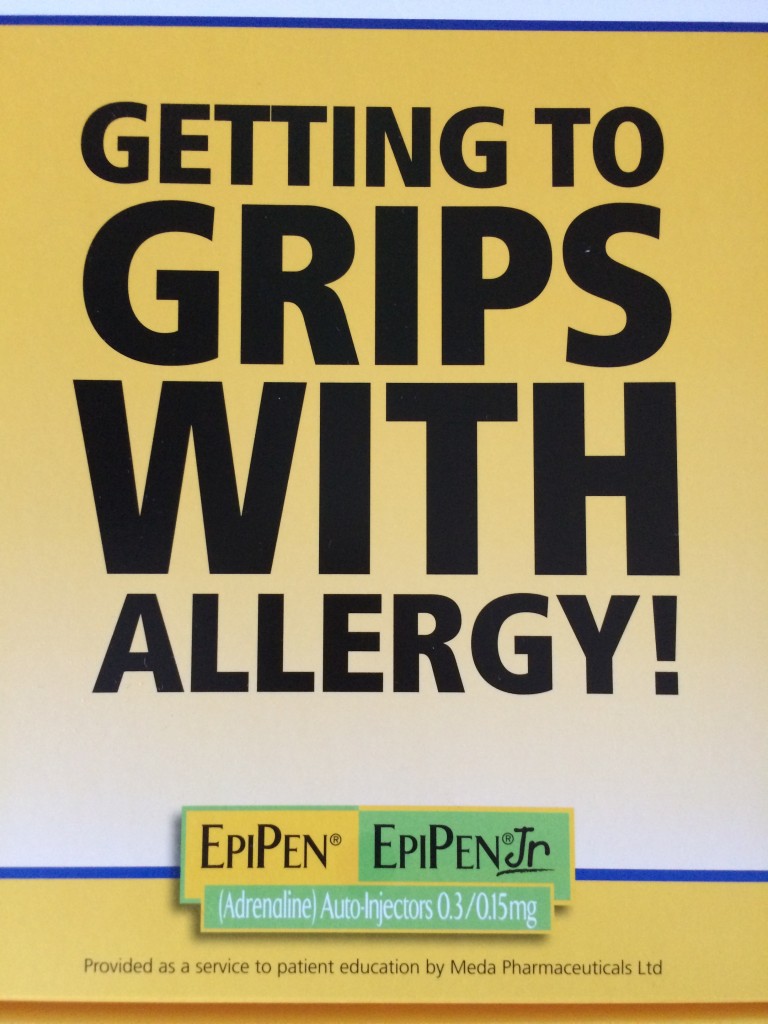 And so to the skin prick test. My son hadn’t had one of these before. First the nurse marked his arm with a plus, a minus and a P. The plus and minus were controls – histhimane (an allergen) for the plus and salt water for the minus (salt water is definitely not an allergen as our bodies are fall of it). The P is, of course, for peanut.

He then put a drop of each substance on my son’s skin and I can see my son start to worry. After avoiding peanuts for so long, he was scared to be in contact with peanut oil. But he was in the best place. There’s a reason these tests are done in hospital. He was never in any danger.

And then the nurse took something similar to a razor blade and pressed all three substances into my son’s skin. And then we waited for 20 minutes to see what the reaction was.

My son is unusual. His peanut allergy never showed up in his blood test, so it didn’t show up in his skin prick test either. The positive control worked, so the test obviously worked.

But as people don’t grow out of peanut allergies and as I’ve seen the reaction with my own eyes – and doctors have seen it too with the consumption test, there is no reason to believe he has grown out of it.