The up and down boy

Home » Family » The up and down boy

Sometimes my younger son doesn’t seem himself – tired, drained and emotional. He worries me a bit. But I know what he needs.

Give him something to eat and he perks back up to his normal self.

It’s happened a lot lately. I’m starting to wonder if he ought to see a doctor. His reactions are so extreme. When he’s tired like this I really can’t do a thing with him. He says his legs won’t work. The other day he fell asleep in the car in the afternoon on the way back from town (it’s only a couple of miles away).

When he was at primary school, he used to come home ‘starving’. The school dinner portions of something like a small pizza slice and a couple of potato wedges weren’t really enough for a big year 6 boy. When he started secondary school, we had high hopes for bigger dinners. After much deliberation, we decided taking a snack for break time and having a cooked lunch at the very late lunchtime of 1.30pm would work for him.

But, within days, he realised it wouldn’t work. He had things to do at lunchtime – starting with rehearsals for his concert. One day, he was completely unable to eat and ended up getting two crackers and a piece of cheese at 2.30pm. So he’s decided to eat at breaktime (11.30am). There’s no proper meals at break time – just baguettes and paninis.

His online account shows ‘small baguette’ or ‘small panini’ every day. Not even large ones! I’ve offered more food from home, but he won’t take it. He says there’s no time to eat it. Other parents told me they had to put a stop to their sons’ out of control spending on their school food accounts when it got to four bars of chocolate a day. I had to put a stop to it with my eldest – who was taking a packed lunch, but then buying more at school than his brother.

It’s not enough for a growing boy and he’s coming home weak and drained. I try to encourage him to eat more at home. 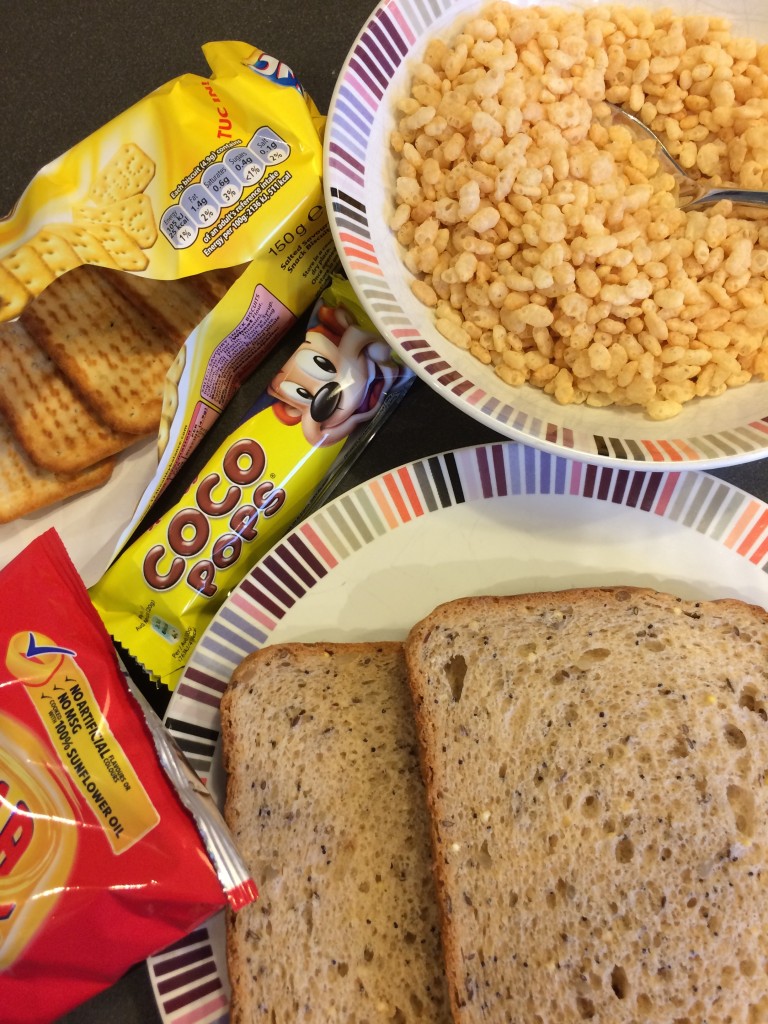 He’s also started saying sugar gives him a headache. I don’t encourage my kids to eat sweets, but I’m sure it’s not just my family where small packs of Haribo seem to appear out of nowhere – there’s always a kid with a birthday giving them out. My son won’t eat them any more.

Talking to my husband about it, he threw a curve ball.

‘We need to watch him. I hope he’s not bipolar.’

Now there’s something I hadn’t thought of. And, yes, I realise you don’t get a diagnosis of depression or bipolar based on being a bit up and down and tired. But it got me thinking.

It’s something I never thought I would hear from my husband’s mouth. He’s one of those people who doesn’t ‘believe’ in mental health problems – ‘I’m not depressed about it, so why is s/he?’ ‘What have you got to be anxious/ depressed about, you’re lucky etc etc.’ I’m the one who looks out for these signs in my own kids. I was concerned for a while that my daughter was showing signs of anxiety around sleep, but it hadn’t crossed my mind with my son. I just thought it was purely a physical problem.

By contrast, his brother is straightforward. Yes, he’s grumpy, careless and uncooperative, but he’s a teenage boy. Everything I read about teenage boys could be written about my son. He’s textbook.

My younger son isn’t like that. He’s special. (And before you all jump on me for being nasty and ‘favouring’ one son over the other, that’s not what I mean. Special kids are at both ends of the academic spectrum.) He’s highly intelligent, gifted and talented. A high flier. Gifted and talented people are prone to mental health problems.

So I’ll be watching him carefully. For physical AND mental health problems.

And I’ll be feeding him. Regularly.