My son really has hit the ground running at his new grammar school. They don’t give kids time to ease in, they believe in throwing everything at them from the start. And so, just three weeks after starting at the school, he took part in his first school concert – compulsory for all year 7s.

It’s not just a concert, but a competition between the four houses. All of the houses have a girls’ choir, boys’ choir, orchestra and jazz band. Remarkably, all of the musical arrangements and organisation is done by students. It’s a brilliant way to get the year 7s firmly integrated into their house and to get to know older students. It’s also really flipping knackering – with lunchtime rehearsals and then two very long, very tiring performance days (my son got home from school at 10 past 11 after the second performance!).

All year 7s took part in their house girls’ or boys’ choir and some also played their instruments in either the orchestra or the jazz band. You might think that it would only be year 7s in the choirs and only girls in the orchestra and jazz band, but that’s not the case! This is grammar school and every day I’m learning that it’s very different from a comprehensive, where to show an interest in music is geeky in the extreme (my eldest plays violin and is one of very few boys who play in the annual concert). There are boys and girls of all ages in all of the ensembles.

The concert started with a girls’ choir, which was so beautiful it brought tears to my eyes. They sang beautifully together, blended a medley of tracks together perfectly and had some stunning solos. The jazz bands and orchestras were skilled. The boys’ choirs tended to be slightly more entertaining and slightly less polished than the girls’ choirs – blending broken and unbroken voices together can’t be easy, but I loved watching them!

My son’s house were up last. Finally, they strode on. There was my son, right at the front and, thankfully, visible from my position at the very back of the hall (I haven’t sussed the secret of when to leave home to bag a decent seat/ parking space, but I still haven’t sussed it for the primary school we’ve been at for 10 years!). He looked serious. He was concentrating hard and watching the teenage conductor, just as he’d been told to do. I felt so proud of him. Somehow he looked simultaneously big small – smart and grown up in his new blazer, but so young compared to the big boys. It was such a proud moment. And there was still more to come.

The orchestra came on and then it was time for my son to play his guitar in the jazz band. But where was he? Did he slip on unnoticed? Was he in the corner with the other guitarists? I couldn’t see for sure. But somehow I thought he wasn’t there. I worried. Where was he? Was he OK?

He’d missed it. They had never had a full run-through, taking in the transitions between the acts. He’d got lost, overwhelmed and confused and had missed his jazz band performance. He felt understandably upset and so did we.

Starting secondary school has been a huge thing for him and all the year 7s and sometimes they slip up – they get lost, they forget something, they bring the wrong kit, sometimes they even forget to eat.

He managed to perform with the jazz band the next day. Sadly, we weren’t there to see it, but he came home buzzing.

He was so proud of his first concert and so were we. 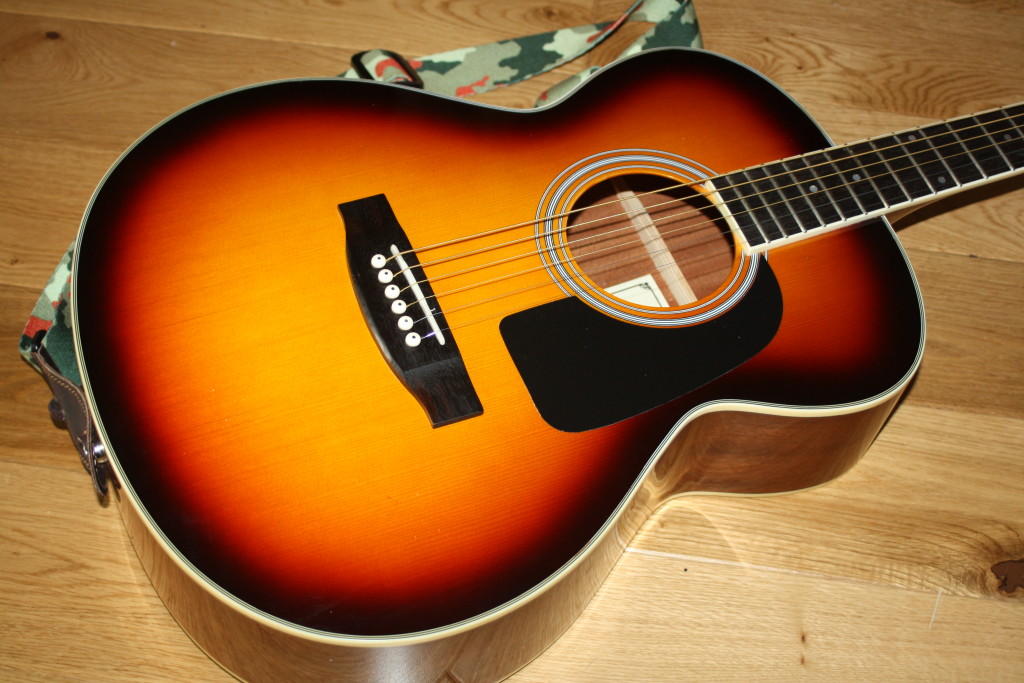 And don’t forget to play nicely! Don’t just leave your link here and hope for lots of views and comments and not return the favour. Please comment on the host post and at least three others. We don’t like to come over all head teacher-ish, but we’ve noticed that there are people who don’t comment on others’ posts and that’s just naughty!

Next week Loud ‘n’ Proud will be hosted by Mama Owl.