The thigh bone’s connected to the hip bone…

Home » Uncategorized » The thigh bone’s connected to the hip bone…

I’m telling everyone that will listen that I will DEFINITELY be running a half marathon in the spring. Not to mention the Cheltenham half marathon next September. I’m proud of all my friends that ran it the other week, but still gutted that I wasn’t with them.

I know I can recover from my ITB problem quickly. I’ve had it before. I recovered, didn’t I?

But it seems it’s not as simple as that. I don’t just need a quick fix.

My injured ITB is on my left leg. When I injured it four years ago, it was on my left leg. The dodgy hip which has been plaguing me for nearly two years (although relieved a lot lately thanks to painkilling injection and physio on the NHS) is – you’ve guessed it – on the left leg.

I have never been injured on the right.

It doesn’t take a genius to spot the pattern.

Although I’m clearly not a genius or, more likely, I’ve had my head buried in the sand, because I didn’t want to believe there was a pattern. That there might be something underlying. That it might not fix easily. That I might not (horror or horrors) run another half marathon.

Having a bad leg that wakes you up between 4 and 5am every day for nearly two years is clearly an NHS matter. Being unable to run 13 miles, although still able to run a mean Parkrun, clearly isn’t. So I took myself to a private physio.

I have to say I think my physio is ace. Yes, I don’t like spending money on it, especially as work has been a bit slow since the summer, but I totally believe she’s as committed to my recovery as I am. And she’s looking into my issues a lot deeper than the NHS physio – who has a queue of far more needy patients than a middle age, middle class mum sulking because she can’t run 13 miles.

It turns out I do have ‘issues’. Fundamentally, my left leg turns in a bit. It’s not uncommon. Plenty of people will have this and it won’t cause problems. But when you want to run eight, 10, 13 miles on the leg, it starts to protest. There is an imbalance in my body and when it starts to tire after I’ve given it a pounding, it starts to hurt.

Apparently, it’s not the ITB, the recent injury that has stopped my running, that is the source of the problem. The ITB problem is caused by the hip problem – the one I’ve had for nearly two years. That in turn is caused by my slightly turned-in left leg and my slightly flatter left foot.

Righting the alignment of an entire leg can’t be done quickly. But I’m trying!

I have exercises for my hip, my ITB and my hamstring. I’ve have some funny foot raisers in my everyday trainers and I’m getting some very cool orthotics (basically flipping good insoles) for my running trainers.

My physio can even do acupuncture and I know this is something which has worked well for a lot of people. I’m considering it, but I’m not sure if it’s suitable for someone on Roaccutane, who bleeds as easily as I do.

I’m slightly concerned at the cost of all this, but I don’t go to a gym. All of my exercise is free, so this can be in place of all the gym fees I’ve never paid out. The one thing I would probably really benefit from is yoga, but there are simply not enough hours in my day or week, which is already filled to breaking point.

But hopefully, when I’ve completed my treatment, I’ll be a stronger (maybe even faster) version of myself. A lean, mean running machine in tip-top condition, with every joint and every muscle working in perfect harmony.

And I’ll be training for my spring 2016 half marathon. 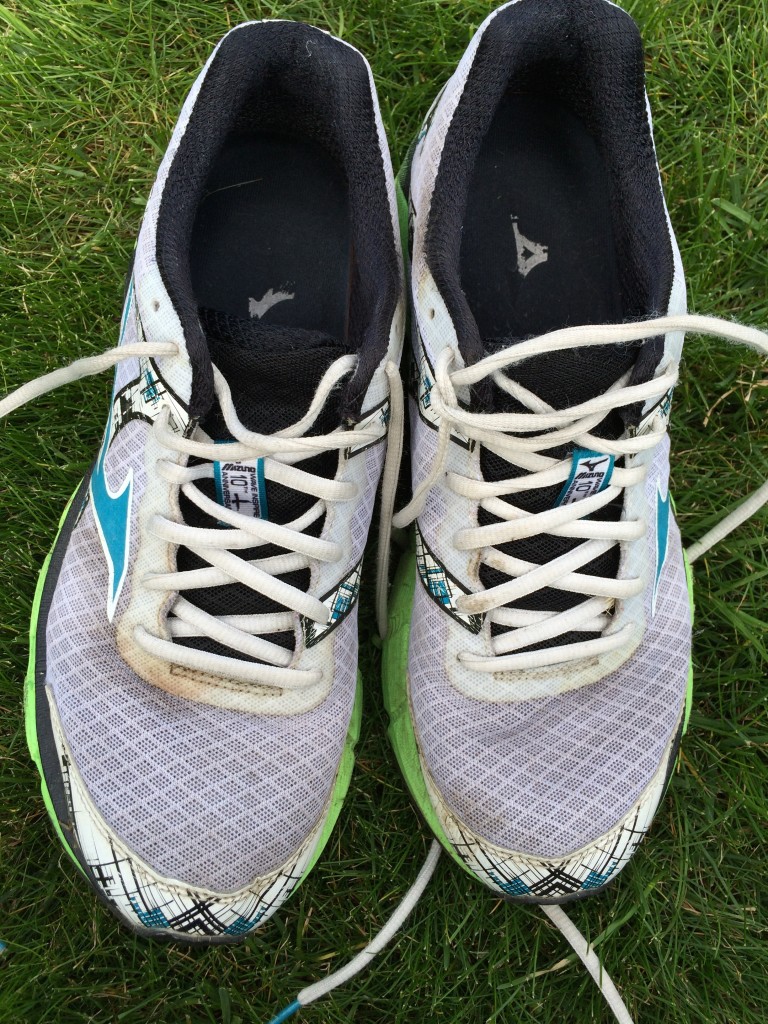