Saturday mornings for us are always busy. In fact, pretty much all of our time is busy. The last time we did Parkrun, we realised we wouldn’t be able to do it again for four weeks. But we would be able to manage it last weekend – the boys were on Scout camp and the rest of us were home.

But last week was hot. Even the weekend when it had cooled down a bit.

When I told my daughter it was going to be 20 degrees at 9am, she decided to opt out. I could have gone for a run locally instead, but I decided I wanted to do Parkrun to see what speed I could actually do it in if I was my own.

I hadn’t seen anyone running with headphones, so I decided not to take mine. I always run with headphones – it helps me focus and my Runkeeper app keeps my pace on track. I thought I’d run with a pacesetter instead, but there wasn’t one. Then I noticed the people who run fast actually DO wear headphones. So I set off at what I hoped was a reasonable pace, without my headphones to help me. It was hot and crowded, but I knew it would soon thin out and it did.

Pretty early on in the second lap I was already hot and thirsty and already thinking ‘I’ll see the 2k sign soon, then I’ll be nearly halfway’. I’m happy to run in pretty much any conditions, apart from heat. When I’m hot, I always start thinking about how long it is until the end. But it was good to be running properly and to be the one doing the lapping, not the one being lapped.

At the start of the third lap, I had a pleasant surprise – my daughter and husband, there to cheer me on. My daughter was surprised when I told her I was starting my final lap.

By 4k I would have walked, had it not been for the fact that I knew I only had another kilometre to go. I don’t believe in walking when I run, but sometimes it’s just too hot to keep going and it has to be done.

As I approached the finish, at the point where my daughter had started sprinting last time, she started to run with me. She beat me, her legs were fresh, mine were hot and tired. But I had enough left in the tank to pip a couple of people to the post.

So how did I do? I finished in 25 minutes and 8 seconds and was 119th overall out of 356 runners. Most importantly to me, I was 19th woman home and placed third in my category.

I love running Parkrun with my daughter – it’s a great mother-daughter bonding experience, but it’s great to be able to run it properly and achieve a time and position I’m proud of! 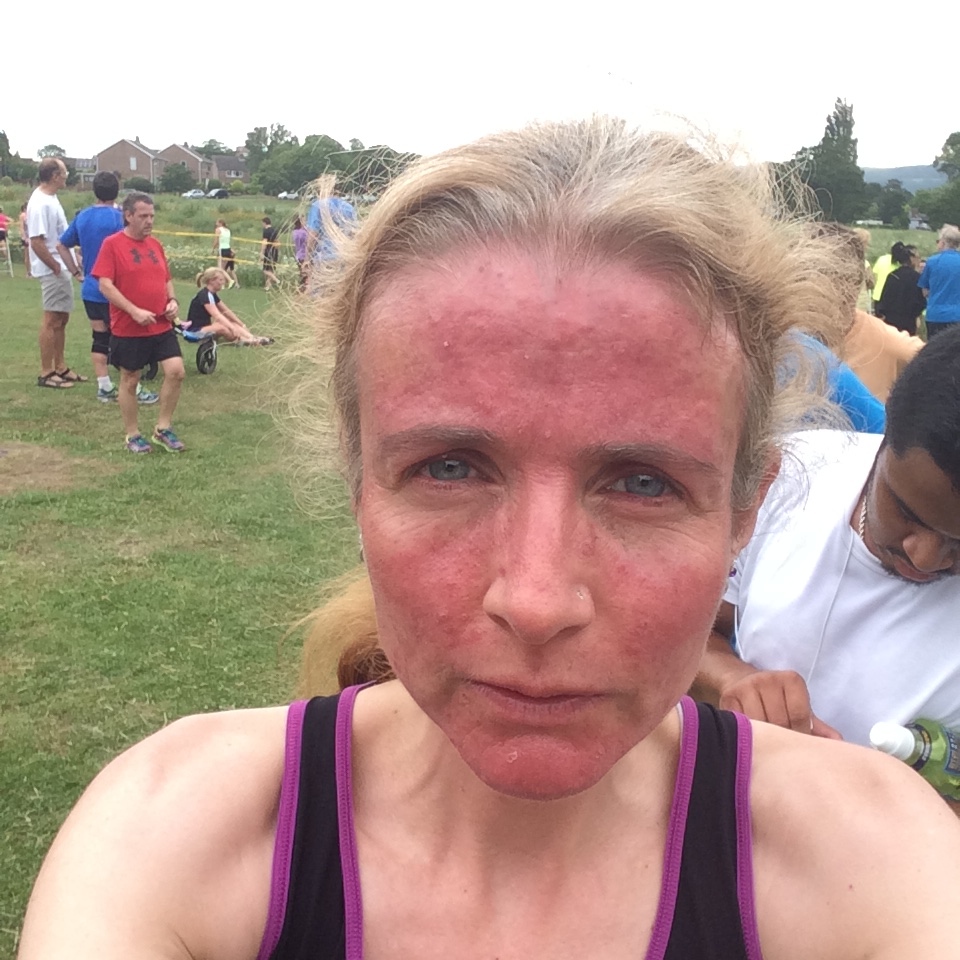