There was a week or so towards the end of the school holidays when I wanted it all over. I wanted the kids back at school. They were arguing, fighting, bullying, niggling. They were being nasty to each other and they were driving me mad. They needed the routine. So did I.

But be careful what you wish for…

Because being back at school means letters and cheques and emails. It mean dance lessons and Scouts and football. It means homework and after school clubs. It means meals in three sittings. It means packed lunches and early starts.

That’s always been hard. But, somehow, this term it seems to have got just a little bit harder.

And I’m feeling overwhelmed by it all.

Having three kids at three different schools isn’t easy. They all have different needs, different deadlines, different forms to fill in. Nothing is shared any more. It’s triple the work.

Taking my younger son to school by car is adding an extra 20 minutes to the start and end of each day. It’s not much, I know. I quite enjoy it in some ways. But it’s eating into time we already didn’t have. It means what was once a bit of a rush for an after school dance lesson has become a mad rush, with no time for drinks or snacks.

Mondays are bad. So are Tuesdays. Come to think of it, Wednesdays aren’t great either.

I’m cooking tea, while helping with homework, filling in a form for school and finding recycling to take to Explorers.

On Monday my daughter has two dance classes, in two different places. Then there’s Scouts, which doesn’t require me to give anyone a lift, but does require me to fill in letters and write cheques and try to calm down two completely hyper boys who are making endless toast and endless noise in the kitchen when they get in at 8.45pm.

On Tuesday my daughter and my younger son both have an after school club, then my daughter goes to her tutor. My eldest has started Explorers, even though he’s still at Scouts. That’s in a different village and requires a lift for him and his friend. More work for me.

Wednesdays are after school clubs for both the younger kids too, plus a double dance lesson for my daughter. She finally gets to eat at just after 7.

Thursdays are relatively quiet, with just one dance lesson for my daughter, and tutoring for my eldest.

The last time I checked, Fridays were a day of rest. Or a day of homework, because we don’t have much other time to do it. But I wouldn’t be surprised if I hadn’t forgotten something. My brain is overloaded right now.

Saturdays and Sundays are for relaxing and doing jobs around the house, plus homework and Parkrun. Then there’s football on Sunday afternoon for my younger son and his coach (my husband).

There will be school play rehearsals for my younger son soon – on weekdays and at weekends.

Right now, I think we did absolutely the right thing in giving up rugby. I couldn’t stretch myself much further.

I know what you’re thinking – either I should stop moaning or the kids should do less. You may be right on both points, but, individually, the kids aren’t doing that much. It’s just when you add it together, it’s a lot. It’s a lot for me, not for them. Because they don’t have to be involved in what their siblings are doing – they don’t have to be filling in forms and finding money and driving them different places. Only one person has to do that – me.

Over the holidays I managed to break my habit of waking ridiculously early. I was waking at 6 rather than 5. One day, but only one mind, I actually woke at 6.45. SIX FORTY FIVE. QUARTER TO SEVEN. Yes, to lots of people that’s still early, but to me it’s a miracle.

Tiredness doesn’t help with the endless round of lifts and forms to fill in.

I hope things ease up soon, because I won’t be able to keep up this sort of pace until they all leave school. 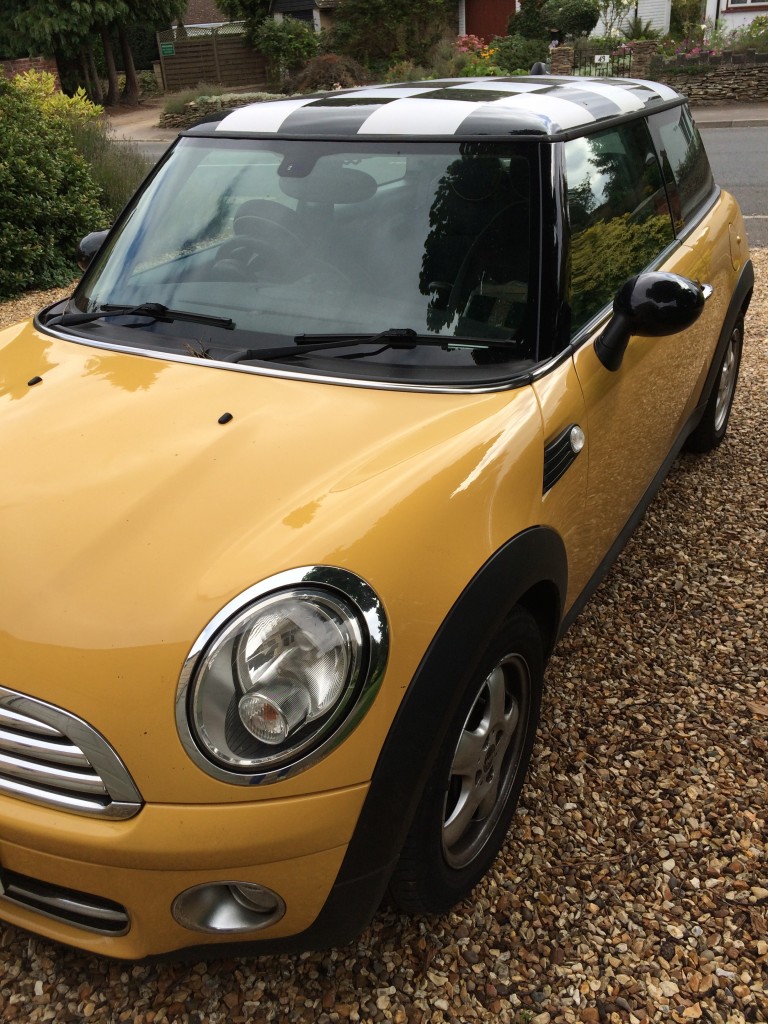