Sometimes, with The Gallery prompts, it feels like Tara from Sticky Fingers knows me and my life too well.

Right now, there could be no more appropriate Gallery theme for me than ‘time’. Because I just don’t have it. To prove a point, I didn’t even check on the theme until three days after it was published – and I’m usually there checking it straight away.

I’ve never had much time. Having three kids tends to do that to you. Not to mention a husband who works long hours (therefore leaving all the childcare and the bulk of the house stuff to yours truly), an increasing freelance workload and a seemingly never-ending round of hospital appointments. There’s the four dance classes a week, the washing that doesn’t put itself away, the kids who never go to bed and the endless calculations about what we can all eat and when. And how am I going to buy the food, anyway? I don’t have time!

But then, a few weeks ago, it all just got busier.

I keep thinking the end might be in sight. But it never comes. I now have my hopes firmly pinned on August. It will all be fine in August! If I say it enough times, I might start to believe it.

It started with my son’s year 6 residential, then there was Britmums Live, the dance show and the French exchange visit. I thought it would be better after that.

But there were parents’ evenings and secondary school transition things. There were yet more hospital appointments. There was a leavers’ play.

And there was work.

Generally, I aim to fit my work into the school day. I like to do about four hours, which gives me enough time to stay on top of the house and be a nice person when my kids get home, rather than some sort of stressed-out monster. But freelance work doesn’t come in four-hour chunks. It comes in six-hour-needs-to-be-done-today-at-all-costs chunks. And so I do it. Because I want the work to come to me next time.

I worked at the weekend. I left the house, I drove over 30 miles up the motorway and I worked. I was out of the house for nearly 12 hours on both Saturday and Sunday.

I don’t leave the house to work and I don’t work weekends. I don’t drive on the motorway. And so I’m exhausted.

I loved working with real people. I loved the buzz of being in an office, but now I just feel drained.

When that’s over and they’re both home safe and sound and the school holidays are well underway, I really hope I will have more time. Because I can’t go on like this much longer. 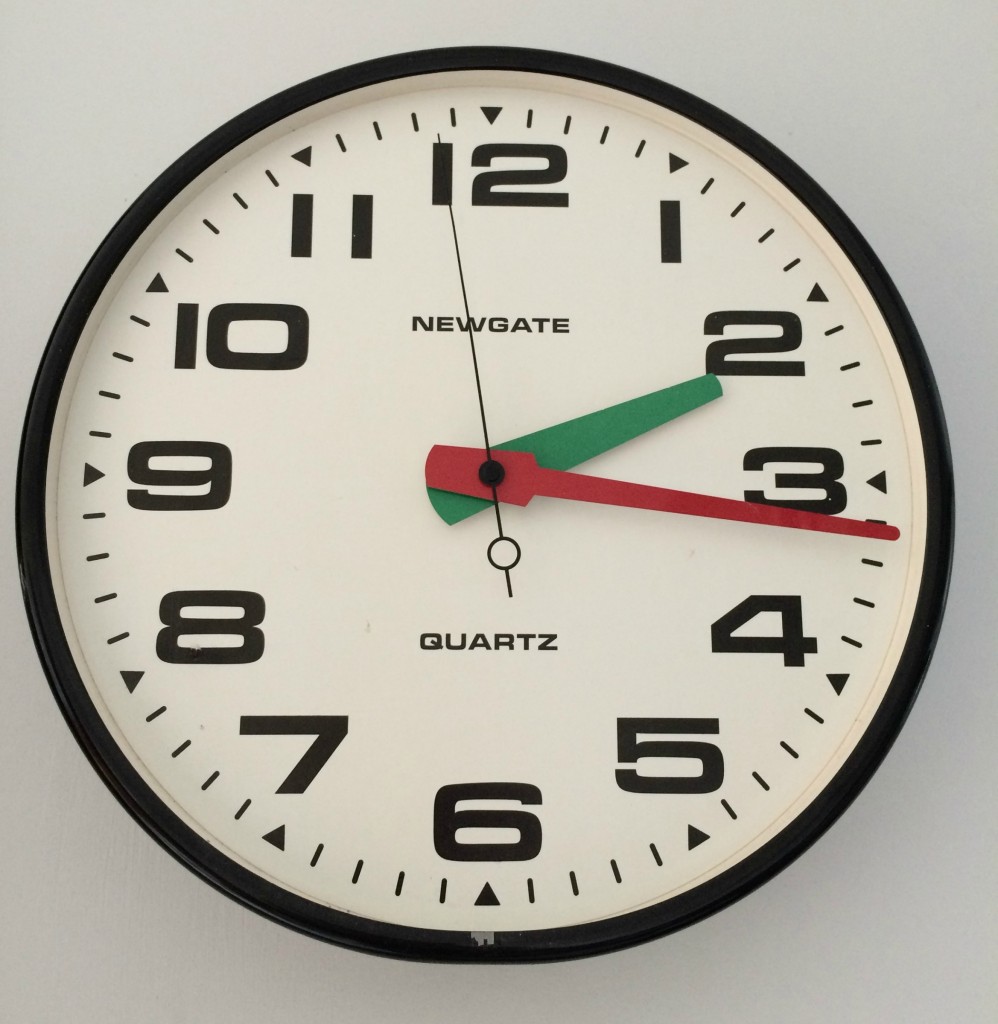 This post was written in response to a prompt on The Gallery at Sticky Fingers. Pop over to see how others have interpreted the theme ‘time’.