The French exchange (Treating the house like a hotel)

Home » Family » The French exchange (Treating the house like a hotel)

After my son enjoyed his trip to France on the French exchange so much, I was looking forward to the return visit. I had high hopes.

They don’t get stuff out of the freezer and put it in the oven, like I do for my kids most days of the week (due to a combination of their fussiness, my incompetence and time pressures caused by dance lessons/ Scouts etc).

I really only have one thing in my repertoire – spaghetti bolognese. At a push, I can do chilli (which is obviously very similar to spaghetti bolognese). Only another five days to fill! There was only one thing for it, my husband would need to be home early to help with the cooking.

It didn’t start too well. He bought the ingredients for curry, but our guest said he wasn’t hungry after his long journey. Either that, or he just didn’t fancy curry. So we had McDonalds. My husband was late back from work the next day, so I pulled out all the stops and made my speciality – spaghetti bolognese. And he didn’t even seem to like it! It was going to be all downhill from there.

He’s a pescetarian ie a vegetarian who eats fish, which means he fits in pretty well in our family. Having failed miserably for two days, fish seemed like a good place to start. Obviously he’d want to try some traditional English food… So, chip shop it was! 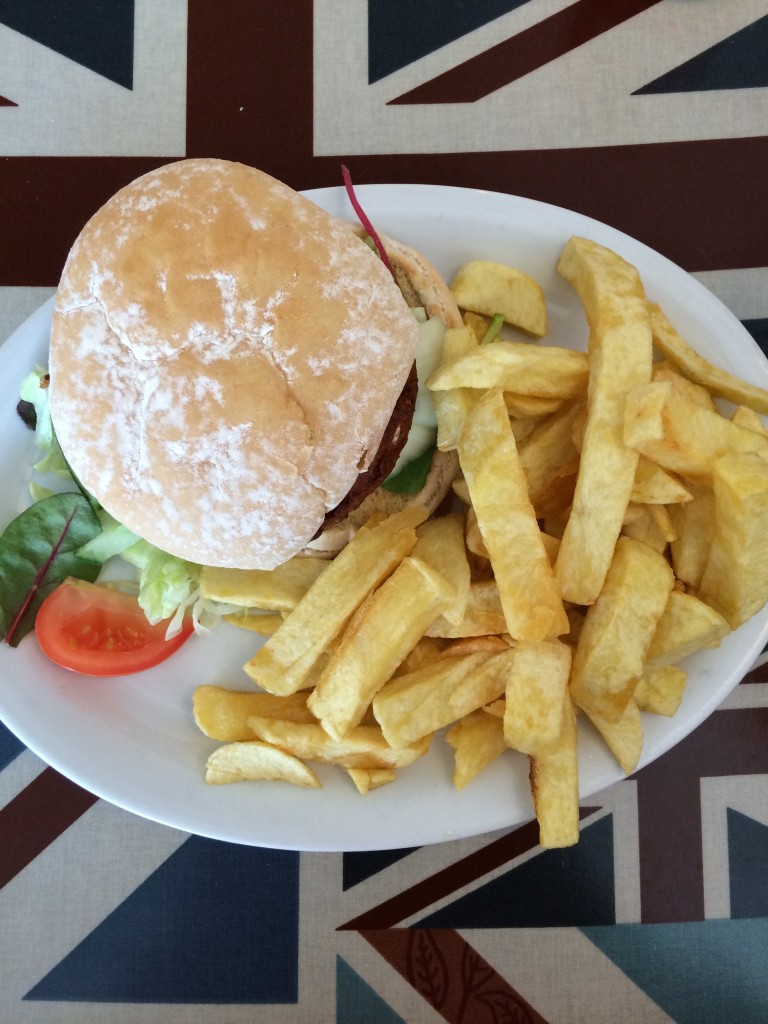 Three days in and only one home-cooked meal. Which he didn’t like.

So much for my plans to be supermum.

Before he’d arrived, we’d told my son they weren’t to treat the house as a hotel for the week. But it soon became clear that’s EXACTLY what they were going to do. Their plans were very much at odds with ours.

A French exchange is about experiencing a new culture, on both sides. While he was in France, staying with a family with 11 kids, my son had experienced unprecedented freedom. I guess when you’ve got 11 kids, you don’t spend much time parenting the third child and his English exchange boy. So they took themselves to school and home again, but mainly they just took themselves to the park with their friends.

Was this French culture?

But the gauntlet had been laid. THIS was how a French exchange was supposed to be. No carefully planned family meals. No time spent relaxing or going out with the family. It was all about hanging round in various parks in the area with a big group of friends.

French people eat much later than British people. If my younger son’s tea isn’t on the table at 5.30, my life isn’t worth living. To be honest, he’d happily eat it at 3.45. This doesn’t fit in with two teenage boys who go out to hang around a park at exactly the time my kids want to eat.

By day four, I’d realised something.

This wasn’t a cultural exchange. This was teenage boys creating a whole new culture for themselves. Not an English culture and not a French culture. A culture of freedom, independence, doing exactly what they wanted to do when and most definitely not eating spaghetti bolognese, chilli or homemade curry.

They were having the time of their lives, treating the house like a hotel and all we could do was roll with it.

And put the frozen pizzas and potato waffles in the oven.