In just three days, my younger son will leave primary school. He has been there for seven years, always with the same kids, his class has never been changed or mixed. Leaving that lovely school is a pretty big deal for him because he is the only kid going to his grammar school. Moving on from primary school is a real milestone and I’m pleased to say the school really celebrates it and helps to make those last few weeks really memorable.

So the other day, the countdown began, with the annual leavers’ play. The year 6s have spent the last few weeks rehearsing for their performance of School Daze. I’m pleased to say that School Daze ISN’T a total bulb-fest. My eldest’s leavers’ play was all about leaving primary school and contained a song with the words ‘Goodbye my friend, it’s not the end… ‘. When you’re feeling emotional about your kid leaving school, I defy anyone not to cry at that. School Daze is more about celebrating primary school and year 6.

In the year 2075, two kids go to visit their grandparents. They chat about school and the grandparents start to remember what school was like when they were there – 60 years ago. Every scene starts with the children and grandparents chatting, then it flashes back to a childhood memory – of SATs (‘they abolished those years ago’), of mucking around in class, getting a year 6 attitude, getting nits and lots more easily recognisable year 6 stuff.

Each little scene had a separate cast, which was perfect for so many kids – and all the kids played their parts brilliantly. There wasn’t one child who didn’t seem able to act or didn’t give their all for their part. Then each scene ended with a song, with the whole cast joining in.

The first scene after the two kids had settled down at their grandparents’ house starred my son as a teacher. It was a very funny scene and my son played it just right. In it, he told the kids off for a series of misdemeanours – forgetting homework, losing pencils, using their phones in class, making a mess, eating sweets… before proceeding to do exactly the same himself.

I was particularly impressed that while everyone sang the song, he continued to act – writing on the board and talking to his class. Not once did he come out of character.

As they sang the final song, One Day at a Time, I saw my son’s eyes go up, as though he was thinking about what the words meant and feeling sad. The song is all about wanting to grow up fast and do all the cool things older kids do, but then remembering that you’ve still got all the time in the world and you should take each day as it comes and not be in a rush to move onto the next thing. And when I listened, and saw my son’s eyes go up, I’ll admit, I did feel rather sad.

He has been with a lovely bunch of kids for the last seven years and has made some really good friends. He’s had some fantastic teachers and I think the school is amazing.

When the headteacher came on at the end and said what a brilliant year 6 they’d been, I felt very proud. Especially knowing that, in a group of brilliant kids, my son was good enough to be chosen to be head boy.

The next few days are going to be emotional. My tissues are now ready for the big one – the leavers’ assembly on the final day! 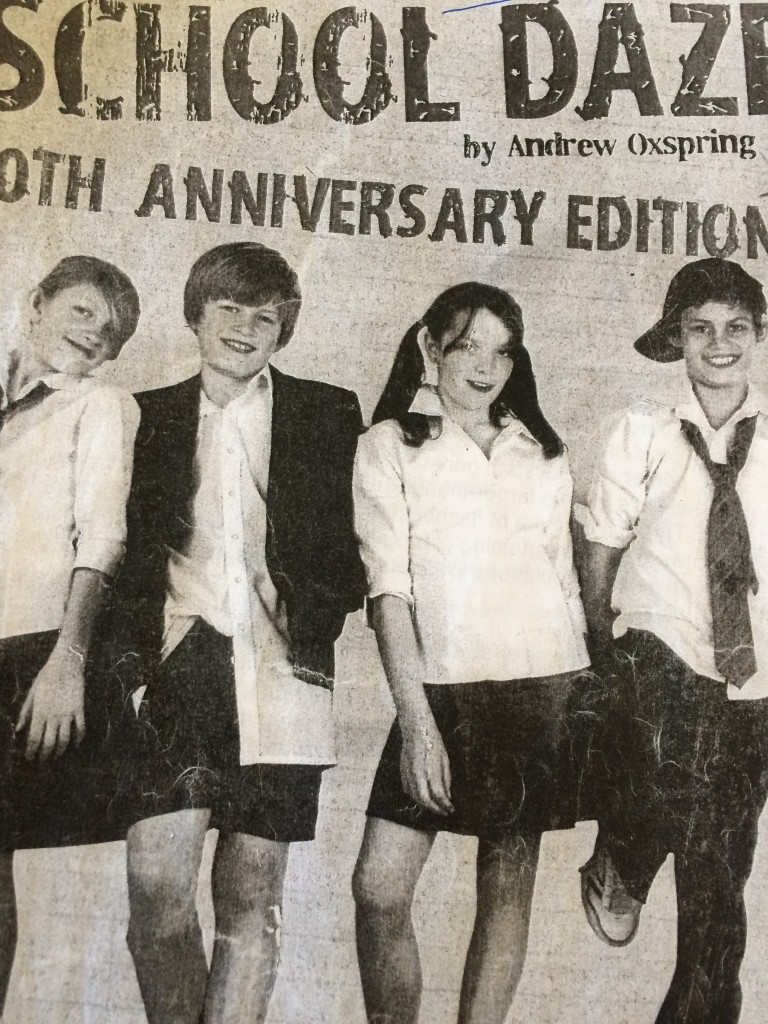