Yes, it’s my blog’s first birthday today. If she was a child, she’d be one of those slow to develop kids. I’ve learned a lot in my year of blogging, but I’ve probably learned in a year what really switched-on people learn in a month.

I started my blog on 1st August 2011. When I sat down at the computer to read my friend’s blog, I had no idea I was going to start my own, but I just clicked a few things, and there it was! What to call it?

MumofThree World came to me after a couple of minutes of pondering. I hope you like it. I’m quite happy with it. It doesn’t restrict me to just parenting – it’s about our whole world – school, work, play and everything in between. It’s about everything that affects a family with three growing kids.

But that’s not why I started it. I started it as an outlet for the questions my kids continually ask me. They generally make no sense, but they make me laugh. I’d been jotting them down for about a year. I wanted to preserve them for posterity. A blog seemed a good way to do it. Sharing them with other people was secondary to preserving them. But I shared them anyway – with my own friends on Facebook. 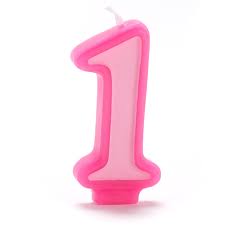 And then I started sharing other stuff too – little anecdotes about our lives – things to make you laugh or cry or just shake your head in recognition.

It was about six weeks before I realised I could even look at stats. By then I was getting 18 or 20 views a day – or 500-600 a month. And there it stayed. For months. Until the new year, when it actually started to fall. Suddenly 18 views a day was good. I was getting 11 views. I was posting good stuff and no-one was reading. By now it mattered to me if people read it. I didn’t know if I should carry on, but blogging had become a compulsion, something I had to do.

I analysed the stats. They were often lower at weekends. I experimented with not blogging at weekends. I discovered you need to post earlier in the day at weekends if you want people to read. I found that on weekdays 5.30-6pm was the optimum time for me to post – when people get in from work or have just finished doing the kids’ tea. They want a few minutes off, so they might as well read a blog.

But then I discovered Economummy, a local lady who works for small family-friendly businesses, helping them to network. She’d got an article on her newsletter about local bloggers, so I got in touch and she added me. She’s been great with Re-tweets since then. One of my favourite tweets ever was from her husband saying ‘there are some great blogs… my favourite is MumofThree’. Thank you, Mr Economummy (should that be EconoDaddy?!).

Then there was Britmums. I should say here I’m no good at networking in real life, either socially or at work, so networking in the virtual world was a new thing for me. Britmums is great – a lovely big network of supportive bloggers. I signed up with Britmums, joined in with a few things, particularly the SnapHappyBritmums daily photos on Twitter and suddenly I had followers! I had followers on Twitter and followers on my blog! They were like-minded people. I read their blogs, and they read mine. They left lovely comments. I’d never really had comments on my blog before and I really appreciated them. I still do.

I tweeted a lot and I got new followers every day and those stats started to creep up. As soon as I linked up with Britmums, I was at 40 on a ‘posting’ day, 20 on a ‘non-posting’ day. Before I knew it, I was at 60 on a posting day. My monthly stats were increasing by a hundred every three or four days. They’re at 2,600 a month now. I average 70 page views a day. If I hit 50 page views before publishing a post for that day, I know I’m headed for 100. I hit 100 views or more a couple of times a week.

I’ve started to network a bit – I join in with blog hops and linkys and stuff. I put my little blog on lots of them on a Friday. Maybe I get 10 extra readers because of that link, maybe five of them will remember me and look me up regularly. Maybe two of them will sign up as followers of my blog.

I learned what people like to read about – they like stress and they like personal stories. My first post to hit 100 views was the story of how I met my husband, closely followed by the sad demise of Colin the caterpillar and the day I got really stressed out and crashed my car at Tesco.

I noticed fellow bloggers talking about this ‘Tots 100’ thing. What is that, I wondered? Well, I asked fellow blogger who has been a great support to me. I signed up and waited for my first ranking last month. I’m number 907! That may not sound much, but they have 3,600 parent bloggers signed up, so that makes me in the top 25% of UK parent bloggers! Not bad for a woman who was just blogging to a small group of people on Facebook for six months.

A couple of months ago I started posting book reviews on my blog. Because I wanted to. Because I like books. They don’t get many page views, but I don’t mind. I want to write about the things that interest me. I’ve stuck with my kids’ comedy questions – they don’t get as many views as the other stuff either, but they make me laugh and they make other people laugh too.

I’ve learned how to get more people to look at my blog, but I’ve also learned to write about what I enjoy and not be ruled by the stats. I’ve also learned there’s far more I could do to get my blog out there, but with three kids, a job and a husband who works too hard, I know I haven’t got time for that.

So where will I be this time next year? I’d like to think my blog will have grown further, but I’m not sure how much further. I love blogging, but I also have to leave some time for living my life and for sleeping!

Thank you all for reading. I hope you will come back for more in MumofThree World’s second year.