Having watched the TV programme, I didn’t feel any burning desire to read the book, because I already knew what happened. But then I saw Holding in Waterstones as one of its Read for Ukraine titles, so I had to buy it. (This is a changing list of books, with 100% of the sales going to Oxfam’s Ukraine Humanitarian Appeal.)

Sergeant PJ Collins is the only police offer (Garda) in the small Irish village of Duneen. When human remains are found on a building site, he finally has some ‘proper’ police work to do. Does he even know how to conduct an investigation? And can he work with the detective sent from Cork to lead the case?

Everyone in the village seems to think the body is that of Tommy Burke, who disappeared just before his wedding. But somebody said that somebody else said they’d seen him leaving the village on a bus… If Tommy Burke had left on a bus, where did he go and why did he never make contact with anyone in Duneen again?

PJ is convinced the two women who knew him best might have some answers. His former fiancee is a drinker with an unhappy marriage, while the young women who’d had a crush on him lives a lonely existence with her sisters.

Holding is a lovely, gentle detective story, with PJ bumbling around trying to get answers. I would have liked to have read it without having seen the TV programme first, but I still really enjoyed it.

Did I have a clear picture of the characters and scenes from the TV show in my head when I read it? Yes. Did the TV show differ slightly from the book? Yes.

If you like detective stories without too much gore, I would definitely recommend Holding. 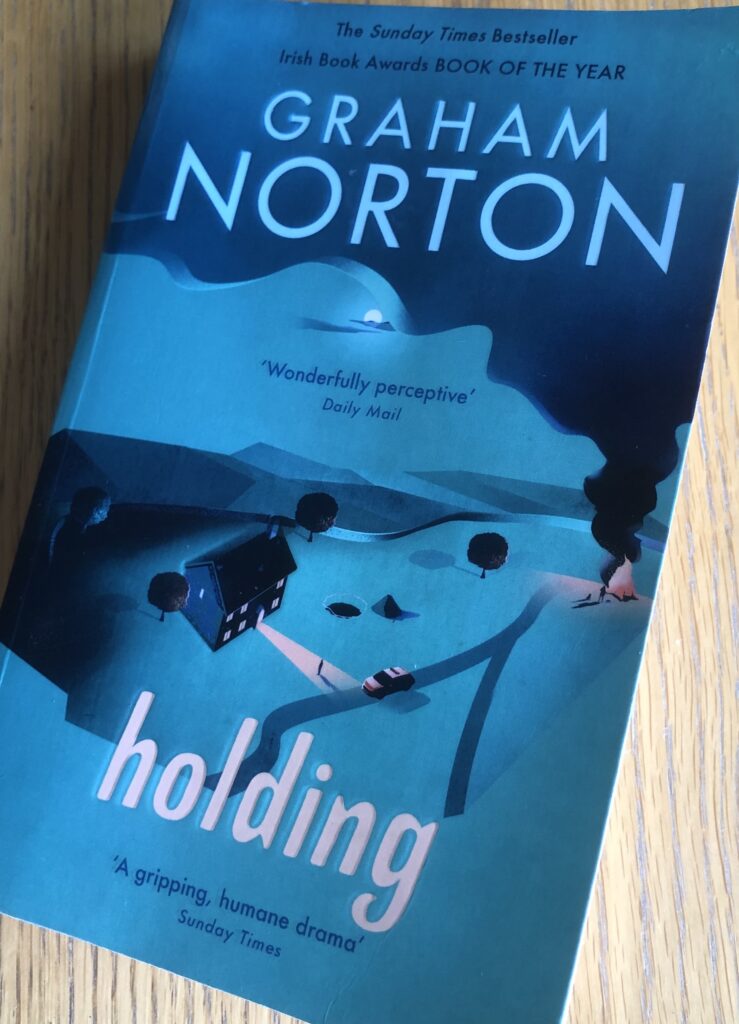