I really enjoyed Laura Shepherd-Robinson’s second novel, Daughters of Night, earlier this year, so I was keen to go back and read her first novel – Blood & Sugar. Even better, it was one of Waterstones’ Read for Ukraine titles – a selection of books with 100% of the price going to help support Oxfam’s Ukraine Humanitarian Appeal. Other books in the selection include All the Lonely People and The Lido (this list his recently been updated, so the range changes).

In London in 1781, Harry, a war hero embarking on a political career, is visited by his old friend’s sister. Amelia Bradstreet is concerned that she hasn’t seen her brother, Thaddeus (Tad) for a few days. Tad had been looking into a secret about the British slaving industry and feared his life was in danger. He’d told Amelia to go to Harry if she had any concerns.

He’d been last heard of in Deptford, one of the centres of the slaving industry, so Harry sets out to investigate. He tries to retrace Tad’s steps  and talk to his friends and enemies alike. But everyone has secrets and nobody is being completely honest with him. What was the big secret Tad was going to expose? And is Harry in as much danger as Tad was?

The clues keep coming, but with every new clue and new witness there seems to be a new mystery or question.

Blood & Sugar is a moving and atmospheric mystery, based on a lot of historical fact about the British slave industry. It is shocking to read about the way people were traded and not even viewed as human. The horrific act which the story revolves around was very similar to an incident which really happened at the time. 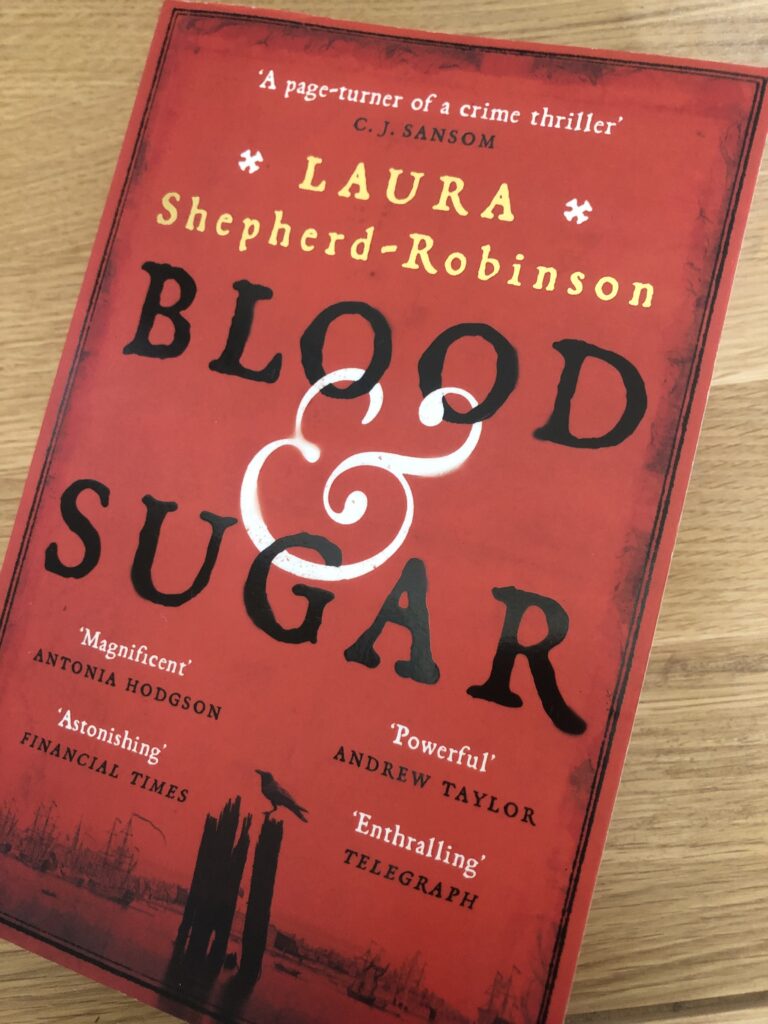