Crime dramas to enjoy during lockdown

So here we are into week 5 of lockdown 3 and there’s not a lot to do. But one thing we’ve found which has really helped us through is watching TV crime dramas.

We’re not actually big TV viewers, but having a series to focus on has helped fill the time and given us something to look forward to every day. I know it seems strange when you’re watching a programme about serial killers, but I actually find watching a crime drama very relaxing. You can almost forget you’re in lockdown for an hour.

We like to watch the same series in one go, but don’t binge watch in the sense of watching multiple episodes a night – one episode a night works well, so that we average one series a week.

We’re late to every party, and crime dramas are no exception. My husband and I got into them when the second series of ITV’s Unforgotten came out in 2017. We loved it, so we went back and watched the first series. Having got a taste for crime drama, we moved onto Line of Duty and Broadchurch. These were both series I’d heard a lot about, but never had the time to watch. We actually had to buy the first two series of Broadchurch and the first three series of Line of Duty on DVD!

When series 3 (I don’t say ‘season’, I’m British and like to watch British programmes) of Unforgotten came out in 2018, we introduced the boys to it. And they fell in love with both Unforgotten and with crime dramas in general. It’s hard to find things you can enjoy as a family when you’ve got teenagers, but crime dramas are something we can enjoy with both of the boys.

Just as a crime drama has to have a twist, so does this post.

WE DON’T HAVE NETFLIX.

So what are the crime dramas you should be enjoying in lockdown?

The Serpent (BBC iPlayer) – isn’t just the best crime drama I’ve seen in a long time, it is the best TV programme I’ve seen in a long time. It tells the true story of serial killer Charles Sobhraj, and a young Dutch diplomat, Herman Knippenberg, determined to find out what happened to a missing Dutch couple. Set mainly in Bangkok in the 1970s, The Serpent is visually stunning, but absolutely terrifying. I could literally feel my heart racing at the end of episode 3.

Traces (BBC iPlayer) – was released on BBC without fanfare. It was shown last year on a smaller channel, then snapped up by the BBC because of the difficulties of creating new shoes during Covid restrictions. A young woman returns to Dundee to start work in a forensic science lab. But the past has come back to haunt her and she doesn’t know who she can trust. This is a complex and enjoyable drama, starring Martin Compston aka Steve from Line of Duty.

The Pembrokeshire Murders (ITV Hub) – set in the 2000s, this is a three-part true crime drama. The Pembrokeshire Murders tells the story of Detective Superintendent Steve Wilkins, who reopens two double murder cases from the 1980s. It is compelling viewing and also boasts some stunning Pembrokeshire scenery. It is followed by a documentary on the case. The drama is actually the thirteenth in a series of ITV mini-series featuring notorious British murder cases, which started right back in 2000. I’ve seen a few of them, but I definitely haven’t seen enough!

Des (ITV Hub) – is another of those ITV true-crime three part dramas. Released last autumn, it is the story of notorious serial killer, Dennis Nilsen. For me, it is a better watch than The Pembrokeshire Murders, with a really chilling performance by David Tennant. Again, it is followed by a documentary about the case.

The Bay series 2 (ITV Hub) – set in Morecambe, DC Lisa Armstrong is assigned as family liaison officer after a man is executed on his doorstep in front of his young son. How many secrets is this supposedly close family hiding? This is well worth a watch, but probably my least favourite here, partly due to a disappointing ending. Series 1 is also currently available on ITV Hub. While you can watch series 2 as a standalone series, series 1 does give a bit more context to Lisa.

Marcella series 2 and 3 (ITV Hub) – series 3 has just been released, but this is one of those where we are late to the party. Series 1 isn’t on ITV Hub (I believe it is on Netflix), so we’ve started on series 2. For some reason, given its nice name (the name of the detective, played by Anna Friel), I was expecting a rather gentle ITV drama. That’s not what it is. It is very disturbing and series 2 involves children, but if you can deal with that,  it is well worth a watch.

And if you want to revisit old favourites, Line of Duty – the brilliant drama about police corruption currently has all five series on iPlayer, while series 3 of Unforgotten – our first crime drama love, all about cold cases, is currently on ITV Hub. 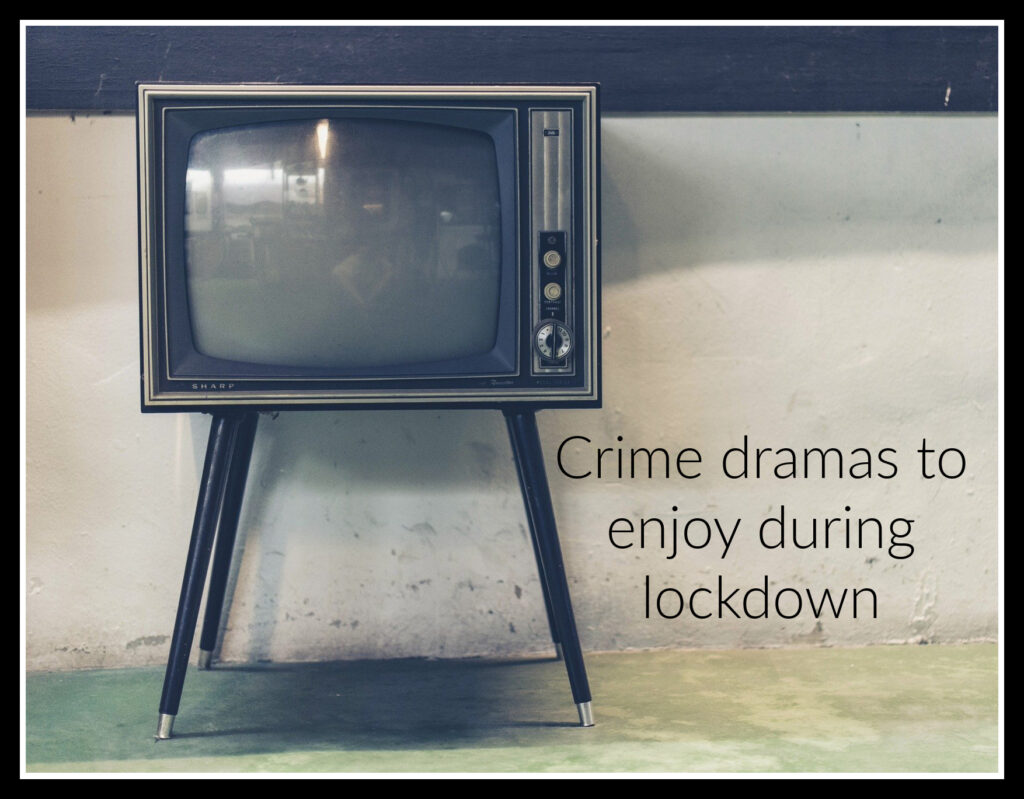