My son has been aiming for a seven metre long jump for a couple of years now. It is a really big milestone and he has been moving towards it very gradually. It’s possible that without all the Covid restrictions in 2020 and 2021 he might have got there previously, but we can never be sure.

When you get to his stage, you can’t be getting PBs every competition, every week or every month. The gains are very gradual. At some point, he’ll get to the stage where he goes a whole season without a PB, but hopefully not for a long time yet.

His final competition before the English Schools national championship – the absolute pinnacle of the season for my son – was a league competition – his club against other local clubs. These are the bread and butter of the season and my son wins them by at least a metre every time, even when he has a bad day.

He’s had a few bad days lately. He’s been failing to hit the board. If you jump after the board, it’s a no jump and it doesn’t count. If you jump before the board, it’s legal, but you’re losing yourself about 20cm – possibly even more. That’s OK at a local competition, but it can’t happen at a national championship if he wants to make it anywhere near the podium.

On the day of the local competition, he was in a really good state of mind. He was feeling positive, the adrenaline was pumping and he was raring to go. The conditions were perfect too – with a light wind in the right direction. (If the wind is too strong, the jump isn’t legal. If it’s against you, it’s harder to jump a long way.)

He started the competition with a solid 6.79. That was a very good start. He usually starts closer to the 6.40 mark. We know he tends to do his best jumps on his fourth or fifth jump.

Most competitions start off very slowly. If there are a lot of competitors, it can be 15 minutes between jumps, which isn’t good for staying warm. After everyone has done three jumps, only the top three keep going and do a total of six jumps. That’s when things speed up.

It’s no coincidence that my son usually does his best jump on his fourth or fifth jump.

Usually, he’s too tired by the final jump.

By this point, everyone else had dropped out (nobody is required to do six jumps if they don’t want to). So he finished one jump and had to jump again immediately afterwards. The officials aren’t obliged to let athletes rest between jumps, but he was still out of breath. He requested two minutes and they let him have it.

Then he ran fast, hit the board perfectly, jumped high and flew through the air. A really long way. 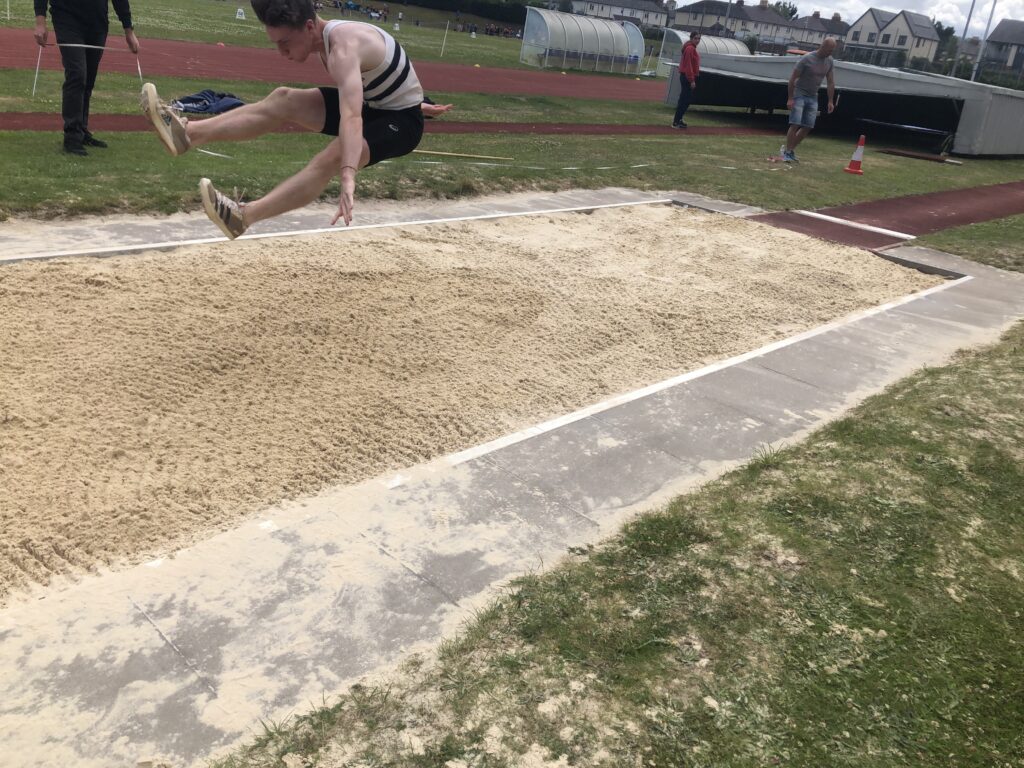 He knew he’d done it before the measuring was finished.

I’ve never seen him so excited and happy. (It’s just a shame my husband stopped videoing before his celebration, but I will remember it for a long time.)

Was it over 7 metres?

Mentally, it puts him in a really good position for the English Schools in just over a week. 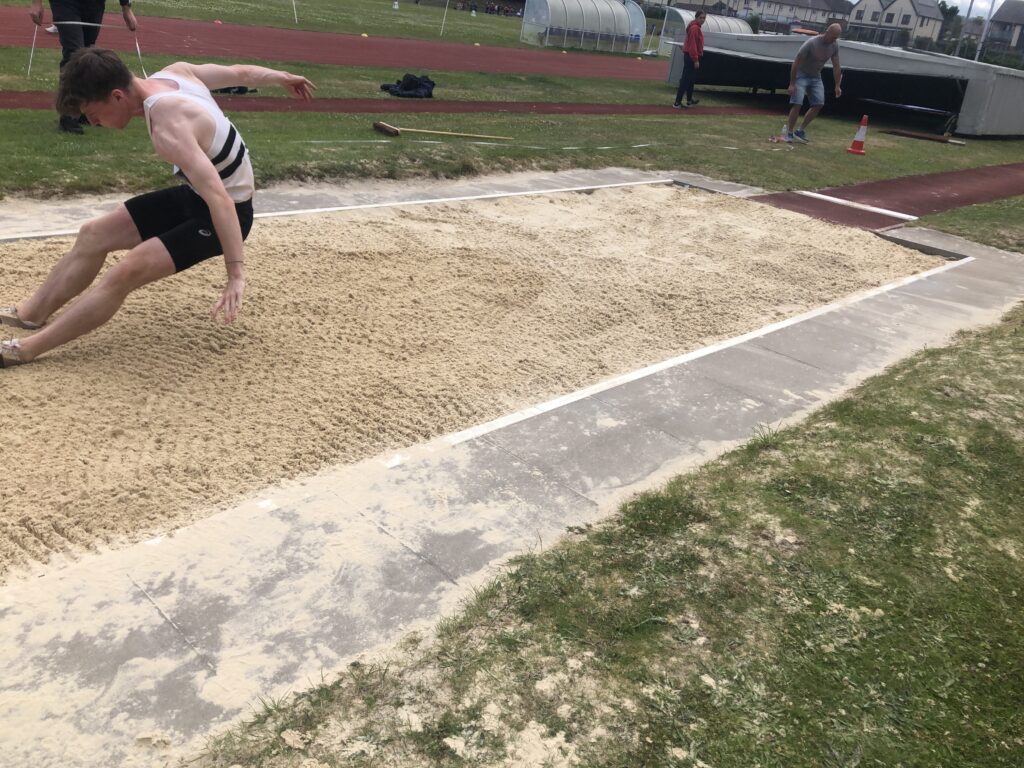 The board is the white bit. He jumped a really long way!