I loved yellow cars from when they started to become a thing when I was in my 20s. At the age of 30, I got my absolute dream car – a yellow Beetle. I drove it for 10 years, before it became too expensive to run. It wasn’t completely knackered, but it wasn’t far from it – it was doing only 150 miles on a tank of petrol, which at that time cost £60.

A few months later, I got the Mini.

I must admit, at first I was underwhelmed, because I loved my Beetle so much.

But I grew to love the Mini. It was quirky and distinctive, with a black and white checkered roof, and it was a lot easier to drive than the Beetle!

I must say at this point that I don’t enjoy driving and I’m not a good or confident driver (in fact, I’m quite the opposite). I don’t love cars generally, but I get very attached to yellow cars.

My boys both learned to drive in the yellow Mini. My eldest passed his test within three months of his 17th birthday and my younger son passed his as soon as lessons and tests were allowed again following Covid.

The yellow Mini had some dramas over the years. There was the accident, which eventually led to it setting on fire after a respray at the garage. And the garage claiming it wasn’t their fault… A few months later, it broke down again, because of the fire damage to the engine. It was a mechanical write-off, but we weren’t giving up on it. My husband knows how much I cared for that car, so he did everything he could to ensure it would be up and running again. 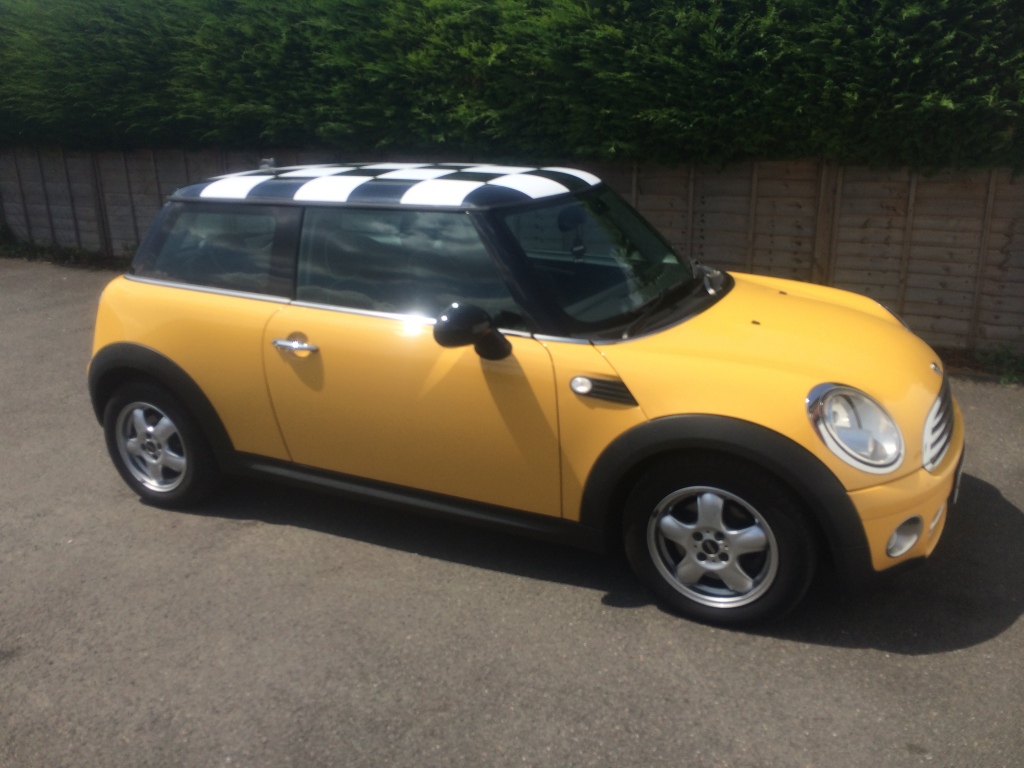 Fast forward to 2021 and the passenger side door stopped opening from the outside. Luckily, this was just after its MOT, as I suspected it would be a problem. My car was getting noisier and noisier, which suggested the engine was coming to the end of its useful life, but the bodywork was in excellent order, and it was still my beloved car.

My husband had a plan for it. We would buy a reconditioned engine and spend about £1,000 on bringing it back to life. It was worth it because it would be far cheaper than a new car and could extend its life by two or three years.

But then it went for a service. I made a casual enquiry about fixing the passenger side door.

Apparently it wasn’t an easy job. It required a BMW part, which was £200 before any labour. The mechanic gave me a list of £900’s worth of reasonably urgent works it needed – and that was before the £1,000 replacement engine we’d planned.

The passenger door was an MOT failure waiting to happen. Even I knew I couldn’t justify nearly £2,000 on trying to extend the life of a 2007 car with 160,000 miles on the clock. But hopefully it would run until the MOT in November and we could just get a replacement then. A yellow one, of course.

So I had to take the difficult decision NOT TO GET A YELLOW CAR.

I opted instead for volcanic orange, which is on the yellow side of orange and as close as I was going to get to yellow.

In the meantime, we continued to drive the yellow Mini. My son even drove it up to Birmingham on his own a few times, but my eldest was wary of doing any long journeys in it.

As I drove my son to his exam the other day, he said he didn’t know why his brother worried about going in the car, as it was fine. When I went to pick him up a couple of hours later, I couldn’t get it into gear. This is the sort of thing that happens to me sometimes, as I’m not a good driver. When it happened a second time, I thought I was being a particularly careless driver that day. When it happened a third time, I realised it wasn’t me! We pulled into a service road and my son drove instead. Being that bit stronger, he could get it into gear, but there was definitely a problem.

We made it home, but the car never started again.

I need to look into getting a checkered roof for it. And then I have to hope that yellow cars come back into fashion again, because in 10 or 15 years’ time, I’ll be needing another new car! 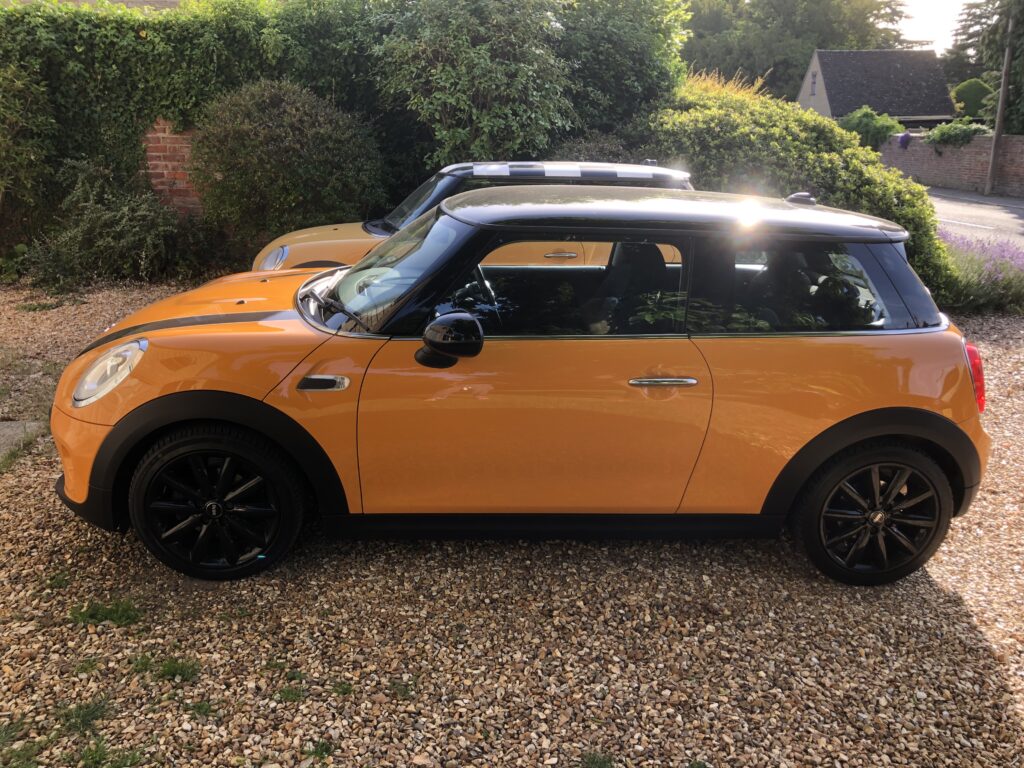