Summer is here, which means the start of the outdoor athletic season and a return to long jump competition for my son. The outdoor season run from April to September, with the key months being May to July.

Just as he did with the indoor season, my son had a slightly shaky start to the season. Eventually, I will learn to remember that shaky starts are the norm. Every time he has a not-so-good competition, we wonder if he’s peaked or plateaued. Has he trained too much? Hasn’t he trained enough? Has he got too heavy? Has he had enough sleep? Has he eaten the wrong food?

Because there’s a lot to take into account when preparing for the athletics season. And luckily my son understands this way better than his parents do.

(It’s important to say that ‘bad’ for my son equals ‘off the scale good’ for most people. When my son jumps, he gets a round of applause from people, even though he’s disappointed because he’s jumped 50cm short of his best.)

My son’s long jump PB is 6.93. His indoor PB is 6.87, which put him fifth in the national indoor championships for his age group.

He started the outdoor season with 6.59 – definitely shorter than he would have liked. But it was 18cm more than his season opener in 2021.

Then he had a really bad day at the district schools’ competition. He’d discovered the record for that competition was around the 6.50 mark – very doable for him. And he set out to break it. But he kept failing to hit the board. He didn’t even jump 6 metres. This was the first time he’d failed to hit 6 metres since the start of the 2020 indoor season (when he’d just recovered from fracturing his pelvis). But he kept trying.

The competition was run by teachers, rather than the usual athletics coaches who all know him or know of him. The teachers asked what his aim for the competition was. When he told them ‘the record’, they looked at him with a ‘you’re having a laugh’ look.

He started the county championships a couple of days later with another jump under 6 metres, followed by a no-jump. This is when we start to get very nervous. He ended up winning it with 6.45.

My son had two school sports days in the same week as the county championship and district schools’ schools competition. This meant his body was tired and he also hadn’t had time to go to the gym or train at the track.

The good thing about my son is that he never gets disheartened. For him, there is no ‘luck’, there is only work and rest.

He put in a proper week of training and rest before his next competition. He did a good warm-up and some proper practise jumps. The practise jumps are essential to get the run-up right and make sure he’s hitting the board in the right place. If an athlete jumps before the board, he’s losing distance (because the jump is measured from the board), but if he goes over the board, it’s a no-jump.

I could see that my son was in a really positive mindset and ready to do his best.

Importantly, he hit the 6.92 much earlier in the season than last year, meaning he has several more weeks to build up to his best. 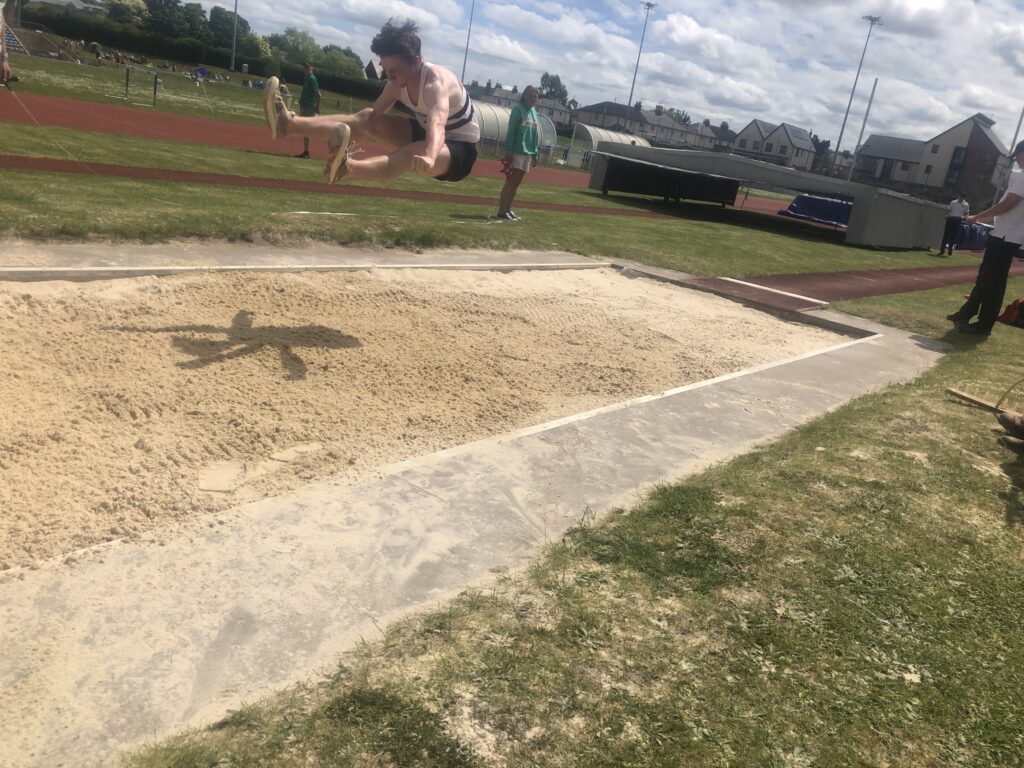 Speaking to his coach, he said he admires my son’s discipline in making sure everything is right for him to be in shape. That’s not easy for a teenager to do. My son does like to drink alcohol, but rarely does because of his dedication to his athletics. He wouldn’t drink at his prom, because he had a competition two days later. He’s also started going to bed at 1opm every night to ensure he has sufficient rest and recovery between sessions.

And it all makes sense to me now. We shouldn’t worry when he ‘only’ jumps 6.50, because he is improving week on week and making sure he is in peak condition for when it really matters.

This isn’t something peculiar to my son, this is what all athletes need to do. It is impossible to stay at your peak all year round, especially when you’re not a professional and you’re only 18 and still at school.