A couple of months ago, I started getting some sensitivity in my teeth. It was the classic waves of pain when I ate or drank anything cold. Probably just my age.

I look after my teeth well and always have done. I brush them for the full two minutes with an electric toothbrush twice a day and floss every day.

When I went to the dentist for a check-up a month ago, I mentioned the sensitivity. She advised I use a toothpaste for sensitive teeth and replace my flossing with little pink stick-like brushes which I ram between my teeth every day. The sensitivity went away.

The night before my son’s big athletics competition in Sheffield, I woke up with unbearable toothache. I had to take paracetamol in the middle of the night. I was so convinced I would have toothache later in the day that I bought some more paracetamol at the service station on the way up to Sheffield.

But the toothache didn’t come back.

Until a week later.

It was a constant ache, which then came in waves when I ate or drank anything. It was bad enough for me to actually cry out a couple of times. I started drinking room temperature water, rather than cold. When I washed my face or applied moisturiser, I could actually feel pain where my fingers touched my jaw.

It was like that for two days, then it disappeared again. But I knew it would be back, so I made an urgent appointment with the dentist.

I wasn’t sure entirely where the pain was coming from, but it was definitely the left of my mouth – probably my top wisdom tooth.

I’d had both the wisdom teeth on my right removed in 2013. I’d had them done at the hospital under sedation. If this one needed to come out, I envisaged a long wait.

But I saw my mum just before I set off for the dentist and she informed me she’d had one taken out there and then at the dentist. No sedation. No hospital.

I was running late and managed to get a free, on-street parking space directly opposite the dentist. It was my best ever reverse park. (Parking is one of the many things I’m very bad at.) I wished my husband and sons had seen it.

The dentist looked at my teeth, particularly the wisdom tooth. She prodded and poked it, but couldn’t find any sign of decay.

Well where was the pain coming from?

Then I had an x-ray. The wisdom tooth was badly decayed below the gum.

Now? But I had sedation last time!

Why did I have sedation last time? I wasn’t entirely sure.

I’m not frightened of dentists, but one way my claustrophobia manifests itself is I get panicky if I can’t move my mouth with all the dental instruments in it. Maybe that was why I’d had the sedation last time?

I explained to her my fear and she assured me it would be very quick and easy.

I didn’t even have to open my mouth wide!

There were a couple of injections, followed by a short wait while the local anaesthetic took effect, then a lot of tugging. I could hear the sound of the tugging and feel the pressure. It sounded like a bit of a struggle, but it really didn’t take long.

My wisdom tooth was out!

In many ways, it couldn’t have been better. If I’d known I was going to have my wisdom tooth out, I would have spent days worrying.

I was told to rest for the remainder of the day to try to prevent the bleeding from starting again. The timing wasn’t great as my husband was away with work, but we do have two other adults in the house and one of them is very reliable. Hetty was due to start puppy classes that same day, so my younger son stepped in and took my place.

Last time I had my wisdom teeth out, I ate nothing but pasta with sauce, chocolate muffins and yoghurts for about 10 days, supplemented with orange juice and Innocent smoothies. Nutritionally, it’s not great at all, but it’s all food I can pretty much swallow without eating and the chocolate muffins boosted my lost calories.

With no sedation and only one tooth out, I hoped the recovery would be quicker this time. My mouth was still bleeding a bit when I went to bed, but it had stopped when I got up and I only had a mild ache.

I rinsed my mouth with a saline solution twice a day for a week to help the healing.

And I’m pleased to say the recovery was much quicker this time. I had the tooth out on a Tuesday and was adding vegan meatballs to my pasta and sauce on Wednesday. On Thursday, I ate my normal breakfast and went running. On Friday, I was able to eat crisps, chocolate and an apple (cut into pieces). By Monday I was eating my apples whole again.

Now I wonder how long it will be before I need the final wisdom tooth out? 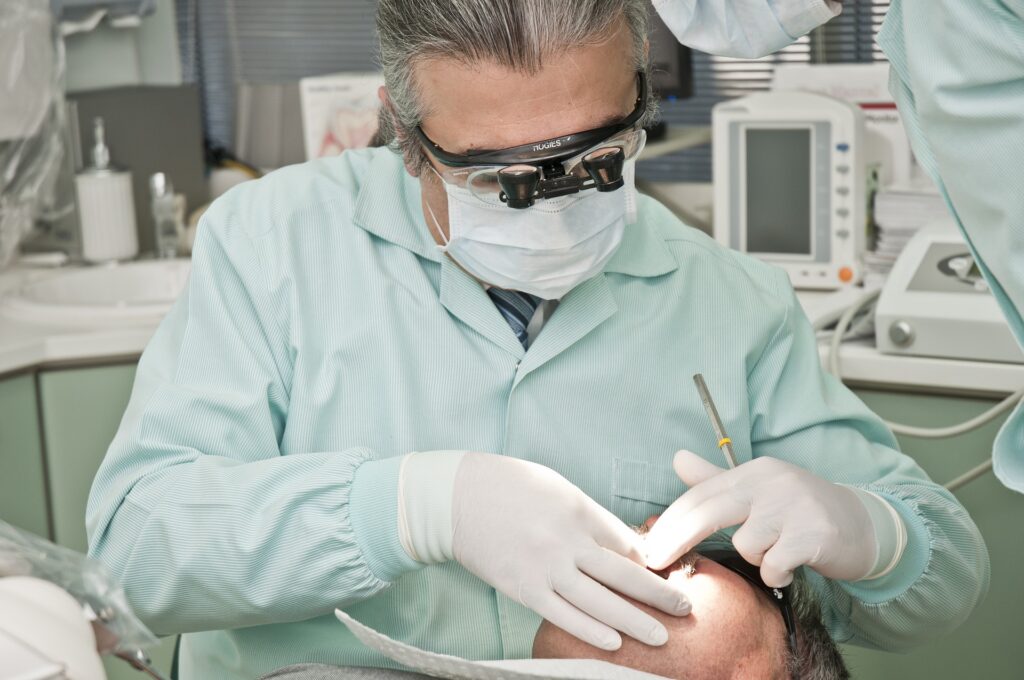