Again, Rachel is the new novel by Marian Keyes. It is the sequel to Rachel’s Holiday, originally published in 1998. Although she has written a novel about each of the Walsh sister, which will all contain some detail about Rachel, this is the first time Marian Keyes has written an actual sequel.

I heard Marian Keyes talking about Again, Rachel at Cheltenham Literature Festival last year, so I was very excited to read it. I started reading Marian Keyes when my eldest (now aged 20) was born and she is one of my favourite authors. I can’t remember if Rachel’s Holiday or Watermelon was my first read. But I knew I needed to read Again, Rachel before it came out in paperback. I was lucky enough to pick up a copy for £11 in Sainsbury’s – only slightly more than I like to pay for a book.

It was worth every penny.

Rachel is now in her 40s. Having split with her husband, Luke, a few years previously, she is now in a relationship with a new man, Quin. Her only addiction is buying trainers, she loves her little dog and enjoys gardening. She is working as an addiction counsellor at the centre which treated her many years before.

Rachel is happy, until Luke unexpectedly comes back into her life. Suddenly everything is thrown into disarray again and slowly Rachel comes to the realisation that her life isn’t quite as settled as she thought it was.

Rachel’s family is as bonkers as ever, as the sisters plan an 80th birthday party for Mammy Walsh. The stories of the addicts at the centre are both heartbreaking and hilarious.

Marian Keyes has such a talent for writing about family. Her characters are lovable and quirky and there is a real warmth in their relationships. Again, Rachel is also just as funny as you would expect from Marian Keyes.

If you love Marian Keyes, you will love Again, Rachel. And if you’ve never read a Marian Keyes, this would be a great place to start. (You could of course read Rachel’s Holiday first – there is even a new edition out.)

You can read more Marian Keyes reviews here – Grown Ups, The Break and The Woman Who Stole My Life. 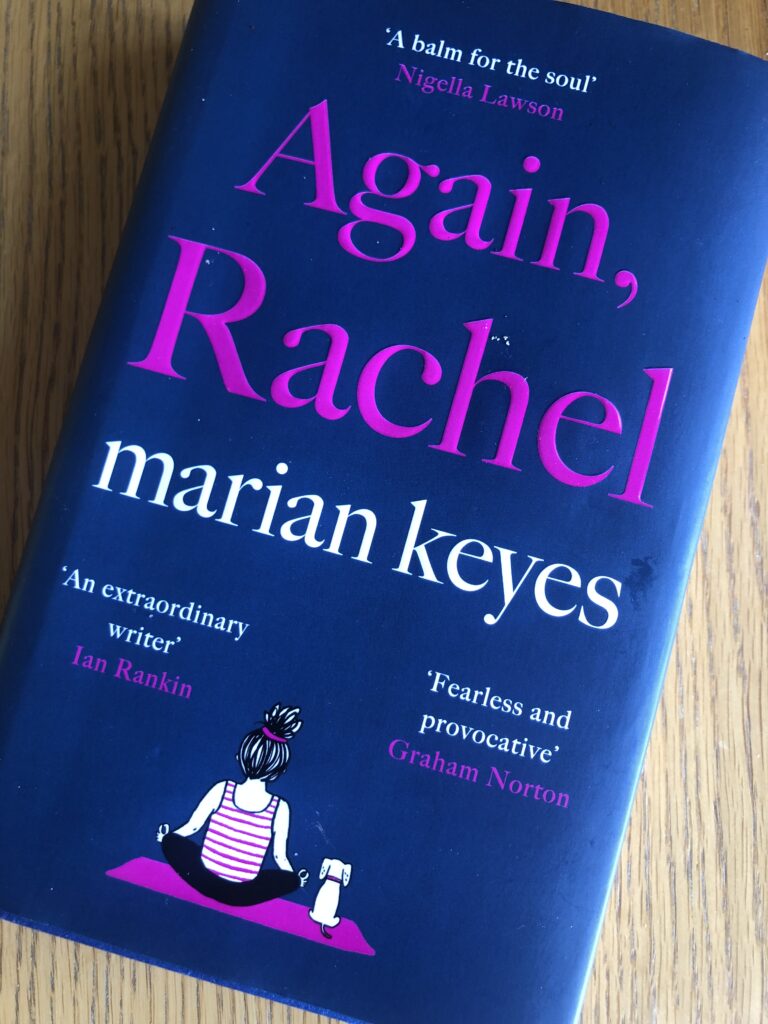