It’s been three months since my dad came out of hospital after a month with Covid-19, including time spent on a ventilator.

Since then, he has made a remarkable recovery. Within about six weeks, you would never have guessed he’d been ill. He’s got no long Covid. No depression or PTSD. It is incredible.

For me, I still get a couple of flashbacks a week to things that happened when he was in hospital. These memories are enough to bring tears to me eyes. I remember running to my mum’s house for the second time in a day – just hours after I’d run there because he’d been admitted to intensive care.

My neighbour said: ‘How’s your dad?’

I blurted out: ‘He’s going on a ventilator’ and I kept running.

She was the first person I’d told apart from my immediate family. That wasn’t how I’d intended to tell people, but sometimes there isn’t the time to do something gently.

I remember the absolute devastation two days later when the doctor called my mum and told her that my dad was the sickest person in the hospital.

THE SICKEST PERSON IN THE HOSPITAL DURING A GLOBAL PANDEMIC. That is scary. She was told that they were doing everything they could for him, but to prepare for the worst.

Then there was the absolute elation only a day later when he came off the ventilator. I was absolutely walking on air.

My dad was awake. Breathing. Sitting up in bed.

Now when I see images of patients on ventilators on the TV, I can’t believe that my dad was in that situation. That he had that many tubes, that much machinery, that many people around his bed monitoring him. It must have been just like that for him, but it’s so hard to get my head round.

Because the weird thing is, I never believed that my dad was that ill. Right until he went into intensive care, I was talking to him on the phone every day and when I asked how he was, he would say something like ‘I’m not too bad’. I thought he was just trying to humour us.

At the time he was first ill, my son’s fried was also ill with Covid-19. He’s 20 and couldn’t get out of bed for three days. My dad was 75 and still getting up, dressed and having a shave every day. My mum and brother thought he needed to be in hospital, but I thought he didn’t because he was getting out of bed every day. He wasn’t even as ill as my son’s friend!

There is no question that he really was that ill. That he is very lucky to still be here. That he could very easily have died.

(I wonder if he’d been ill in the first wave if he would have pulled through. Or if he’d been ill a few weeks later in the second wave, when the hospitals were getting overwhelmed? Would resources have been put into saving younger patients at the expense of my 75-year-old dad?)

But it turns out that I wasn’t mad for thinking that he wasn’t that ill.

Because, a few weeks ago, my dad said that the funny thing was: ‘That I never felt ill’.

He felt weak and tired (more so after the ventilator), but he didn’t actually feel ill.

We know now that Covid-19 behaves in multiple different ways. The way it behaved for my dad was particularly scary.

My dad was suffering from ‘happy (or silent) hypoxia’. His oxygen was depleted, yet he had no idea. He wasn’t breathless. He didn’t even feel ill.  This is why some people, particularly younger patients, have died of Covid at home, with no idea of how ill they were.

I’m so glad my mum and brother pushed to get him an ambulance when they did. My dad didn’t himself didn’t feel ill enough for it and I didn’t think he was ill enough, but his oxygen levels told a different story.

As we come out of the second wave and the coronavirus cases continue to fall, I’m hopeful that we won’t see a third wave. But, if we do, please remember my dad’s story!

Covid-19 makes you feel really ill. Except when it doesn’t. And not feeling ill can be the deadliest thing of all. 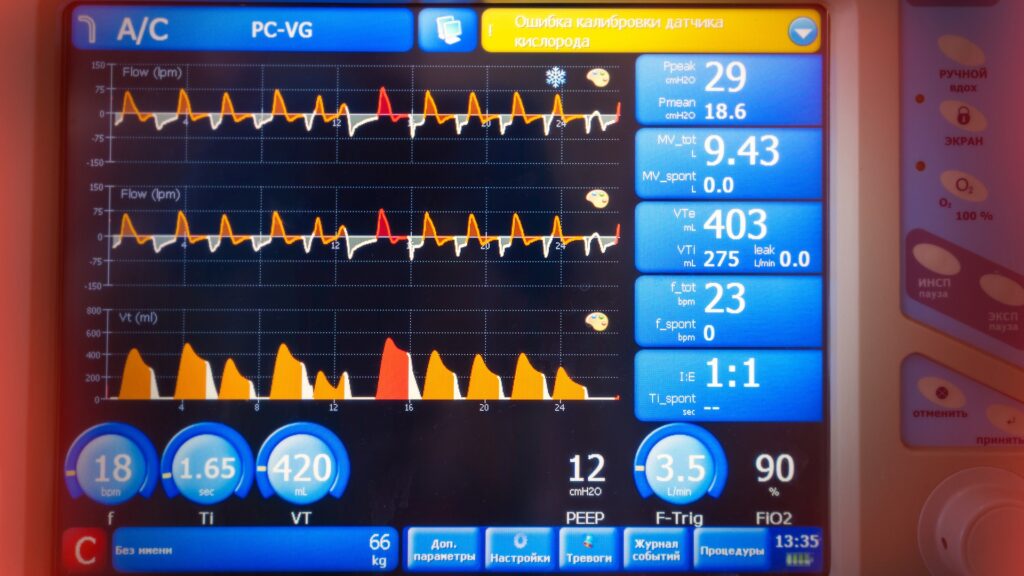